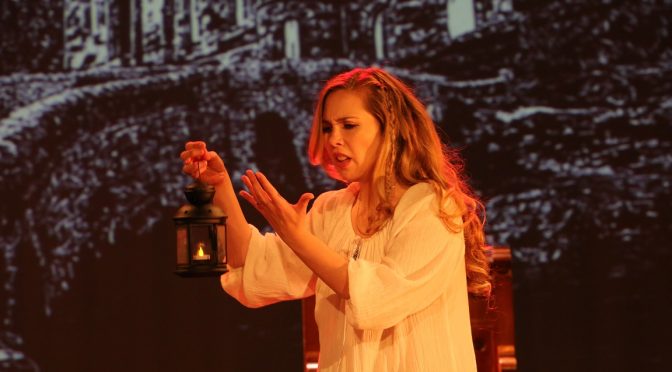 This intimate production of MACBETH is performed both on stage, and in and around the audience, as we follow Macbeth’s twisted mental landscape as he kills all his rivals to capture the Crown.

Many actors believe that the play is cursed, and refer to the play as  “The Scottish Play”. As written, the play has a minimum of 40 characters, usually requiring a cast of 19 actors. Director Roz Riley has created her extraordinary vision of MACBETH with just ten actors, and each night there are  video-projected  images which are drawn live by E. Strange.

The three Weird Sisters (The Witches) constantly change costumes and demeanour, to magnificently deliver the bulk of the huge cast of characters. The production was beautifully staged with the tension palpable throughout  and the fine ensemble cast delivering consummate performances. END_OF_DOCUMENT_TOKEN_TO_BE_REPLACED