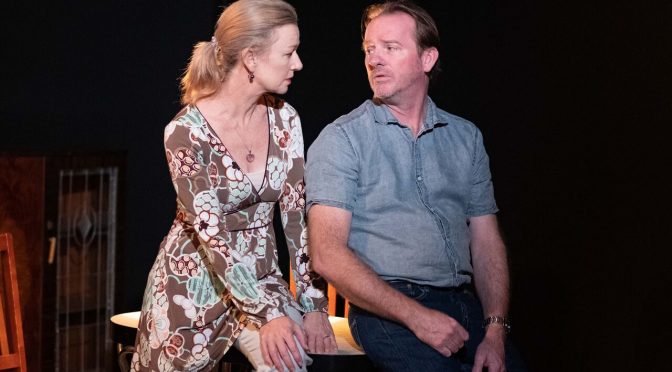 Sydney premiere. Starting at night on Jennifer and Bob Jones’s front porch, in a small mountain town, they meet and greet their brand new neighbours Pony and John Jones, who are now renting the house next door. Will Emo has carefully crafted a unique slow-burning and quite wistful play about two unrelated married couples absurdly both named Jones, who are getting to know each other, via highly eccentric and memorable Q and A.

Marriages under substantial stress, due to the constantly erratic but eclectic behaviour of both husbands. Praiseworthy direction by Julie Baz, and she has chosen an impeccable ensemble cast at the height of their craft, with each actor delivering earnest character-driven performances.

The two husbands, Bob Jones (Jeff Houston) and John Jones (David Jeffrey) are both dying, however they are keeping the exact same secret, that will be fully revealed in the Second Act. Discomfort easily generating laughter, their ever evolving back story, grows exponentially as multiple truths revealed.