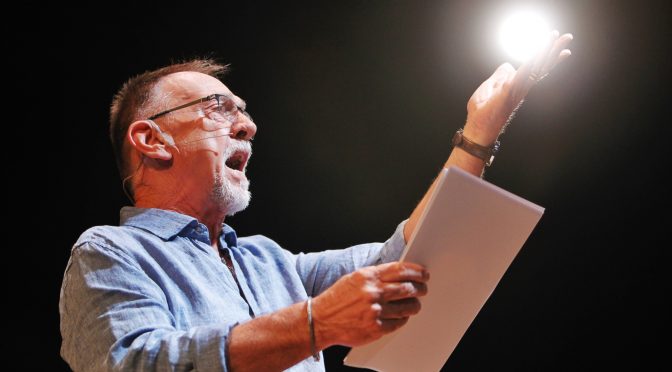 I must immediately acknowledge only a limited visit to Homer as a student of literature. It is the oldest western writing surviving, attributed to Homer (mostly – but that is the debate around many very old writers Shakespeare included). 3000 years old. Written in the mid eighth century BCE. Earlier than the festivals of Greek Tragedy with which we might be a little more familiar. So it sits, Epic, it is after all still 24 books told in 3 parts and 9 hours. But Zappa has allowed intentionally in his direction (supported by Sport for Jove and specifically Damian Ryan) to become a resonance of our very modern world. Attempting to make the world of Homer’s Iliad, at once, an Australian Soap Opera, an HBO series with recaps and reminders, and I thought inconsistently, a colloquialism that ‘played’ with his characters; be they kings, princes or indeed gods. END_OF_DOCUMENT_TOKEN_TO_BE_REPLACED