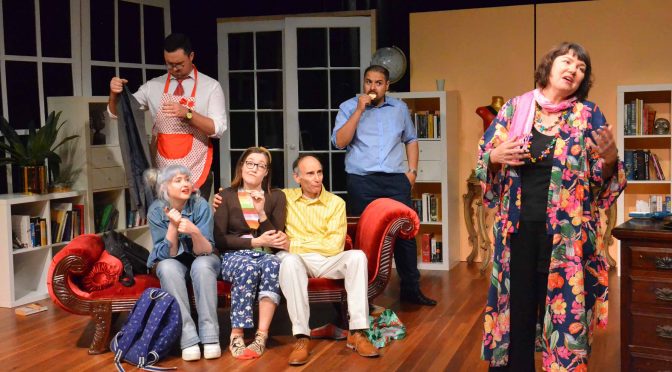 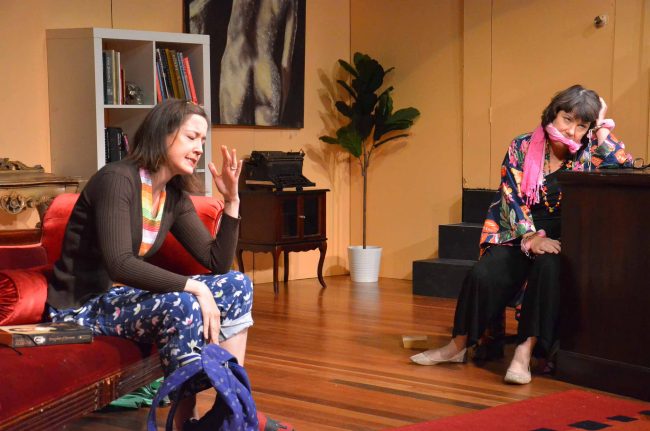 Lane Cove Theatre Company are running a fun show at the moment.  THE FEMALE OF THE SPECIES is by Australian playwright Joanna Murray-Smith and was a bit of a cause celebre when first produced in 2006 and it still manages to raise a few eyebrows with its blend of farce and feminism… and some every odd mansplaining.   And an hilarious first line.

Fictionarily referencing an incident when Germaine Greer was held at gun point by a student who claimed her life had been ruined by feminism, we first meet celebrity feminist author Margot Mason.  Margot is lying to her publisher, Theo, on the phone because she does not actually have any of her new book written.  There’s some serious writer’s block happening.  Molly arrives unknown and announced with a killer title for Margot’s new book.  Not long after, her daughter, Tess, will unceremoniously hurl herself through the French doors.  Following will be Tess’s husband, Bryan, and the taxi driver, Frank, who delivers the married couple at separate times.                         END_OF_DOCUMENT_TOKEN_TO_BE_REPLACED