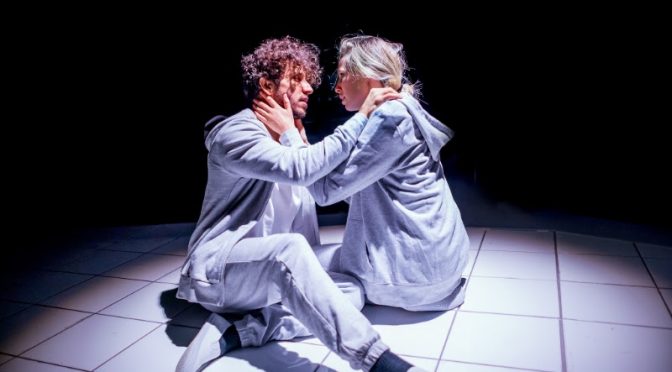 I am a big fan of this play  having seen it before in mid 2014 when the Sydney  Theatre Company put on a production directed by Sarah Goodes and starring Angie Milliken.

Prebble’s play is a four hander. Emilie Cocquerel and Firass Dirani play Connie and Tristan, two young people who are paid volunteers participating in a pharmaceutical company’s trial of a new antidepressant drug. Emma Jackson plays Lorna, the Doctor running the trial and Johnny Nasser is the supervising medico.

Dr Lorna’s hope that the clinical drug trial will go through smoothly are dashed when Connie and Tristan fall for each other and begin relations. Are Connie and Tristan falling for each other because of the effect of the happy pills they are taking? Will their relationship continue after they leave the clinic? Will Lorna have to abandon the trial because of their aberrant behaviour?! END_OF_DOCUMENT_TOKEN_TO_BE_REPLACED 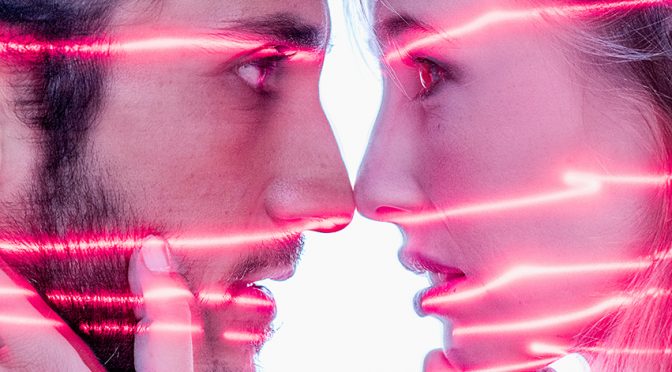 The Effect is a clinical romance. Two young volunteers, Tristan and Connie, agree to take part in a clinical drug trial. Succumbing to the gravitational pull of attraction and love, however, Tristan and Connie manage to throw the trial off–course, much to the frustration of the clinicians involved. This funny, moving and perhaps surprisingly human play explores questions of sanity, neurology and the limits of medicine, alongside ideas of fate, loyalty and the inevitability of physical attraction. 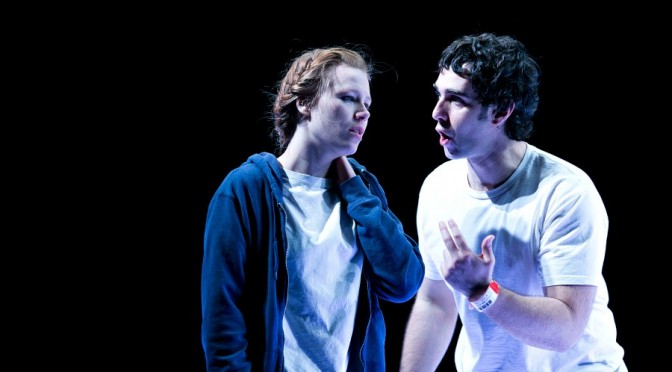 Connie and Tristan spend a lot of time in each other’s company and, against all the rules, they start to fall for each other. Their romance threatens to play havoc with the rigor of the trial.

It’s an intriguing scenario for what turns out to be an engrossing night in the theatre.

The play’s intense tone is set very early on when Dr James comes on stage with a human brain in her hand, a moment that brings to mind the classic graveyard scene in Hamlet.

The audience is drawn in to following the four feisty characters and the conflicts that emerge between the two pairings. Tristan and Connie argue as to whether the feelings emerging between them are natural or the result of being under the influence?!

Dr James and Dr Toby come from polar opposite positions of the psych drug debate. Dr James sees drugs as often being the soft option, Dr Toby believe they are the genuine balm for depressive illness.

The four actors, Angie Milliken and Eugene Gilfedder as the medicos and Anna McGahan and Mark Leonard Winter as the bold youngsters, ‘hold’ their characters well.

The effect of Prebble’s play is that the arguments and debates between the characters reverberate long after the show has come to an end.

To end on a quote from the Bard.

‘What a piece of work is man…how noble in reason, how infinite in faculties, in form and moving how express and admirable, in action how like an angel, in apprehension how like a god! The beauty of the world, the paragon of animals- and yet, what is this quintessence of dust? Man delights not me-’

I guess Shakespeare would be on anti-depressants if he was alive now. A diluted Shakespeare. An awful thing to contemplate.