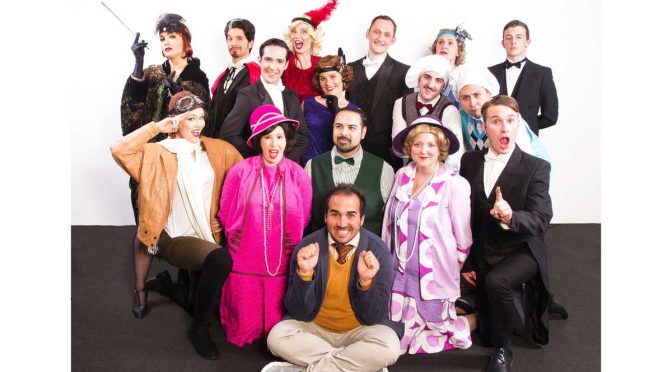 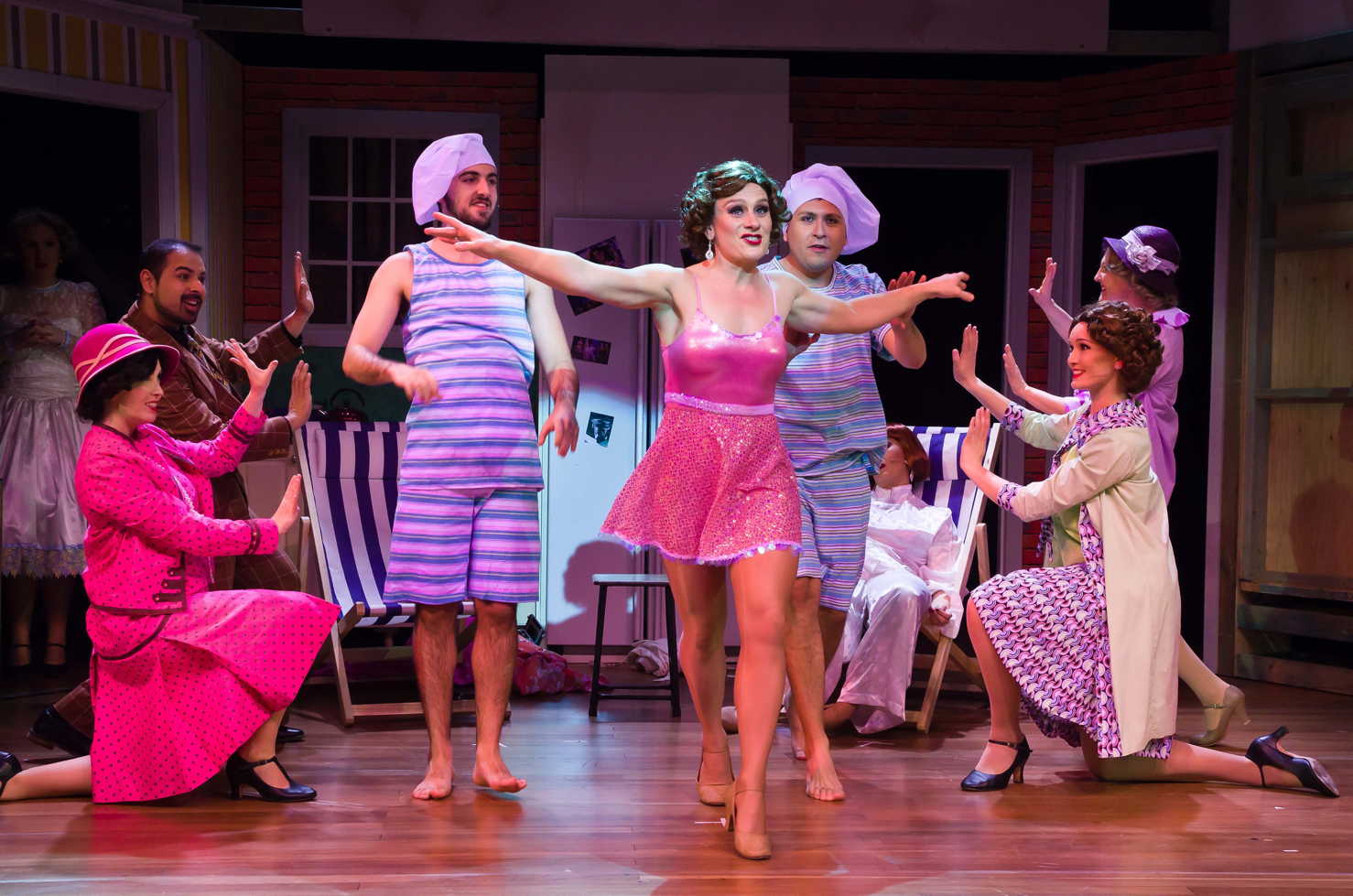 A constant Narrator (Man in Chair) played superbly and authentically and with gusto by David Verdejois, is the ultimate Broadway Nostalgia Fan, who acknowledges and talks to the audience, taking the entire audience through the delicious delights of his favourite musical. Stopping and then re-starting the musical, to provide the audience with his clever behind-the-scenes insightful commentary on the music, the play, the actors, the characters, and the tap-dancing.  Plus an unexpected bedroom arrives, and an unusual entrance double-doorway opens onto the stage.                    END_OF_DOCUMENT_TOKEN_TO_BE_REPLACED 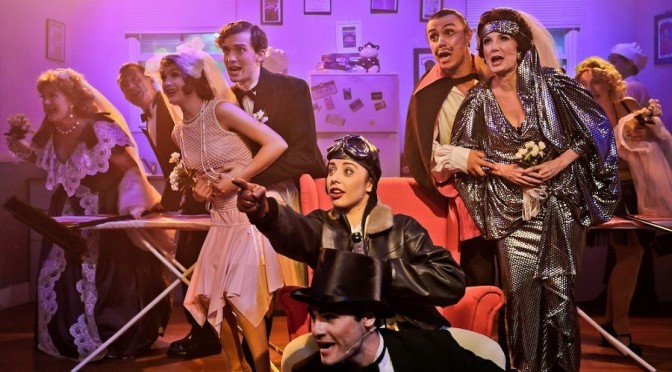 Sheer theatrical delight , this is a superb production of this rarely seen show.

I saw the brilliant London version ( it’s also been on Broadway ) and it has been performed in Melbourne with Geoffrey Rush as Man in Chair , but so far as I am aware Sydney has not had a chance to be enchanted by it previously .

Under the scintillating direction of Jay James-Moody , the superb ensemble glows .With its clever staging and terrific cast the production sparkles and delights. With its infectious rhythms , all-singing, all-dancing superb cast wonderful Squabbalogic have done it again !.

For musical theatre fans it is witty distillation of history and an analysis of theatre itself.  The show is a loving parody of 1920’s musicals purporting to be a record of a November 1928 musical that comes alive in the’ Man in Chair’s enthusiastic imagination. END_OF_DOCUMENT_TOKEN_TO_BE_REPLACED