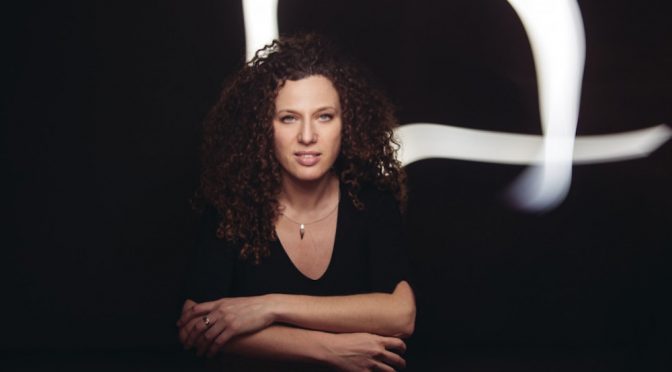 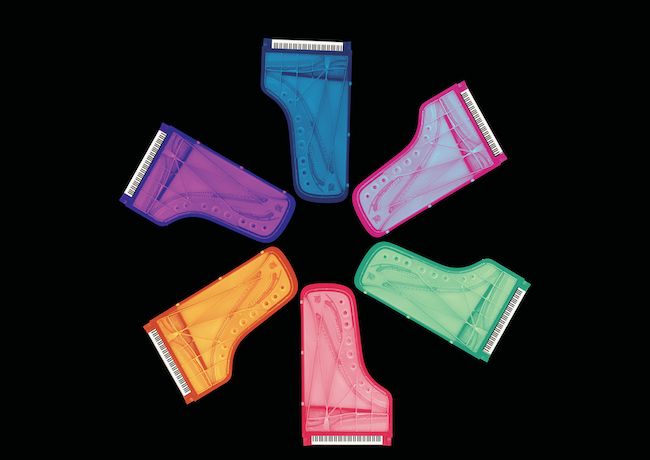 Beginning with the genius of Bach, the program also features past and present Australian composers and a generous helping of Latin dance rhythms.

For a concert pianist isolation is the norm: practising alone and performing solo –so what happens when six of them come together in Sydney’s Town Hall?

In 12 Hands 6 Grands, the Sydney International Piano Competition’s Artistic Director, Piers Lane, has invited six of Australia’s best female pianists to join in a rare collaboration. Some are laureates of the competition, all are luminaries of the piano.  END_OF_DOCUMENT_TOKEN_TO_BE_REPLACED 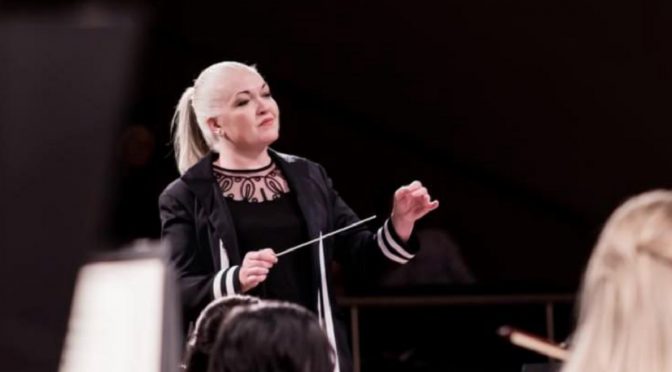 The audience at the ABC Centre’s Eugene Goossens Hall were treated to an all-Russian programme from TMO for its Met Concert #4. Titled ‘Fever’, It presented works from the nineteenth and twentieth centuries by three giants of the Russian music scene . From the evening’s striking opening chord, it was clear that the Russian music would be celebrated with focussed energy, interpretative skill and frisson by the Australian artists.

Joining this busy Australian orchestra as soloist was pianist Tamara-Anna Cislowska. Through her recording, broadcasting, editing and concert work , Tamara-Anna has proved herself over and over to be one of this country’s great musical humans. Who better to join the joyous musical souls of the large-format TMO to clearly  present the heat and diverse complexities of the programmed Russian music. END_OF_DOCUMENT_TOKEN_TO_BE_REPLACED 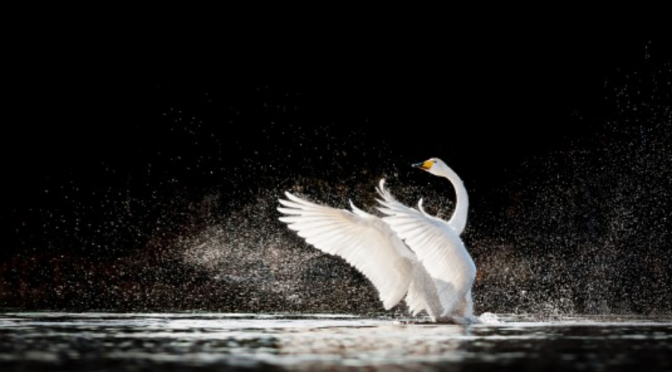 The breathtaking music of WILD SWANS IN CONCERT is inspired by Hans Christian Andersen’s The Wild Swans. A young girl Eliza is driven from her home by her wicked stepmother who turns her eleven brothers into wild swans.  To break the spell, Eliza must knit eleven coats out of stinging nettles, find the swans and dress them in their jackets – all while keeping silent.

Elena Kats- Chernin found her voice in music at a young age and has been captivating audiences for decades. Even if you don’t know her name, you’re bound to have heard her music, whether on the radio, online, at the Olympics or in the Sydney Opera House.  Recently celebrating her 60th birthday, both stage and auditorium were packed for this much loved performer’s birthday concert. So if you weren’t at the birthday party now is your chance to hear her work.

On Saturday, The Joan proudly presents Kats-Chernin’s breath-taking piano and vocal score in concert format, with two of Australia’s most outstanding pianists – Tamara-Anna Cislowska and Elena Kats-Chernin – playing live on stage, joined by New York based Australian soprano Jane Sheldon, who is described by the Sydney Morning Herald as ‘superb, with a voice of penetrating beauty, precision and variegated colours’.

Elena Kats-Chernin’s haunting and evocative music to Meryl Tankard’s ballet Wild Swans captivated audiences around Australia when it was first performed by The Australian Ballet and broadcast on ABC TV.

This incredible piano score will be played by four hands on one piano with Sheldon’s spectacular soprano voice rising above the music, and will be accompanied by photographic images created and curated by the extraordinary photographer and visual designer Regis Lansac.

Elena Kats-Chernin is one of the most cosmopolitan composers working today and her love of extreme and dramatically vivid music – from joy to thunder; whimsy to roar – takes audiences on a journey of exquisite beauty in Wild Swans.

WILD SWANS IN CONCERT, Saturday 11 November 7.30pm, is a must for all lovers of fine music – finishing The Joan’s 2017 Fine Music series on a high note, in the hands of a musical dream team. 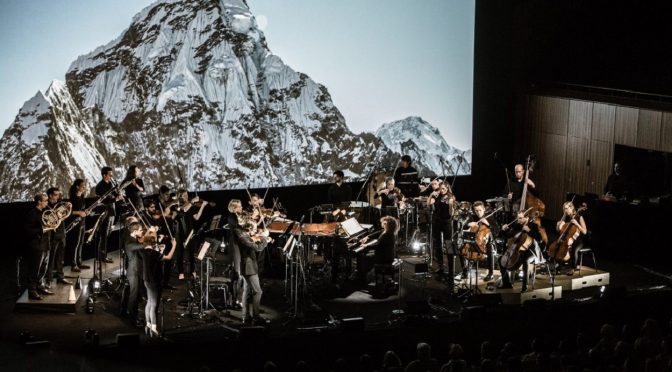 This event, a collaboration between the ACO and Jennifer Peeedom , will leave you overawed and breathless at the savage beauty of nature and music. It is in a similar vein to the ACO’s 2012 multimedia project The Reef it is full of stunning visuals (the film is directed by Peeedom with Renan Ozturk as principal photographer) and also features bravura playing by the ACO in dazzling form as led by Tognetti, who has some dramatic , shimmering and fiery solos.

The work is an epic exploration of the often fraught relationship between humans and mountains which really began with the Romantics. The film is narrated by Willem Dafoe, with text written by Robert Macfarlane – whose book Mountains of the Mind inspired Peedom’s approach to this project.

The film itself is a poetic rumination on humans’ relationship with mountains and explores the nature of our modern fascination with mountains – WHY are we so captivated by them? but there is little detail conveyed in the narration – Although some of the issues explored in Peedom’s 2014 film Sherpa are briefly mentioned – instead , Dafoe asserts broad ideas for which the film provides breathtaking images. END_OF_DOCUMENT_TOKEN_TO_BE_REPLACED 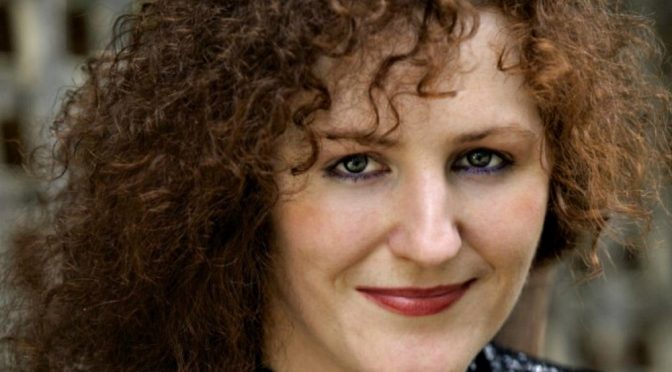 One hundred years after the First World War, bullets, bones and bombs are still being discovered by farmers in the fields of France. They remind us of the men of Australia, New Zealand, Britain, Germany, and France who died so painfully in the trenches in the rain and mud.

I was privileged to be at this latest Live at Lunch concert and hear this luminous, soulful performance.

The marvellous quartet of musicians consisted of Jane Rutter on flute, Tamara-Anna Cislowska on piano, David Pereira on cello and Christopher Lantham ( the director of The Flowers of War) on violin. Rutter wore a striking kimono/suit like outfit in turquoise and black the other performers were in orchestral black. END_OF_DOCUMENT_TOKEN_TO_BE_REPLACED 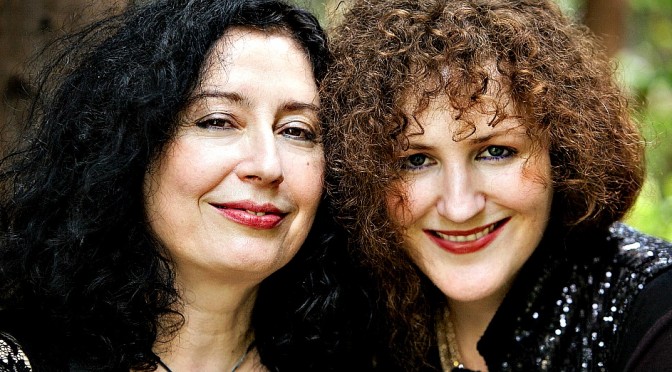 This concert was latest in the terrific series Live at Lunch, as coordinated by Jane Rutter.

Rutter’s guests this time were renowned pianist Tamara Anna Cislowska and composer Elena Kats-Chernin. Russian classic favourites arranged for four hands and flute were interspersed with works by Kats-Chernin. The majority of the works were played as a four-handed version on the shiny black Steinway gleaming lustrously on the platform as Rutter accompanied on the flute.

Rutter was in white with a red stole , Kats-Chernin wore a black outfit with bronze detail and Cislowska wore a wonderful outfit of black velvet trousers Russian in style and with gold detail and a black top. All three took turns introducing the various works to the audience.

The concert opened with the slinky, fiery Slicked Back Tango by Kats-Chernin, followed by her rippling, delicate, crystalline and sparkling Dance of the Paper Umbrellas. At one point, the piece sounded like raindrops were dancing.

We were then treated to a powerful, sultry and hypnotic version of Ravel’s Bolero with its relentless repeated rhythm. It felt a bit like Rutter was drowned out a little  towards the end with the rather overwhelming piano.

Next piece was a suite of three dances from Tchaikovsky’s The Nutcracker, – a sharp, spiky version of The Dance of the Sugarplum Fairy,  a slow, languidly flowing and pulsating Arabian dance, and a breathlessly fast tumbling and cascading Russian Dance with Rutter accompanying on piccolo and not the flute.

Next came Kats-Chernin’s shimmering, tumultuous Vocalise that surged, ebbed and flowed like the sea.

Rachmaninov’s piece, however, as played by Cislowska and Rutter, was lyrical, featuring a dialogue between the two instruments with the flute soaring.

Cislowska then talked a little about Lizst’s Hungarian Rhapsody No 6 which apparently has the largest passage of octaves in the classical repertoire, and is renowned for being fiendishly difficult to play. Cislowska gave an exceptional, powerful and passionate performance that culminated in a fiery conclusion.

Kats-Chernin’s Russian Toccatta had a quiet, contemporary sound with its rippling cascades, very fast passages and a breathless finish. Her exquisite Eliza Aria twinkled like stars and was performed with enormous heart.

The Russian Rag, also by Kats-Chernin, followed, with its striking rhythms, and a hint of a Gershwin influence.

The audience reaction was such that an encore was demanded – a very fast exuberant version of Tchaikovsky’s Waltz of the Flowers, again from The Nutcracker suite. We then had to leave for lunch, and to buy  the new Kats-Chernin CD entitled Butterflying.

The Live At Lunch concert Russian Rhapsodies : Four Hands and The Flute took place at the Concourse  Chatswood on Wednesday 11th May. 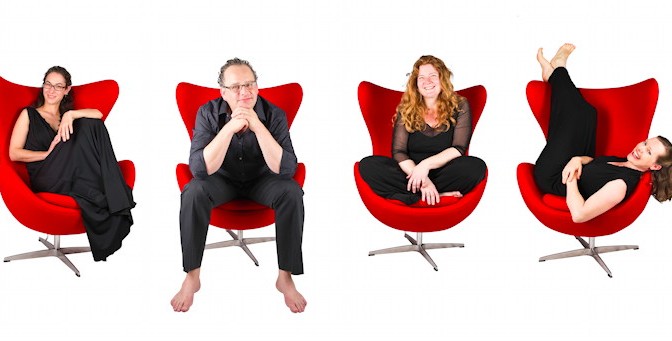 Next was Elena Kats-Chernin’s “Five Chapters” composed for piano quintet, in a new arrangement prepared for guest pianist, Tamara Anna Cislowska. This represented the longest piece of the first half- just under a half an hour long. END_OF_DOCUMENT_TOKEN_TO_BE_REPLACED