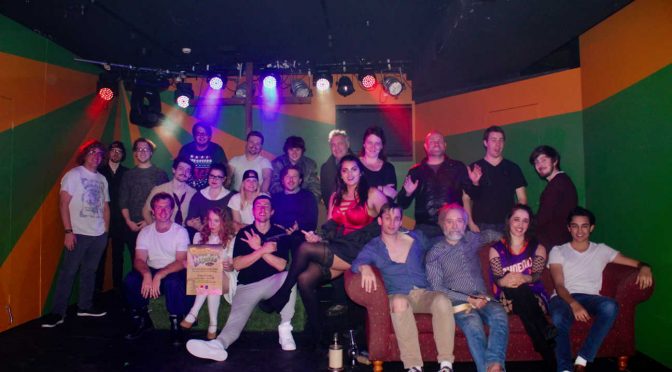 This was a delightful musical parody of the 1936 cult fake-news movie documentary. Concerned parents are lectured on the dangers of the new evil drug, Marijuana, that will turn all their virtuous teenagers into drug-addicted, sex-crazed, jazz music lovers, suffering from the munchies. Today on the cusp of global marijuana legalization and medical marijuana breakthroughs, and with the benefit of hindsight, this satirical musical provides hilarious hazy insights into our current political climate of  conservatism combined with bigotry. END_OF_DOCUMENT_TOKEN_TO_BE_REPLACED