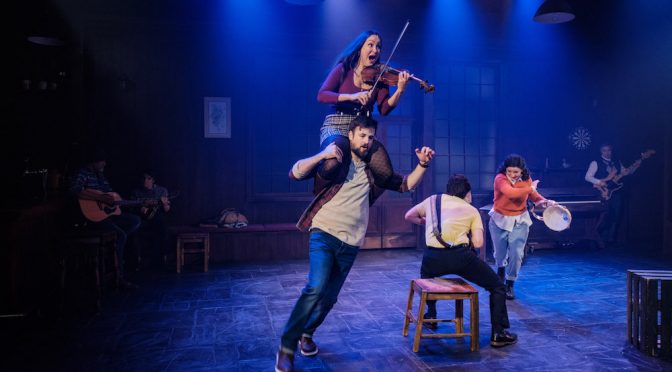 ONCE is a story about a guy and a girl who connect through music. The audience can connect with the story as it is real, touches us with its humanity, and is enlivened by wonderful singing, highly skilful musicians and warm and soulful songs.

The show is based on Ken Carney’s 2007 Irish film of the same name and features the music from the film plus a couple of additional songs by the original songwriters, Markéta Irglová and Glen Hansard.

Set in Dublin, Ireland, the play starts with heartbroken Guy busking and meeting a Czech immigrant, Girl, who takes him to a piano shop where she is allowed to play piano. Guy and Girl sing and play his songs together in the piano shop. Girl feels he should use his songs to win back the girlfriend who abandoned him and went to New York. This leads to Guy meeting other members of the Czech community and regaining his interest in music. The story plays out from there with humour, passion and lots of energy.

The singing and playing of lead actors Stefanie Caccamo and Toby Francis is impressive as are the performances of the whole cast. A variety of instruments are seamlessly woven into the story. The cast play numerous guitars, fiddles, piano accordions, a cello, a piano, a mandolin plus a few percussion instruments.

For those that are generally repulsed by musicals you can be assured this is unlike a typical over-produced musical in the vein of a Disney or Andrew Lloyd Webber vehicle.

This is a story about the transcendent power of love, the intrinsic power of community and how the joyfulness and emotion of music has its own special potency, and it is backed by music on acoustic instruments, sensitively amplified, that gives it a lovely warmth and immediacy.

A Dralinghurst Theatre Company production, ONCE is at the Eternity Playhouse, 39 Burton Street, Darlinghurst until 31st July and is highly recommended. 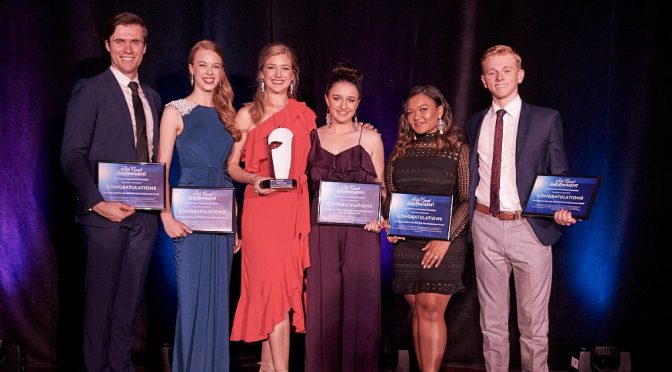 The winner of the 2017 Rob Guest Endowment Award was announced last night during the Grand Final Event held at the Capitol Theatre Rehearsal Room. Competing against five other outstanding Semi-Finalists with her performance of Glitter and be Gay and When Did I Fall in Love, Georgina Hopson took out the prestigious award after being chosen by an expert panel of judges, which included Roger Hodgman, Kellie Dickerson, Sharon Millerchip, Michael Tyack, Guy Simpson and Suzanne Jones. END_OF_DOCUMENT_TOKEN_TO_BE_REPLACED