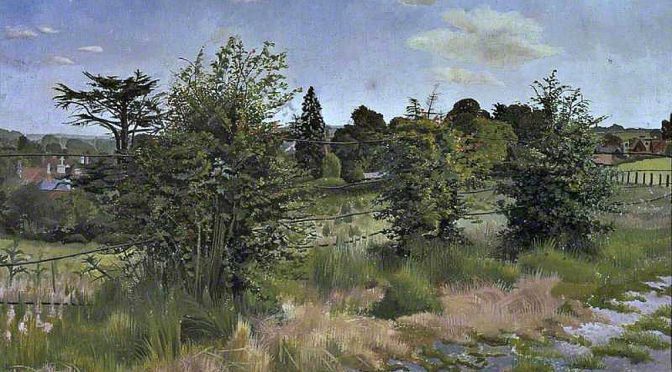 Exquisitely, beautifully illustrated this is a large coffee table book, a fascinating visual feast . It is linked in with the first major exhibition of the artist’s work in Australia which has just finished at Carrick Hill in Adelaide .It follows the story of Stanley Spencer’s various muses and the subjects that made him one of the greatest forces in British painting.

Stanley Spencer (1891-1959) is regarded as one of Britain’s most significant twentieth-century painters. Shortly after studying at the Slade School of Art, Spencer became well known for his paintings depicting Biblical scenes occurring as if in Cookham, the small village beside the River Thames where he was born and spent much of his life. END_OF_DOCUMENT_TOKEN_TO_BE_REPLACED