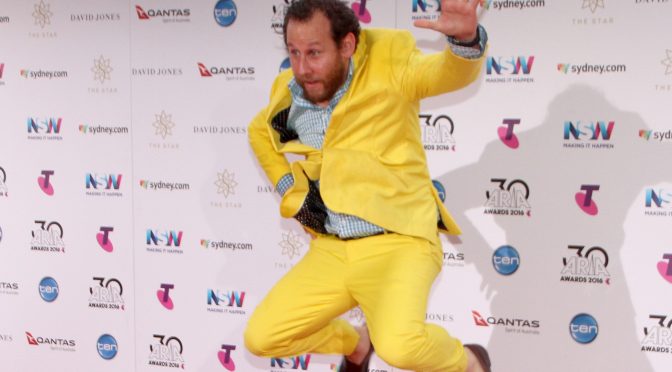 The 30th Anniversary of the Arias was held at the Star in Pyrmont on 23 November. A rainy and thundery afternoon could not dampen the glitz and sparkle of the red carpet and the joy and enthusiasm of emerging performers.

As was the case with last years Arias which was dominated by Tame Impala, this year 5 awards were taken out by Flume, a soundscape DJ who reminded me of David Guetta.

The Arias often have a major international pop star and this yeat it was Robbie Williams.

In addition Kylie Minogue made a surprise appearance with her fiance Joshua Sasse to advocate for marriage equality in Australia. Another welcome appearance from an ex patriate was Ben Lee who is now based with his family in Los Angeles.

Thirty years ago CROWDED HOUSE captured the inaugural award for Best Young Talent and this year, as if to fulfill that promise, they were inducted into the Aria Hall Of Fame.