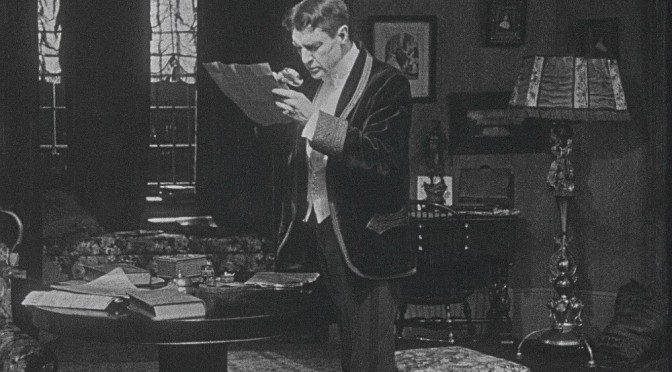 Part of Australia’s Silent Film Festival at the State Library of NSW it was standing room only for the Australian premiere of the restored SHERLOCK HOLMES starring William Gillette. Our accompanist was the accomplished Mauro Colombis.

This film was long considered regrettably lost until the magical discovery and identification of a complete duplicate negative in the vaults of La Cinematheque Francaise last year. Great news! It has been a major ‘missing link’ in the history of Sherlock Holmes on screen. Produced at Essenay Studios in 1916 ( so , the middle of World War 1), Gillette at the time was regarded as the foremost interpreter of Holmes on stage, having played him approximately 1, 300 times since his 1899 debut. Gillette was a forerunner of some of our other favourite Holmes for example Rathbone, Barrymore, Brett and now Cumberbatch.                       END_OF_DOCUMENT_TOKEN_TO_BE_REPLACED