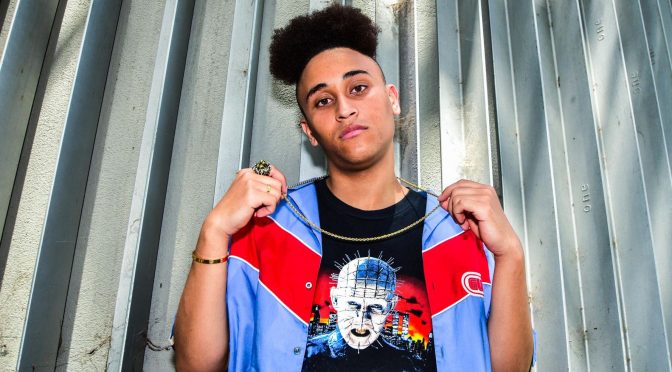 Dropping his latest single Tomorrow on Friday 30th October, the song and its accompanying video tell an entertaining but important and true story of the rapper’s own experiences with discrimination and coming out. Written about his partner, Tomorrow follows the feelings that accompany first (same sex) love, and is performed in both English and Swahili, the latter an act of defiance by the artist whose motherland of Kenya still considers homosexuality a crime. Filmed in a classroom and leading to a scene where James is dragged to the principal’s office to have his head forcibly shaved, it was his own experiences that shaped the narrative.  END_OF_DOCUMENT_TOKEN_TO_BE_REPLACED 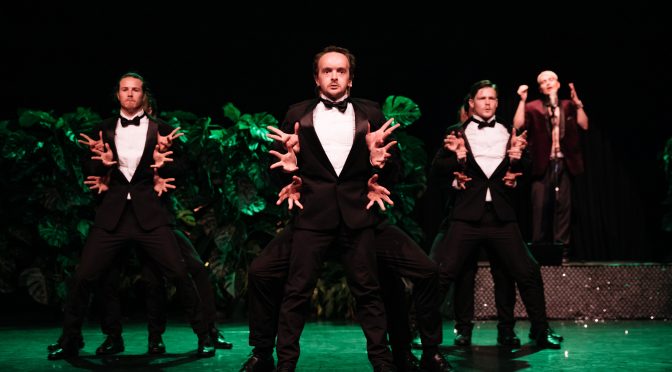 To break the chains that turn flesh rancid and to breach the fetters that bind the heart, takes the gall and grit that only a freak of Shakespearean audacity can ignite without being consumed in the brazen fire of Art.

Very few have what it takes to throw off the well tried practice of well worn kudos and established norms and come out triumphant. Among the rare, happy few is choreographer Shaun Parker.

If you want to be blown away by a choreographic language as gutsy and heart wrenching as Shakespeare’s poetry, don’t miss KING by Shaun Parker and Company.                   END_OF_DOCUMENT_TOKEN_TO_BE_REPLACED 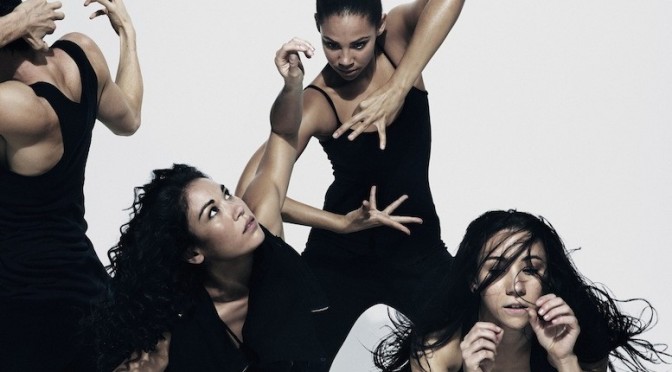 With AM I, Shaun Parker & Company continues to redefine Australian dance and identity. This work relies heavily on traditional Indian forms of performance and Chinese martial arts, to create a new contemporary dance that is not only about Australia but also an international landscape. As societies come to terms with technological advancements and multiplicity in their cultural compositions, art begins to conflate and we seem to be arriving at a time when a universality, in creativity and practice, usurps geographical differences. Shaun Parker’s work is international not only because of its high standards, but also because of its global language.

END_OF_DOCUMENT_TOKEN_TO_BE_REPLACED Delighted, intrigued, mesmerised, astounded. These were the gamut of emotions I shared with the opening night audience at HAPPY AS LARRY last night at the Seymour Centre. It started fifteen minutes late due to a technical hitch, but it was certainly worth the wait.

There were stunning performances from every one of this stellar cast of near consummate dancers.  (I saw a news item on the ABC featuring contemporary dance from the Sydney Dance Company this morning which only served to highlight the extreme talent of all concerned with this show!) .  Their acrobatic and isolation skills met every challenge of perhaps the most innovative choreography this reviewer has seen and wove an almost hypnotic trance over the audience from start to finish.

Of special note were the routines from Timothy Ohl and Sophia Ndaba, the set and general design from Adam Gardnir and the composition from composers Nick Wales and Bree Van Reyk.

My only reservations were that the volume of the music reached ear piercing levels near the end and was indeed a bit predictable by that stage.  Also, although I definitely saw the Boss and the Mediator characters, I felt the others were a little hard to discern and in retrospect I would have nominated determined rather than happy as the overarching feel of the show.

Nevertheless this show is a spectacular must see.

Shaun Parker & Company production HAPPY AS LARRY opened at the Seymour Centre on September 10 and plays until September 14, 2103.