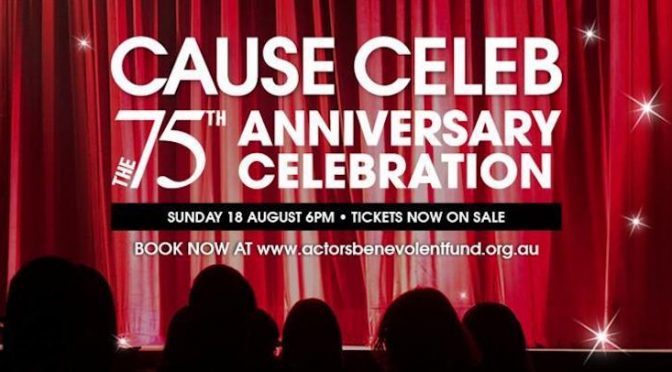 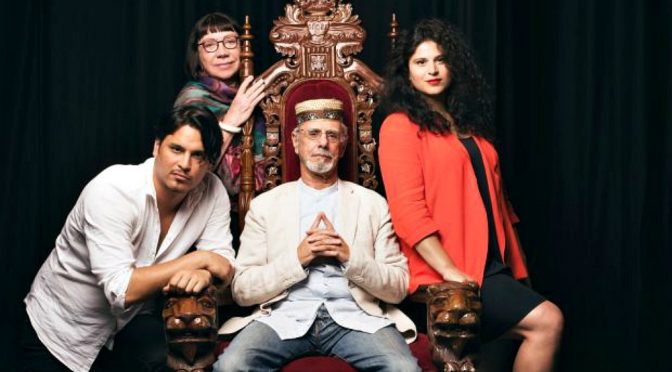 Created and directed by Wayne Harrison this is an experience which is intimate and alive: the food is delicious and the storytelling expert. END_OF_DOCUMENT_TOKEN_TO_BE_REPLACED 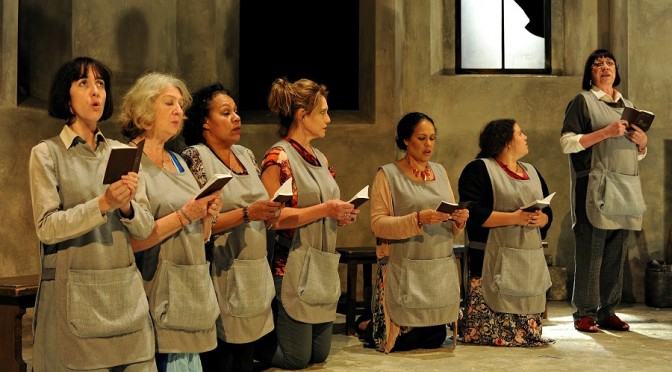 This extraordinary, disturbing and challenging play storms defiantly onto the small stage of the Lennox at Parramatta. This play received its premiere production back at the inner city Belvoir theatre in 2007.

Playwright Alana Valentine has skillfully woven together true stories of women who were former inmates of the notorious Parramatta Girls Detention Centre.

Under the exceptional direction of Tanya Goldberg, and starring a galaxy of fabulous Australian actresses, this vibrant, confronting and sometimes quite witty and funny play enthralls and challenges whilst play exploring the defiance, endurance and psychological legacy of being labelled a ‘Home girl’.In Valentine’s play, eight former inmates return to the notorious Parramatta Girls Detention Centre for a reunion forty years after it was shut down. For the lucky few it’s a way to find healing, for others it’s a way to dispel the ghosts, for all of them it is a way to share the pain.

The staging is also rather minimalistic, with a few tables /chairs/buckets as required which allows for the fluid ,cinematic scene and time shifts.Verity Hampson’s lighting is very atmospheric and effective with a wonderful use of shadows.

We discover both the physical and emotional/psychological scars that are at first glance hidden. Valentine’s play features some very powerful monologues and also includes story telling and songs. It is a tribute to the mischief and humour in the face of hardship suffered by countless girls, forgotten Australians who were victims of this harsh juvenile detention centre.

We hear some of the stories of abuse and neglect of the girls by the State and at the hands of the people officially appointed to look after them. There are nightmarish ‘play’ scenes where the inmates act out sentencing, pretend to be the Matron and the notorious ‘Doctor Fingers’.

We learn of the exhausting scrubbing punishment,the isolation cells and the semi-mythical ‘dungeons’. There is a coverall dingy grey uniform they wear when ‘inside’.  It is an analysis of their struggle to survive and beat the system – if they can. Harsh, streetwise girls are mixed with naive far more innocent ones who do not understand ‘the system’ and haven’t a hope of survival. On this return visit , some crack and dissolve in tears , can’t face going back,some snap and scream ‘let me out’ ,– yet the door this time can be opened any time they wish.

The girl’s babies – if they had them – were removed at birth and placed for adoption. We learn about desperate attempts at abortion and other attempts to get into sick bay, to escape even temporarily…

We have Judi’s (delightfully played by Annie Byron) opening monologue about billycarting and her being self conscious about her bleeding elbows and the harsh treatment she received. (At one point the rest of the women wear elbow bandages in solidarity).

Christine Anu is excellent as feisty Coral,who has a delightful monologue about a group bus trip to Kings Cross among other things. Later it is revealed that she is illiterate and the case workers have badly written up her reports.We see Coral become one of the leaders of the riots for better conditions , an act that most unusually unites all the women in protest.

There’s Lynette’s (wonderful Vanessa Downing )’s mantra of self worth – she is NOT a ‘waste of space’.

A haunting, delicate performance was terrifically given by Holly Austin as ghostly, tragic Maree. In one very sad scene she is forced to rip the arm off her beloved teddy bear, becoming one who falls through the cracks in the system until it is too late.

Hard, streetwise and brash ‘bad girl’ Melanie is given a tremendous performance by Anni Finsterer. We learn that outside she becomes a mother with fierce love for her children.

Sharni McDermott and Tessa Rose as Kerry and Marlene enable us to follow the plight of the many indigenous girls who were inmates ,the racism in the system and how badly they were treated too.

Sandy Gore as Gayle gives a great performance , ending the play on an ironically rather hopeful note with her monologue about all the charity money she raised and winning a motherhood competition.

A shattering, disturbing play with a glorious cast that is highly recommended. There is a fascinating display as the audience enters about the history of the Institution and a wonderful eerily atmospheric exhibition by Heidrun Lohr.

Running time 2 hours 20 mins (approx) including one interval. PARRAMATTA GIRLS is playing at the Lennox at the Riverside Theatres until the 17th May.