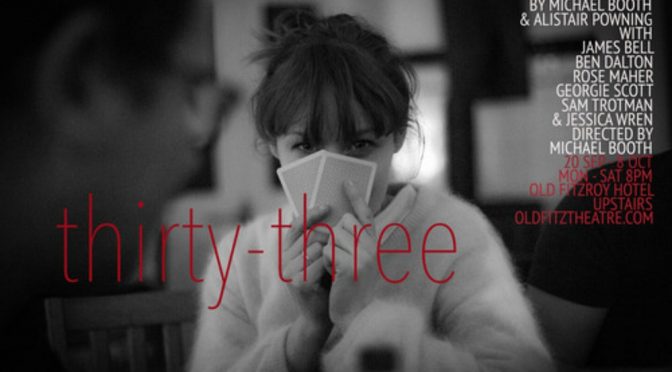 A good dose of theatre verite takes over the top tier of the Old Fitz pub as resident production company curate the first of a new series of performances, THIRTY THREE.

THIRTY THREE is not only the title of the play but the capacity of audience allocation as viewers sit along three walls and watch a dinner party thrown by Sas to celebrate her thirty-third birthday degenerate into a debauched debacle. END_OF_DOCUMENT_TOKEN_TO_BE_REPLACED 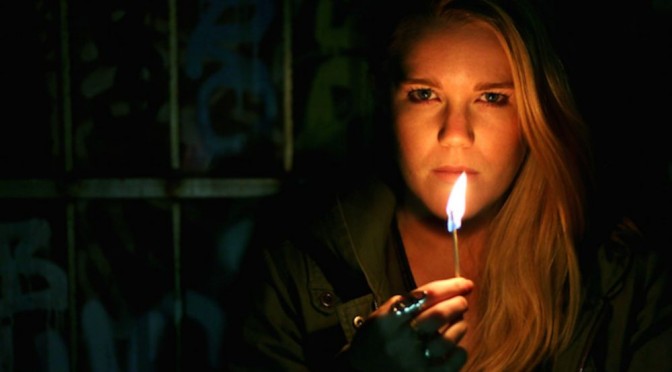 Don’t read this review. Seriously. If you are a lover of unique, intimate and relevant theatre, simply open a new tab, go to the Sydney Fringe site and book tickets to CRAZY BRAVE. The reason for the urgency? This show is one of the must see of the Fringe season and word is already travelling.

Written by Michael Gurr, political speechwriter, most notably for Steve Bracks, author, broadcaster and playwright, CRAZY BRAVE was written in 2000 but it is as crisp and germane as if it was newly minted.

A motley group of young people who are pretty much against everything are contrasted with Harold, an old time commie whose rebellion against the establishment has landed him on hard times. Harold fought from within. The modern fight is more blatant. Where will your loyalties lie when you experience this show? END_OF_DOCUMENT_TOKEN_TO_BE_REPLACED 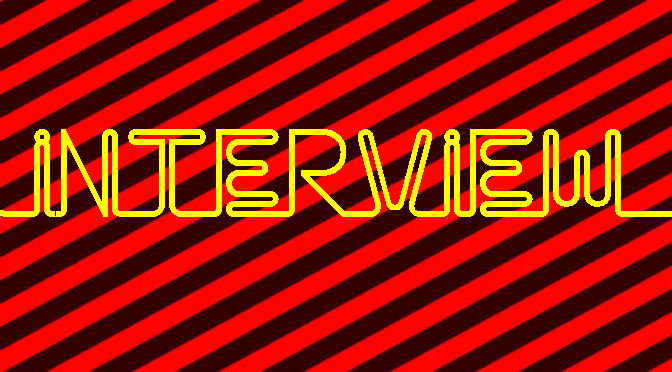 I recently had a chat with Anthony Skuse who is adapting and directing the upcoming production of Anton Chekhov’s PLATANOV (1878) which is moving into the ATYP Studio theatre in early November.

Skuse spoke of how the great Russian playwight wrote this work, his first full length piece, when he was only 21 years old. The piece was originally untitled and is also known as Fatherlessness and A Play Without A Title.

A sensitive young writer, he had the play locked in his desk drawer for many years, wary of showing it to anyone, in fear of rejection.

“The piece is a bit of a messy, sprawling work. If it was produced in its raw form it would run for about five hours. I have kept the play in its original setting and time period (Russia in 1881) but have cut the play back to a couple of hours and reduced the number of characters from twenty to fifteen, each part played by a different actor.

“PLATANOV is very much a work by a young writer. Chekhov puts everything into it. His love of theatre comes through very clearly. The themes espoused in the play are themes that Chekhov would explore throughout his career.”

The play follows a group of intense young people, led by the main character Platanov at a very touchy point in their lives. In their twenties, they are seeing the passion and idealism of youth become more and more tempered by the coldness and harshness of life experience. This has led them to feel disillusioned, even more to the point angry, that life isn’t turning out they want it to.

“I expect that audiences will have quite a strong and personal reaction to this production. I want it to be an intimate production. How I want people to experience the show is that it will be like they are seeing these young people’s lives, relationships and where things go wrong played out in front of them,

“Last year we workshopped the piece and one of the women who saw it said, “Oh my God, I feel like I am seeing my life before me.”

Skuse says that rehearsals are going really well, and that there has been a great atmosphere in the room working with some of the finest young acting talent in Sydney. The cast includes actors of the calibre of Charlie Garber, Geraldine Hakewill, Matilda Ridgway, Terry Karabelas and Sam Trotmen

Stage and screen actor Garber plays the title role, a character who sounds very intriguing. He is a laid back provincial school teacher who women are irresistibly drawn to even though he is not exactly single. Included amongst his female admirers are a widowed landowner, her younger stepdaughter, and an earnest chemistry student.

In an interesting aside, Skuse told me that he was happy to be able to put on the show now before the Sydney Theatre Company produce their own mainstream production of PLATANOV, in a new adaptation by STC Artistic Director Andrew Upton titled THE PRESENT, in August next year, starring Richard Roxburgh and Cate Blanchett.

Put this show in your diary. It looks like it will be worth seeing. A Cat Nip and Mophead production, Anthony Skuse’s adaptation of Anton Chekhov’s PLATANOV is playing at the ATYP Studio Theatre, previewing on the 5th and 6th November, opening on the 7th and then playing until the 22nd November. Performances are Tuesdays to Saturdays at 7pm and Sunday matinees at 5pm.

The Guide has two double passes to give away, if you can make either of the two preview nights. Be one of the first to email the editor on:-editor.sydneyartsguide@gmail.com. 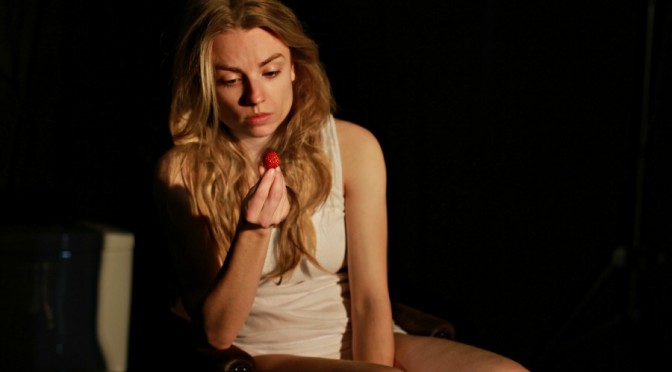 Cordoned off in the corner of a used goods warehouse is a makeshift stage where 3 performers dressed in white undergarments explore the most divine and base aspects of our humanity in eighteen scenes and a song. The Space on Botany road in Alexandria in fact can do little to remove the audience from the outside world – metal gates creaking, cats meowing, babies crying, people enjoying their Friday night as they walk by on the street – all of these become part of the soundscape of this work as the creators of Fragments of I AM perform what they see as a reflection of life and modernity, while also questioning our very existence. END_OF_DOCUMENT_TOKEN_TO_BE_REPLACED