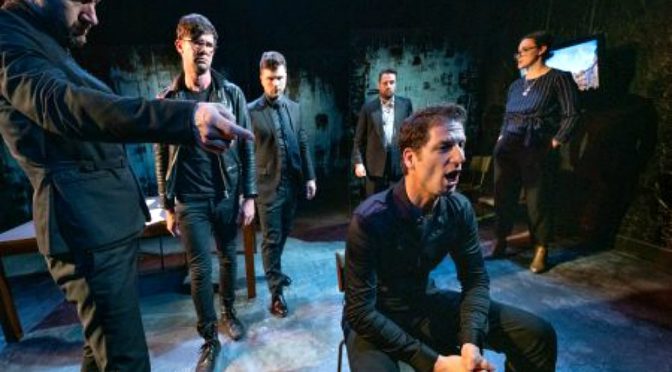 The opening monologue introduces the idea of the humanity of these creeps but then slowly breaks their personalities down into their foibles, prejudices, vanities and pathetic weaknesses. The play runs at a frenetic pace as it presents the history and examines what art was considered suitable and what art was declared degenerate. Narrator Megan O’Connell presents a timeline of major events starting with the groups’ disillusionment with the state of their country in the aftermath of World War 1 and how they coalesce into a group that rides on bigotry and injustice to lead Germany and then invade large swathes of Europe. Simultaneously the actors present scenarios of their artistic interests or those foisted on them by Hitler’s dominant personality and his particular taste in art, music and architecture. END_OF_DOCUMENT_TOKEN_TO_BE_REPLACED