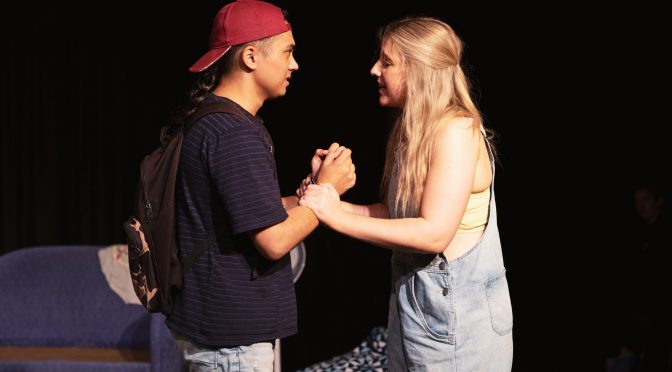 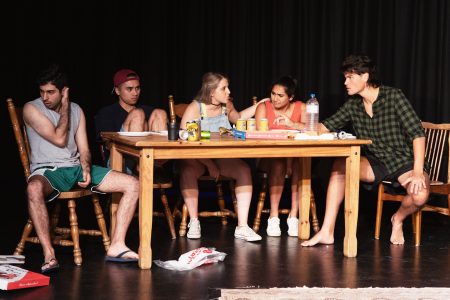 We soon learn that either Teddy or Ki have killed the boy but Billy, Arcadia and Ash may be connected or implicated. They are young people out of their depth and they don’t want to call the police. They spend the night trying to come up with a plan to avoid jail but also plans on a broader scale about what to do with their lives. END_OF_DOCUMENT_TOKEN_TO_BE_REPLACED 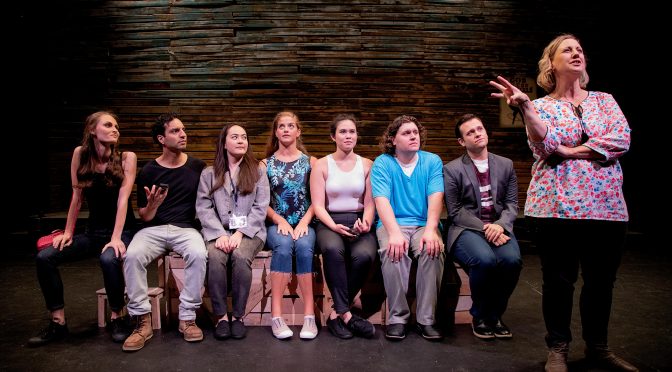 The companion piece to THE LARAMIE PROJECT, is running in repertory with it. Named THE LARAMIE PROJECT: 10 YEARS LATER it doesn’t require one to have seen the first to fully appreciate the second. It does, in fact, take place 10 years after Tectonic Theatre Projects went to Laramie Wyoming to research the death of Matthew Shepard.

Both plays use the verbatim theatre techniques refined by Tectonic, play on the same set and involve the same nine cast. But it is a different animal, a lesser creature in some ways, but an important and worthy watch. END_OF_DOCUMENT_TOKEN_TO_BE_REPLACED 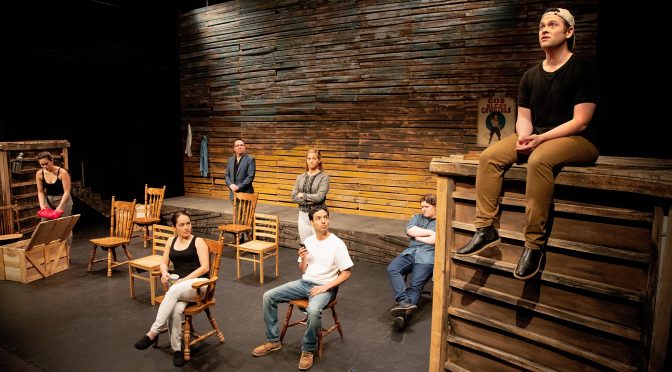 When the first bite of audio hits in the dark, it is “gay student Matthew Shepard “. The cacophony of overlapping media continues and that descriptor is always there.  It reaches down these 20 years,  two decades and seven weeks, since the bashing murder of the 21 year old Laramie, Wyoming student whose brutal death personalised the debate around hate crime legislation.  THE LARAMIE PROJECT understands that naming is important, that reclaiming the boy from the headlines has more longevity than a putting a town on trial in a camera glare.

Tectonic Theatre Project travelled to the town in the aftermath of the worldwide headlines to conduct over 400 interviews with 100 residents of Laramie.  The work they created, this play, refined a newly emerging art form, Verbatim Theatre.  Studied in schools all over, including being on the HSC syllabus here, THE LARAMIE PROJECT and its follow up THE LARAMIE PROJECT: 10 YEARS LATER is somewhat revered by the LGBTQ community.  Theatre Travels is playing both plays in repertory at the Seymour Centre and for those who are uninitiated, it is a tough watch. END_OF_DOCUMENT_TOKEN_TO_BE_REPLACED 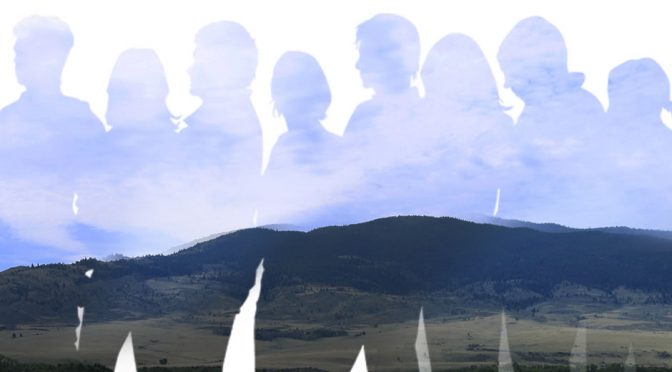 In October of 1998, openly gay University of Wyoming student Matthew Shepard was found tied to a fence, beaten and unconscious. After 5 days in a coma, Shepard succumbed to his injuries and his murder was denounced and tried as a hate crime. Members of the Tectonic Theater Project travelled to Laramie to conduct over 400 interviews with more than 100 residents of the town. ‘The Laramie Project’ is a portrait of this town: an average community redefined by a heinous crime.

SAG:      Thank you for taking the time to answer our questions while you are so busy in the States doing research.

Can I begin by asking, for the readers who aren’t up on the naming conventions, what Verbatim Theatre is and how it differs from Documentary Theatre or, say, traditional, real life theatre forms? END_OF_DOCUMENT_TOKEN_TO_BE_REPLACED