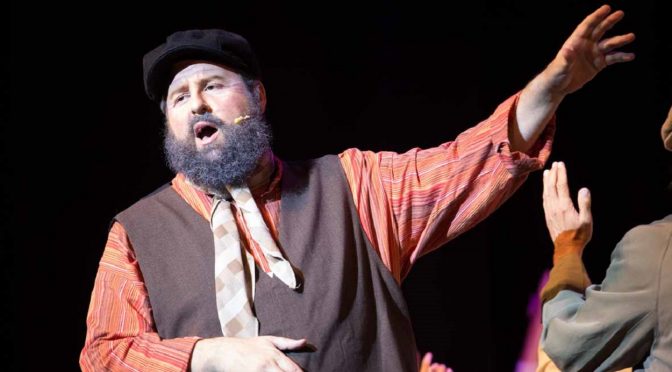 A most impressive version of this much loved musical now regarded as a classic.

While FIDDLER ON THE ROOF is now over 50 years old and its story set in a Jewish community in pre-revolutionary Russia, the issues it raises of racism, displacement and refugees are still more than relevant today. END_OF_DOCUMENT_TOKEN_TO_BE_REPLACED 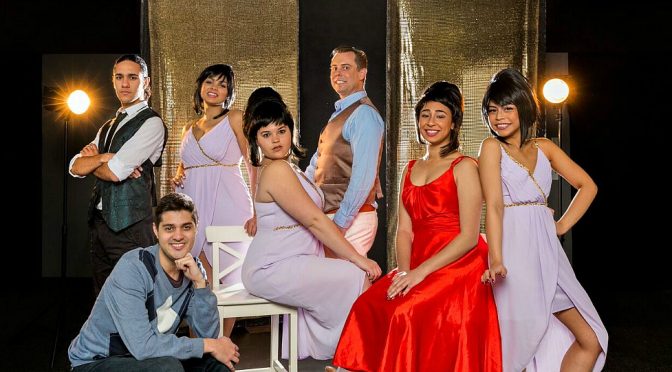 The internationally acclaimed hit musical DREAMGIRLS is about to make it’s NSW premiere this September at the Rockdale Town Hall.

DREAMGIRLS is the story of three black singers, Deena Jones played by Sasha Saunders, Lorrell Robinson played by Jade Montalvo and Effie White played by Kaleigh Wilkie-Smith, who take their group the “Dreamettes” on a journey from rags to riches, with their song writer and brother C.C. played by Stefan Jamal, in the competitive world of show business to become “The Dreams”. END_OF_DOCUMENT_TOKEN_TO_BE_REPLACED 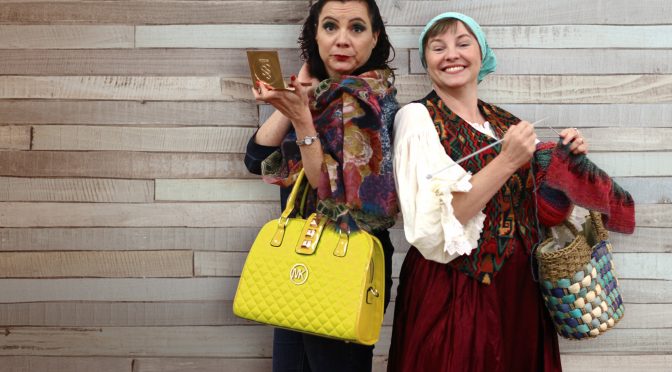 The original version of the opera by Bedrich Smetana premiered in Prague in 1886 with the first English version at Sadlers Wells in 1935.

Director Luise Napier has very successfully updated the words to suit the present day and apart from some judicious cuts musical director Julia de Plater has maintained the music as originally composed.

The road sign for kangaroos, koalas in the tree and a dunny ensure there can be no mistaking the setting has been changed from the original Bohemian country village to a rural town in Australia. This shift works very well as it is a small Czech community celebrating May Day.  Much of the original culture is preserved such as a czech folk dance around a may pole, yet comic highlights are added with touches such as the dancing koala and the occasional use of a broad Australian accent.

The story involves the secret love between Mařenka and Jenik but as the villagers gather to celebrate the festivities of the day these two do not join in as Mařenka’s parents are arranging her marriage to Vasek, wealthy grazier Micha’s son. END_OF_DOCUMENT_TOKEN_TO_BE_REPLACED 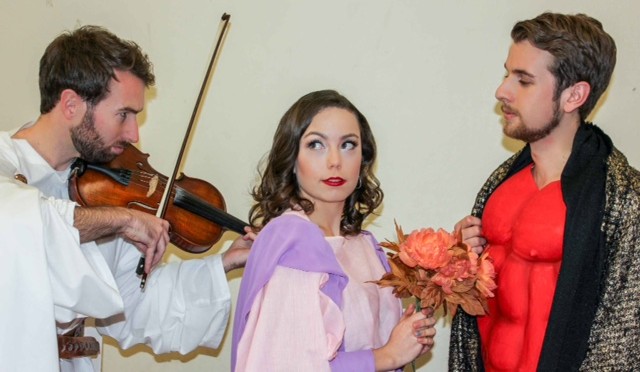 Rockdale Opera Company presents 4 performances of Jacques Offenbach’s satirical operetta ORPHEUS IN THE UNDERWORLD at Rockdale Town Hall, corner Bryant Street and Princess Street, on 30 and 31 July and 6 and 7 August. The Saturday night performances begin at 7.30pm and the Sunday matinees at 2pm.

Enjoy a delightful and irreverent romp through Greek mythology as Offenbach turns the legend of Orpheus and Eurydice on its head! From Thebes to Mt Olympus and down into Hades, Offenbach takes the audience on a sublime musical journey, including the origins of the Can-Can! 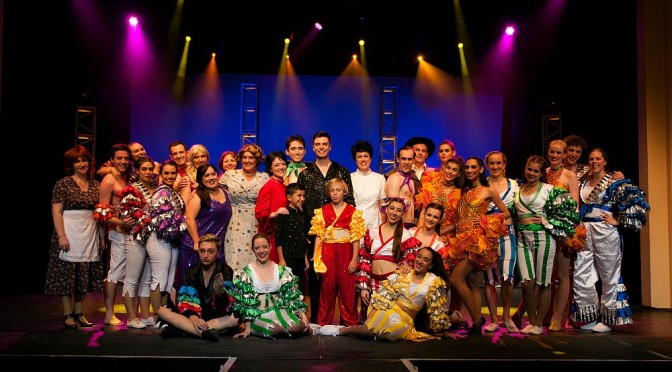 This Regals Musical Society revival, featuring a cast and crew of over 50, is a knockout.

The staging and production values are strong- headed by Julian Batchelor– director, Peter Sampson– Musical Director (of a fine orchestra situated at the back of the stage), and Tracey Rasmussen as Choreographer.

Everyone in the large cast can hold their head up high. Timothy Langan impressed as Peter Allen giving a very relaxed, confident performance. He captures the the spirit of Allen. If there is such a species as a born entertainer then surely Allen fits the description.
END_OF_DOCUMENT_TOKEN_TO_BE_REPLACED 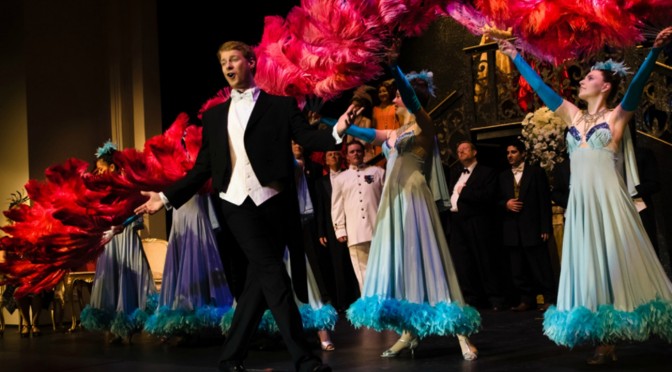 THE MERRY WIDOW is a substantial and well known work of the operetta genre. It is set in Paris and tells the tale of a rich widow, her womanising suitors, and the foreign embassy with its agenda to keep the widow’s inheritance away from Paris. In this version, lush sets and beautiful costumes ensure the production is always a visual treat.

Any revival for a fortunate twenty-first century crowd of Lehár’s charming music and colourful characters requires solid production values and choices to attract new and old fans alike. Here, a high energy performance results due to an active ensemble as well as showstopping  scenes of exceptionally good dancing from the night clubs or folk tradition. It is worthwhile attending just to witness such staging. END_OF_DOCUMENT_TOKEN_TO_BE_REPLACED

Such priorities for HIGH SCHOOL MUSICAL-ON STAGE set in an American high school sit well when taken on board by community theatre. Rockdale Musical Society upholds the Disney ideals as its well-drilled cast of exciting triple-threat individuals retell this modern franchised classic. The performers singularly and as a team score dazzling points right throughout this entertainment. END_OF_DOCUMENT_TOKEN_TO_BE_REPLACED 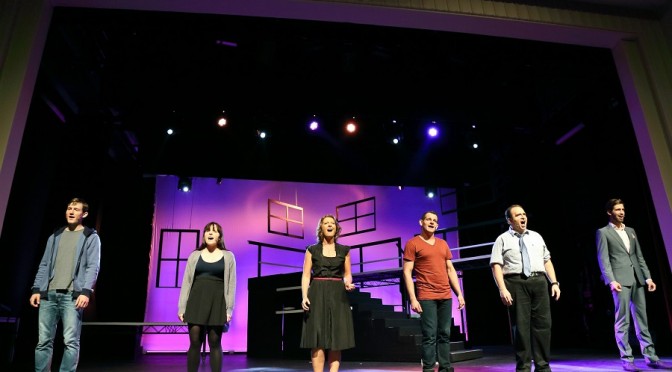