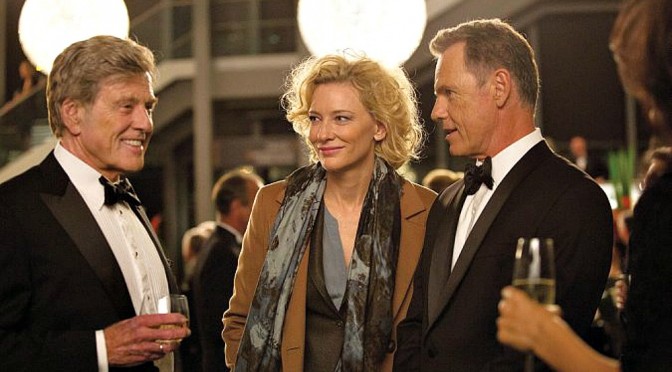 Who knew a stalwart newsman widely trusted by the American public as a genuine reporter of breaking news, as opposed to sensationalist ‘beat ups’, could come a cropper, clashing with the vested interests of his employer, a giant TV conglomerate?! That’s what happens when the popular press applies their fabulist searchlight on a lefty presidential hopeful, it’s hands off exposing the sure thing, a bankrolled, mainstream conservative, George W Bush.

Cate Blanchett, as brilliant as you’ll ever see her, supplies the stories to Robert Redford, in roles fleshed out and totally believable. There’s an odd and touching chemistry between them, sort of ‘born to lose’ punk The Waltons; the syrup tastes real.

For some reason this film was not picked up widely in America, as opposed to a smouldering Cate kissing a woman’s nipple in the film Carol creating a major buzz. Perhaps a new political landscape and the revelation of more dynastic political machinations back then was simply too much to swallow, (as opposed to that nipple,) in the face of the current crop of Republican presidential hopefuls, weirdos one and all.

Interestingly this was filmed locally and a fair few local actors feature to good effect, notably Noni Hazelhurst in a powerful cameo.

The story purported to reveal new evidence proving that President George W. Bush had possibly shirked his duty during his service as a Texas Air National Guard pilot from 1968 to 1974. The piece asserted that George W. Bush had not only exploited family connections and political privilege to avoid the Vietnam War by joining the Texas Air National Guard, but he had failed for many months to fulfil his most basic Guard obligation – showing up on base. END_OF_DOCUMENT_TOKEN_TO_BE_REPLACED 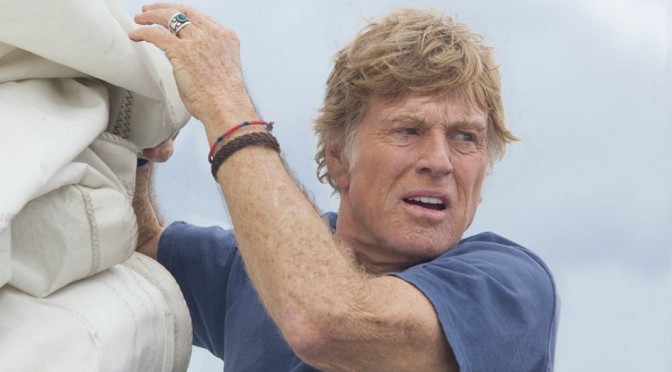 ALL IS LOST is an action survival movie – a nearly dialogue-free thriller. It is 105 minutes in length covering a lone sailor’s 8 days of fighting the sea to survive.

Robert Redford stars alone as a man lost at sea in his boat the Virginia Jean. He wakes one morning to his boat being flooded. Overnight it had collided with a drifting lost shipping container which ripped a hole in its hull.

He goes to work using what he can find to patch up the hole and fix the pump to empty the water. His communications navigational and radio equipment have been ruined and he must quickly learn celestial navigation. After failing to outrun a storm, he is thrown overboard. Even after successfully struggling to get back on board, the boat capsizes and he abandons ship resorting to an inflatable life raft.