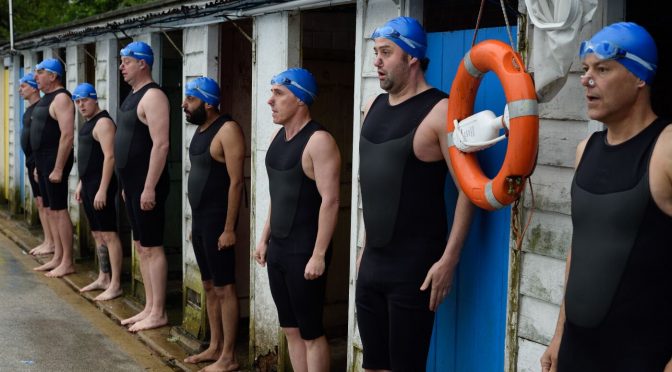 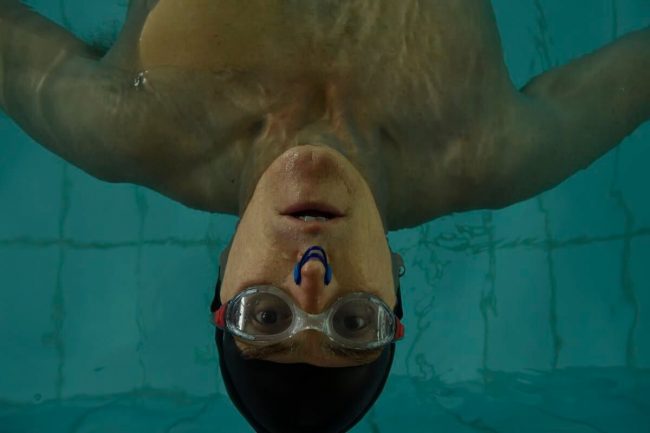 In SWIMMING WITH MEN Rob Brydon stars alongside a talented British cast in a comedy that tips its (swimming) cap at beloved British comedies such as The Full Monty and Calendar Girls.

Inspired by the Dylan Williams 2010 documentary, Men Who Swim, SWIMMING WITH MEN tells the story of a man (Brydon) who is suffering a mid-life crisis and eventually finds new meaning to his life as part of an all-male, middle-aged, amateur synchronised swimming team. Together they make a bid to compete at the unofficial Male Sync-Swimming World Championships, and no doubt a shot at personal redemption along the way. END_OF_DOCUMENT_TOKEN_TO_BE_REPLACED 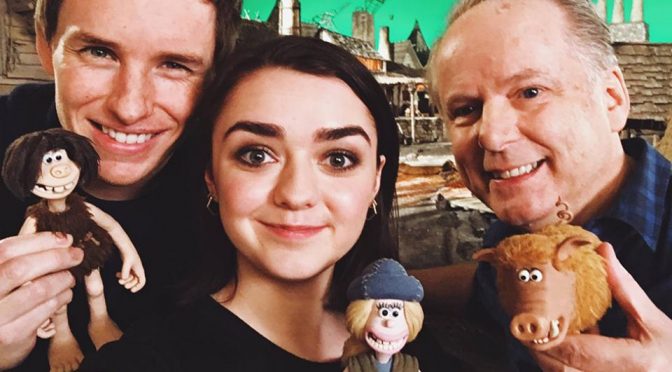 I guess it makes sense that a film about the Pleistocene era should be populated with creatures made of Plasticine.

Aardman animation has shorn itself of sheep and retired Wallace and Gromit to go back in time and stir the primordial soup with EARLY MAN.

It’s a film about tribalism so it makes sense it’s not really a prehistorically correct epic of the epoch but about football and the origins of the beautiful game. END_OF_DOCUMENT_TOKEN_TO_BE_REPLACED 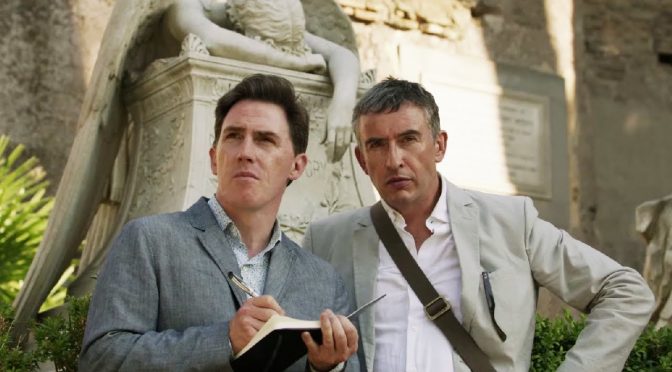 It’s kinda like a culinary 7 UP, three pictures in seven years, the latest THE TRIP TO SPAIN.

Seven yeas ago, Steve Coogan and Rob Brydon , under the direction of Michael Winterbottom, embarked on a tasty tour of England called THE TRIP, where they gourmandised and performed duelling impressions in a hip, flip and funny film that had us laughing in the British Isles.

The film spawned THE TRIP TO ITALY, with more gutsy gourmandising with gusto and impressario impressions of Michael Caine, Al Pacino and Sean Connery.

THE TRIP TO SPAIN is more of the same with more impressive impressions, this time with the additions of Roger Moore, David Bowie and Anthony Hopkins in full Bligh bounty. The Moore jousting comes about specifically because of the locale, where the Moores’ left behind an impressive array of architecture.

Putting Steve’s Range Rover on the ferry, the pair sail to Spain then drive through a taste tempting tapas tour to the accompaniment of Windmills of Your Mind. Yes, it’s an allusion to Don Quixote tilting at windmills, but Brydon’s dry meandering wit links it this way – Noel Harrison had the hit version of the song. Noel Harrison was Rex Harrison’s son. And Rex Harrison sang The Rain in Spain. Ole!

The Cervantes analogy is definitely and drolly pursued with Coogan as the Don and Brydon as Sancho Panza, as if Winterbottom is playing at being Terry Gilliam.

THE TRIP TO SPAIN is a voyage around a quasi fictional infarction (from the Latin infarctus, meaning stuffed into) of the two real flesh and blood characters. These fictional traits are stuffed into the factual where the audience is at odds to know where the reality ends and the fantasy begins. It’s an impression, and so the ad infinitum, (some, unkindly, may say ad nauseum), impressions become the film’s trope. It is certainly the film’s shtick.

Coogan and Brydon are the 21st century Crosby and Hope, bringing silliness, charisma, storytelling and nostalgia with more than a wink and a nod to insider jokes from television and movies.

If orthodoxy is the grave of invention, then Coogan, Brydon and Winterbottom seem to be whistling past the cemetery.

More than a moreish morsel of madcap mirth, THE TRIP TO SPAIN takes a serious and sinister turn towards the end, either flagging a finale to the series or a further fling possibly titled The Trip to Tripoli. 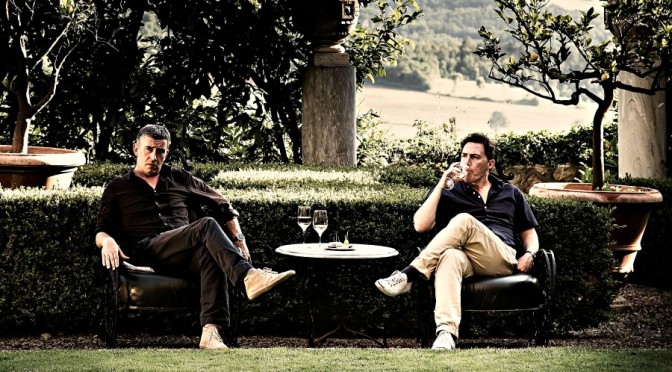 The hiring of a mini to do a tour of Italy is tantamount of tease when you know that the two stars of the film are mad Michael Caine impressionists.

Rob Brydon and Steve Coogan do their trip shtick again under the direction of Michael Winterbottom, this time travelling to the land of spag and scalopine, taste tempting and tippling their way along the route,following in the footsteps of English poets in the early 19th century on the Grand Tour.

Sadly, especially for the Al Pacino besotted Brydon, Siciliy is not on the menu. Still, Rome, Pompeii and Capri get a good working over, and the shots of motoring down the Amalfi coast are mouth-wateringly good.

There’s much discussion on Lord Byron – Brydon muses and waxes that his name and that of the lascivious and libertine Lord are not dissimilar. Indeed Brydon embarks on an amorous adventure as Coogan did in their last trip around England.

Again there’s this post modernist ploy of people playing themselves but in a fictional reality, role playing royale, virtual verisimilitude.

Its a film impression full of impressions – popcorn for the discerning movie goer – light yet clever, witty, sophisticated, an armchair travelogue, a little bit of master chef, a bit of theatre sports, edgy exaggeration of real characters in exotic locations.

Culinarylingus – now there’s a word that comes trippingly off the tongue – meets punilingus in a humungously hilarious chutzpatic psuedo improvisation.

Just enough to blow the bloody doors off.