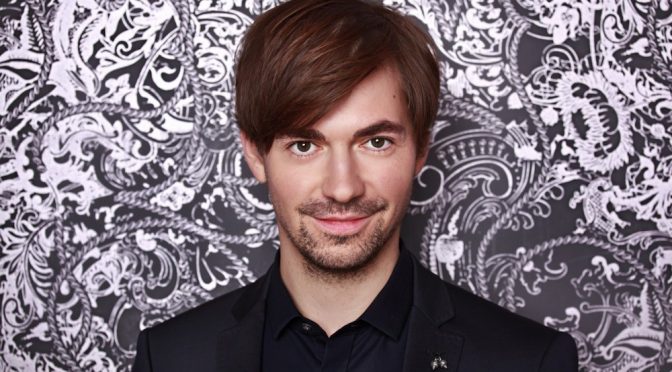 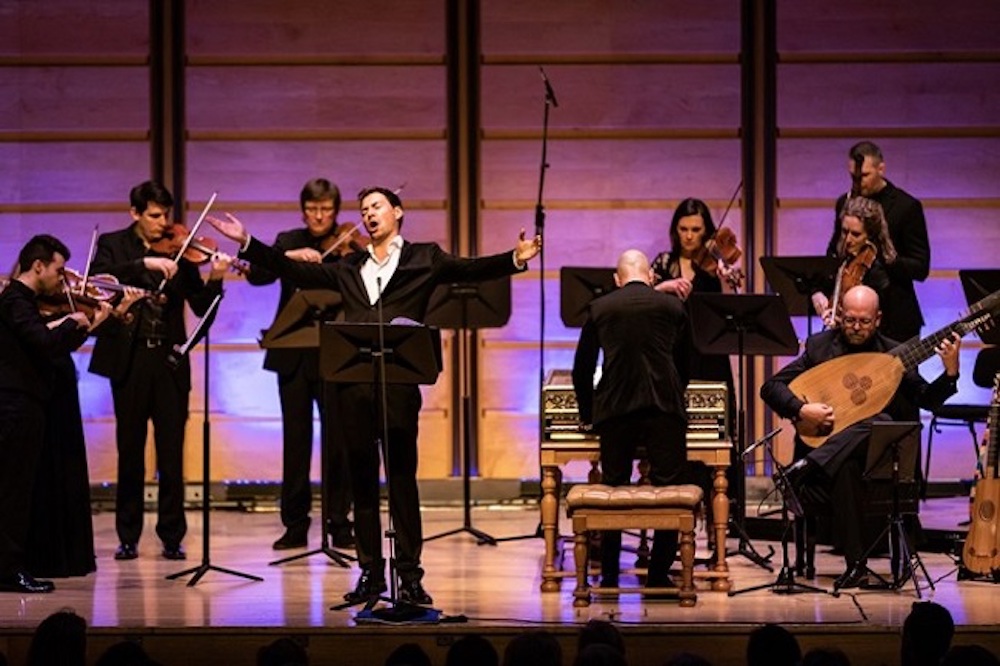 A thrilling , dazzling concert that had the audience cheering at the end. A single chance to hear special guest Valer Sabadus, who is well established within the ranks of the world’s top countertenors. Sabadus shot to international fame in 2012 with his outstanding interpretation of the role of Semira in Leonardo Vinci’s opera Artaserse at the Théâtre des Champs-Élysées in Paris, Opéra Royal de Versailles, Theater an der Wien in Vienna and the Concertgebouw Amsterdam. He has since enjoyed rave reviews and engagements throughout Europe in both opera and concert repertoire.

Erin Helyard conducted and led the Orchestra of the Antipodes who were in magnificent form.

Tall dark and handsome Sabadus was astonishing and charismatic and in fine glowing form with a powerful, burnished top register.

First we heard the Orchestra play Caldara‘s rich, flowing,  thoughtful yet festive Introduction to his La morte d’Abel beginning with soft violins and building to the entire Orchestra .

Then Valer appeared for Caldara’s Quel buon pastor son io from La morte d’Abel with its shimmering strings in the Orchestra backing his ravishing tone and his passionate voice that leapt and soared .His sustained notes throughout the entire concert were amazing yet precisely controlled.

Handel’s Gran tonante, Giove immenso from Parnasso in Festa was a bubbling display of virtuoso coloratura fireworks , leaping and darting with the Orchestra on pulsating strings in a circular melody acting as a dramatic accompaniment.

Next was the Orchestra in Hasse’s Overture to Cajo Fabrizio with its galloping scurrying opening and strident horns. Rich, slower strings limpidly flowed stating a different melody. The two melodies are taken and passed around the Orchestra leading to a brisk lilting circular, almost waltz like pulsating yet abrupt finish.

Handel Scherza infida from Ariodante ebbed and flowed, melancholic and passionate. Valer was limpid and pure in voice but volcanic underneath at times in a rich multi layered performance..

Handel ‘s Venti, Turbini from Rinaldo had a flurried Orchestral opening , Valer shooting off shark spiky coloratura in a tumbling, leaping, dazzling display that was staccato and dynamic leading to the triumphant conclusion. .

Hasse ‘s Overture to Didone abbandonata opened the second half with its emphatic horns and scurrying, gliding strings.

Vivaldi ‘s Lo seguitai felice from L’Olimpiade featured bright flurries from the strings and a fast , staccato performance by Valer .

Hasse’s Overture to Senocrita ( Op 4. No2 .) was at first dynamic then became more reflective and at a slower tempo , finishing with sliding, circular melodies from the skittish strings.

Porpora ‘s Dolci, fresche aurette from Polifemo was delicate , gentle and fluid.with Valer in fine voice darting and tumbling, while Porpora’s Senti il fato from Polifemo was dramatic and powerful with explosive coloratura from Valer – another bravura showpiece.

There was tumultuous applause and the encore was from Handel’s Xerxes – Ombra mai fu, achingly lyrical and extraordinarily passionate.