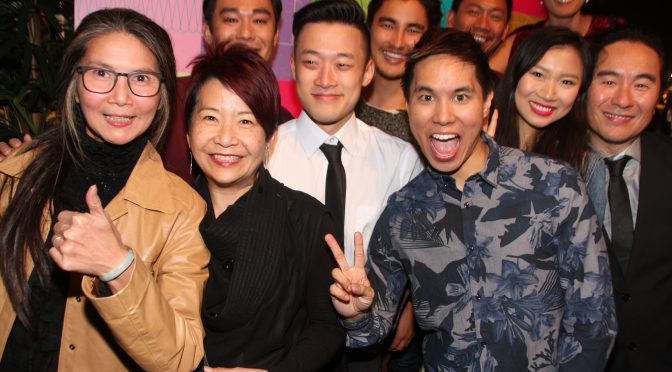 It has been the season for launches and Sydney’s flagship theatre company, the Sydney Theatre Company,  has now chimed in with the announcement of its 2017 season.

Sydney Theatre Company’s Executive Director Patrick McIntyre started proceedings and then handed over to interim Artistic Director Kip Williams announced next years’ program to a packed gathering at the Bar at the End of the Wharf on Thursday night.

Williams has  curated  an intriguing program which is bound to attract a healthy cross-section of theatregoers. There are some exciting and bold choices.

There have not been enough stories coming from our Asian communities that have made it our stages. This makes the STC’s decision to program Disapol Savetsila’s play AUSTRALIAN GRAFFITI  cause for much celebration as indeed was witnessed by the delighted reactions of Lee Lin Chin and her friends when Williams made the announcement.

The  Sydney Theatre Company developed Savetsila’s play in conjunction with Asian Australian arts company Performance 4a and Playwriting Australia and will be directed by Paige Rattray. The play, commissioned by the STC, has been described as exploring ‘the migrant experience from the inside out.” A Thai family who open up a Thai restaurant in a small country town face a  crisis when their place of business is vandalised by graffiti. How cam they survive such a personal and cultural insult?!

Internationally acclaimed filmmaker PJ Hogan, along with his wife Jocelyn Moorehouse were on hand to hear the announcement that Hogan’s breakthrough film is coming back as a stage play, what’s more a musical.  Hogan has come up with a new book for the musical  and brings Muriel and her friends up to the present day. Simon Phillips will direct  and the music and lyrics come via award winning singer-songwriters Kate Miller-Heidke and Keir Nuttall.

Williams will direct three productions during the year including a Caryl Churchill play CLOUD NINE which will star one of our finest young actors, Harry Greenwood. A big fan of Churchill’s work, Williams believes audiences will engage deeply with this work which explores how our need as human beings need to give ourselves specific  identities limits our ability to achieve true authenticity.

There will be a fresh revival of Michael Gow’s classic AWAY, directed by brilliant young director Matthew Lutton and starring Heather Mitchell, and a new adaptation by Andrew Upton  of Anton Chekhov’s masterpiece THREE SISTERS, again directed by Williams, starring one of Australia’s brightest young actresses, Eryn Jean Norvill.

The years’ international production  will be the Headlong, Nottingham Playhouse and Almeida Theatre production of George Orwell’s classic novel 1984 with a stage adaptation by Robert Icke and Duncan Macmillan. Sydney audiences will see the original production as directed by Icke and Macmillan but with a new Australian cast.

At the gathering Williams also announced that Imara Savage has been appointed as the STC’s new Resident Director taking over from Sarah Goodes who has moved across to the Melbourne Theatre Company. Savage will direct two plays in 2017, Colm Toibin’s THE TESTAMENT OF MARY starring Alison Whyte and Moira Bufini’s DINNER with a cast including Bruce Spence and Brandon Burke.

For the full details about STC’s 2017 season visit http://www.sydneytheatre.com.au.

For your enjoyment, here are some pics  taken by Guide photographer Ben Apfelbaum at a very well attended launch. 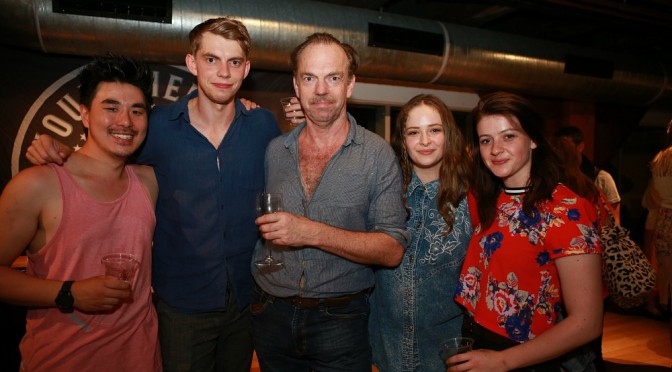 It has been another busy year for Playwriting Australia (PWA), the national organisation that seeks out, develops and champions new Australian stories for the stage.

Its role is to work with playwrights and theatre artists of all backgrounds and at all levels of their careers.

One of its primary roles is to bring the new work by playwrights around the country up to a standard where theatre companies and independent producers will back them and put their work on stage. END_OF_DOCUMENT_TOKEN_TO_BE_REPLACED

The way that CHAIN PLAY works is that each writer has been asked to contribute a scene of a brand new play. Once the nominated playwright has written the opening scene then he/she passes the play onto the next playwright to write their scene and so it goes until the play has been completed. END_OF_DOCUMENT_TOKEN_TO_BE_REPLACED