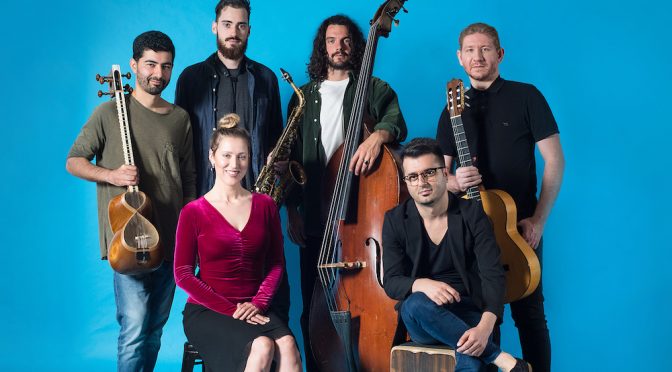 I had the privilege of visiting Iran in 1978, five months before the Shah fell. Because of the fraught times there was a nighttime curfew. The exception was intercity buses and as a result I hardly slept in a bed in Iran. A further consequence was that I could not go out in the evening to see an Iranian concert, although during the day I was enchanted by the exotic mosques and ruins that I saw as well as mixing with the delightful Iranian people.

In a way this concert was a type of catch up. ‘Afternoon Tea at 6’ is I believe a time when food and families get together and drink a cup of Iranian black tea. In order to get into the mood the Eisthan Ensemble, together with guest vocalist Sonya Holowell, gathered before every rehearsal and drank a cup of the strong Persian tea.

What made this an even more intriguing concert was the fact that traditional Persian classical music would be blended with western jazz. The Ensemble’s leader and composer Hamed Sadeghi stated that he tried to narrate the musical pieces with different textures. END_OF_DOCUMENT_TOKEN_TO_BE_REPLACED 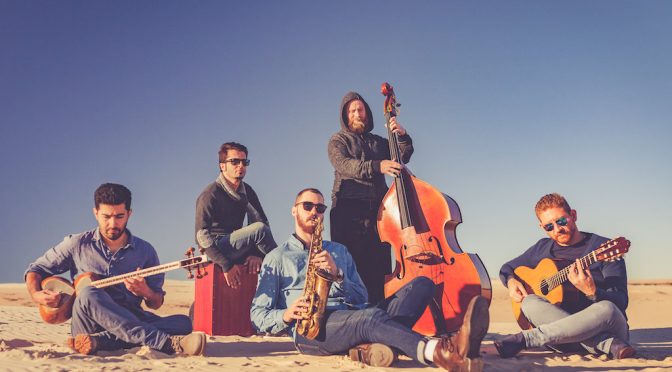 Eishan Ensemble’s excellent performance at Venue 505 in Surry Hills blended Persian and Western musical traditions in an exciting and impressive way. Their music does not fit into any customary genre but Persian infused jazz could be one label. Persian-Australian musician and composer, Hamed Sadeghi, is the lead of the ensemble. He plays classical Persian instruments the tar and the oud and is accompanied by some first-rate musicians: Pedram Layegh on classical guitar, Michael Avgenicos on saxophone, Elsen Price on double bass and Adem Yilmaz on percussion.

Persian music traditionally has improvisation at its core and combining with jazz musicians and their conventions allows Eishan Ensemble to take advantage of this and create harmonious and fascinating music. Hamed explained that Eishan means “these guys” and that he feels fortunate to be playing with these guys. Judging by their response the audience at Venue 505 felt fortunate to be in the presence of these guys. END_OF_DOCUMENT_TOKEN_TO_BE_REPLACED