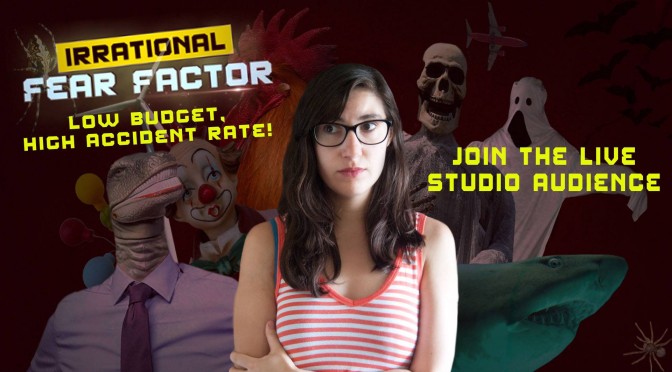 For something very different, it could well be time to join  the live studio audience for the 1637th episode of IRRATIONAL FEAR FACTOR – the game show where your greatest fears become your reality (but you win money and kitchen appliances so it’s totally worth it).

In this episode, office assistant Paige Hally has been nominated to overcome her crippling social anxiety and fear of public speaking to compete for the grand prize in one of our craziest challenges yet – a solo comedy show.

We’ve already had two accidental deaths this season so come along and let’s see if we can make it a third!

DETAILS FOR THE DIARY:-