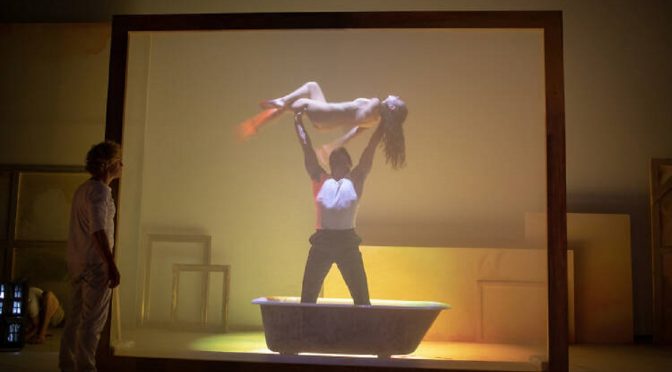 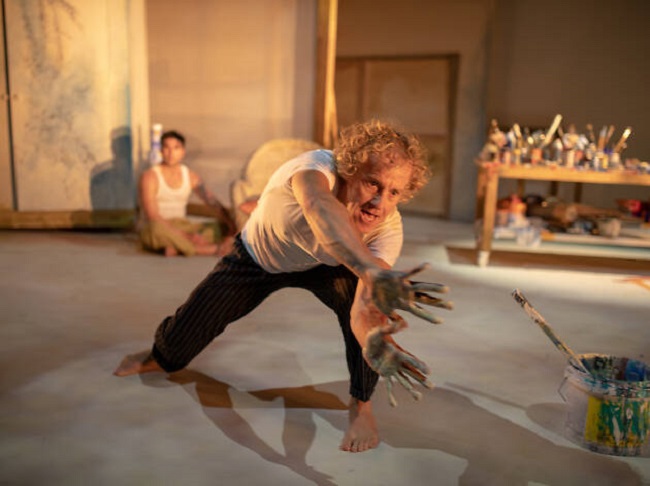 Drumroll…… crash! Kim Carpenter has brought us a marvellous show about the life and times of controversial, larger than life famous Australian artist Brett Whiteley .I was fortunate enough to catch the last performance of the Riverside season . Brett was the bad boy genius of Australian art, Wendy his muse and wife. Together they dominated Sydney’s art world for over two decades.

They were charismatic,  convivial yet fractured and damaged. A Whiteley painting can fetch millions at auction but his life ended sadly in a cheap motel on the south coast.The pair’s legacy lives on in Brett’s work, his studio, and Wendy’s Secret Garden in Lavender Bay. Whiteley would have celebrated his 80th birthday this year .This theatre piece is part of the retrospective, in conjunction with Brett Whiteley: Drawing is Everything, a major exhibition at the Art Gallery of NSW.

The show depicts their tumultuous relationship. Whiteley was just 17 when he first met Wendy Julius, then 15, the woman who would become his inspiration, wife, and the mother of their only child. Arkie Later in life she also became for a time his enemy when divorce , drugs and infidelity shattered their relationship. After Brett’s death, Wendy again emerged as his stalwart champion, honouring his creative genius and keeping his memory alive. END_OF_DOCUMENT_TOKEN_TO_BE_REPLACED 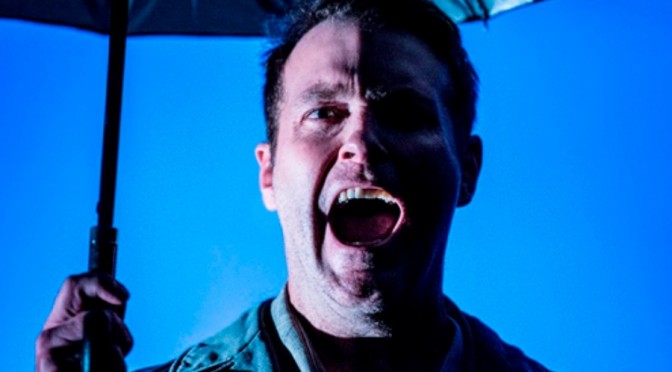 The story revolves around a series of characters who are obviously from different time periods and who must be somehow connected to Gabriel York who we meet in the first monologue. Gabriel left his wife and son many years ago. “The boy had a better chance without me.” He has just been contacted by Andrew who wants answers from his abandoning father. END_OF_DOCUMENT_TOKEN_TO_BE_REPLACED