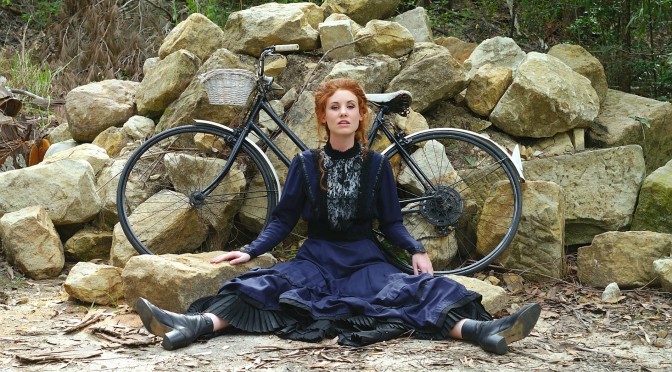 Above photo by Matt Ralph. Featured photo by Sasha Cohen.

Upon meeting an enigmatic Transylvanian Count, a Victorian Englishwoman is given a bicycle. But this gift comes with a price: midnight supper at his place. This invitation proves too tempting to resist and her mortal life is changed forever. Bicycle is a one-woman play about conquering fears, parting legs and the unexpected turns life can take after dining with a monster.

The reviews interstate have been outstanding:-

★★★★ ‘Danielle Baynes is a supernatural force to be reckoned with in this fanciful, original dramatic comedy-thriller.’ – THE ADVERTISER
★★★★ ‘This show is utterly surprising: edgy theatre, bold and fierce, especially for feisty women.’ – INDAILY
★★★★ ‘An indisputably modern work jam-packed with ideas about female liberty…’ Great Scott
★★★★1/2 ‘Baynes is spellbindingly captivating in her storytelling…Adding to the beauty is the luscious voice and virtuoso violin playing of Pip Dracakis.’ – GLAM Adelaide
★★★★ ‘The audience is captured with every movement and every word…definitely one to put on the list.’ – Adelaide theatre guide

Lies, Lies and Propoganda’s production of Danielle Baynes’ BICYCLE is playing the Old Fitz from 21 June to 2 July.

All tickets $25 including booking fee.

Performance times Tuesdays to Saturdays at 9.30pm and Sundays at 7.30pm.

For more about Bicycle by Danielle Baynes, visit http://www.oldfitztheatre.com/bicycle/ 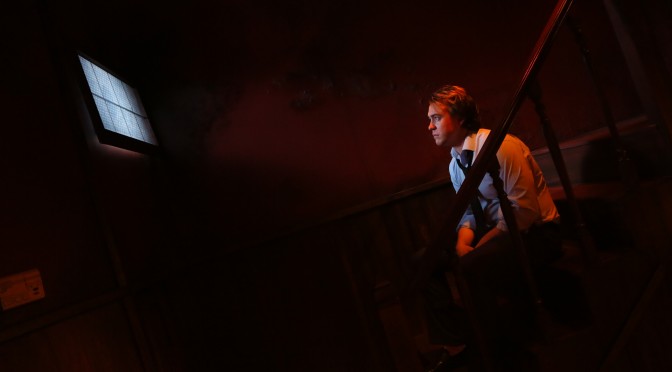 The first thing that strikes you as you enter the theatre space at the Old Fitz for the latest staging of Marshall Napier’s FREAK WINDS is Lisa Mimmocchi’s set, walls Tuscan red with rising damp, paint peeling and damp bubbling, depicting and anticipating the troubling to come.

This decrepit and decaying house is the habitat of Ernest, who may or not be a homicidal maniac. At the beginning of the show he appears to be a harmless and somewhat debilitated man dependent on a cheap Zimmer frame.

On a wild and freakishly windy evening, insurance salesman Henry Crumb literally blows into Ernest’s lair, determined to sell him a policy. When part of his pitch mentions children, Ernest’s bonhomie evaporates, he rushes from the room, and vomits.

Left alone, Henry spies a scrapbook which he discovers is full of cuttings about sinister events.

The keen sound of the sharpening of a knife emanates from the area Ernest has disappeared.

From a double doors built into the staircase burst a woman in a wheelchair. This is Myra, quick with an offer of massage for the hyper tense Crumb.

Anna Bamford as Myra swings from fragile victim to Ernest’s foul sluttish heir during the course of the second act, from prim paraplegic to skittish school uniformed fetishist and self-proclaimed sexual deviant.

Ben O’Toole as Henry Crumb has all the sweaty swagger of the cocksure salesman and energises his role with a charge that would short circuit the battery bunny.

Marshall Napier as Ernest has the benign menace of a mild mannered maniac, bespectacled beast on callipers, conjuring a Richard III, although we know he’s up for sportive tricks determined to prove his villainy.

FREAK WINDS is Australian Gothic , a grotesque and grandiose Guignal playing in the bowels of The Old Fitzroy through March 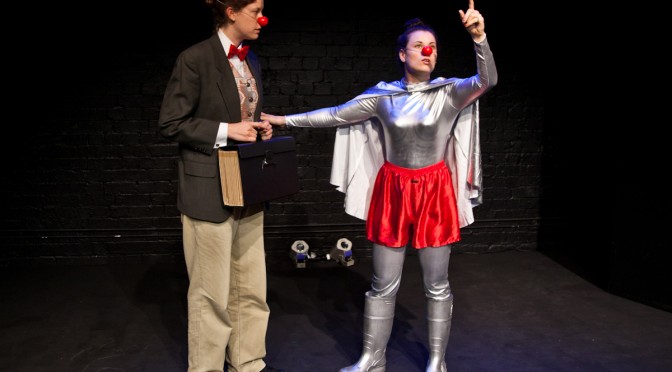 Take in your piss and let them take the piss. The Old Fitz under the new regime Red Line Productions have ushered in a late show program to follow their main stage offering, beginning with BAD, a delightful piece of clown drollery.

BAD is so good it’s funny.

The lights go down in the bible black, Spartan no-back seating of the space, and the public address welcomes us to this production starring Cate Blanchett and Geoffrey Rush.

In darkness visible, time passes, and the regrettable announcement that Geoffrey Rush will not be appearing this evening is made. From centre stage, a light, and a diminutive red nosed character in red shorts and silver cape, tights and boots introduces herself as Cate Blanchett. Her accent is kooky Francaise and the rest of her vocabulary is fluent gibberish. END_OF_DOCUMENT_TOKEN_TO_BE_REPLACED 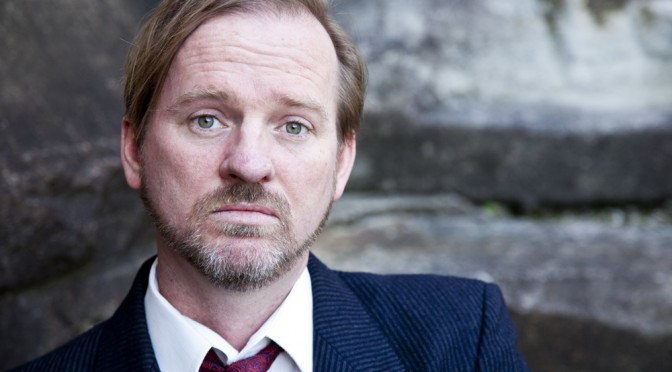 Make no mistake. Thom Pain is not based on Thomas Paine, the great American political activist, theorist and revolutionary.

Thom Pain is based on nothing. It’s in the title. In parentheses. And besides, Thomas Paine spelt his name with an “e”. Though it was silent.

There’s not much silent about Thom Pain. He’s garrulous, though partial to the pause. For effect.

And very affecting it is.

Thom Pain enters the black box of the space in suit and loosened tie. We can’t see him, but we sense him in the dark. He tries to light a cigarette a couple of times without success. He can’t see the audience, but he senses it.