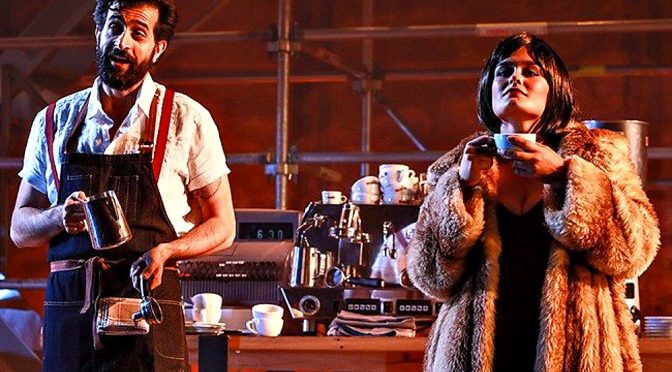 BITTERSWEET OBSESSIONS, marking the 450th anniversary of Monteverdi’s birth. as presented by the Australian Brandenburg Orchestra, is structured around three works by two of the most iconic of baroque composers and includes Bach’s famous comic coffee cantata.

A rollicking satire about the coffee-drinking antics of this lusciously-jolly, caffeine-crazed woman.

Soprano Natasha Wilson ties these three worlds together in a dramatic, staged performance with the Brandenburg. Through the concert we discover the heartbreak, passion and comic revelry within a repressive world.

Joining Natasha on stage are tenors Karim Sulayman from the USA and Australian Spencer Darby, as well as Danish bass Jakob Bloch Jespersen.

The creative team is completed by the leading Australian lighting designer, John Rayment, who in 2018 will be lighting the Commonwealth Games Opening and Closing Ceremonies on the Gold Coast, as well as Opera Australia’s new production of Aida.

It is most impressively ‘partially staged ‘ and musically and vocally is superb. The performance is in three parts or ‘scenes’ and follows a woman’s journey through the sweet and bitter of life, through pleasure and pain, and opens with Monteverdi’s Nymph’s Lament, a tale of spurned love from his eight book of madrigals.

The concert is set in a cornfield with observing shepherds who act as a sort of Greek chorus.  Natasha Wilson plays the nymph in white drifting around rather Ophelia – like and lamenting her traitorous lost love in ravishing arias.

The highlight of the first half and one of the major highlights of the performance was the striking, dramatic staging of Monteverdi’s Il combattimento di Tancredi e Clorinda (The Battle of Tancredi and Clorinda) first performed in Venice in 1624 and based on a story of the First Crusade by Torquato Tasso which explores the fused themes of love and war through the story of the tragically star-crossed lovers.

The front cloth is lifted to reveal large metal staircase scaffolding which Jakob Bloch Jespersen and Wilson clamber up and down. For most of the performance Wilson and Jespersen are up on the top layer of the scaffolding and blindfolded. The dominant colour is red and a red banner is unfurled at one point. Karim Sulayman as the narrator below was passionate and intense describing the various events of the battle, the anger, exhaustion and eventual despair and parting.

This work is also notable for its inclusion of  Aikido– a modern Japanese martial art as the intricate, tightly choreographed battle is excitingly performed by Melanie Lindenthal and Andrew Sunter. ( http://aikidoinsydney.com/)The work features one of the earliest known uses of pizzicato in Baroque music and also pioneered the use of tremolo and the ‘agitated style ‘ to convey tension.

Wilson as Clorinda is superb her dying arias piercingly, soaringly exquisite. Jakob Bloch Jespersen ( from Denmark) as the noble warrior Tancredi was magnificent , commanding and vibrant in the battle , horror struck and grief stricken at the end .

The Bach Brandenburg Concerto No 4 BWV 1049 (first movement only) was given a sprightly, elegant and filigreed performance. The Orchestra had a warm luscious tone.The Baroque flutes /recorders ( Melissa Farrow and Mikaela Oberg) bubbled and darted in a delightful, enchanting performance that left us wanting more.The other interludes included in both halves of the program were also delightful.

“Don’t get between a girl and her coffee “ – the bulk of the second half consisted of J.S Bach’s Coffee Cantata, BWV 211 which was given a sparkling performance. A delicious satire, with bewitching music, this is classified as a cantata ( a vocal composition with instrumental accompaniment intended for concert performance) yet it is rather like a mini opera with three characters. Bach himself was a caffeine addict.

The set was reworked during interval to become a coffee shop and there were huge bags of coffee beans scattered around. There was also the use of mobile phones, Liesshen takes quite few selfies. Karim Sulayman here acts as the overworked barista/narrator.

Jakob Bloch Jespersen (Mr Schlendrian, Lieschen’s harassed father) is here dressed in casually expensive jeans t shirt and jacket and is growing weary of constantly forking out money for all the coffee that his daughter drinks. Lieschen is portrayed by Natasha Wilson as spoilt and self centred. She wears a red dress, fishnet stockings ankle boots and a large striped faux fur coat. The love of her life is COFFEE to which she is extremely addicted to. She must have it, drink it, be gifted it.

To her, coffee is more delicious than a thousand kisses. More pleasing than wine. Wilson’s arias to coffee are sultry and sensational. But her father declares she must give up coffee and marry. Leischen eventually agrees, thinking that her husband to be will pay for all her coffee. It ends with a wonderful tightly choreographed trio for the barista, Lieschen and her father drinking , stirring and raising their cups – to the joys of COFFEE.

The Australian Brandenburg Orchestra’s BITTERSWEET OBSESSION is playing the City Recital Hall until the 1st November and Melbourne until 5 November 2017. 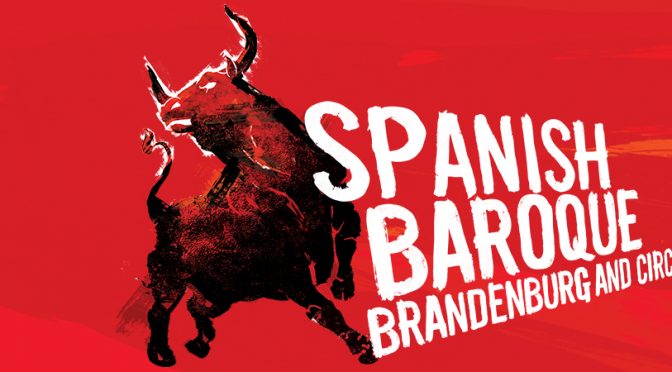 Circa’s artistic director Yaron Lifschitz’s choreography astutely blended sensational dazzling solos and breathtaking ensemble routines while always harmonising with the spirit of the music. It was a fluid combination of tumbling, gymnastics, balancing and aerial numbers , in various jaw-dropping sections making you blink and go “ I see it but I don’t believe it“. Dangerous dives, throws and catches were included as well as feats of strength and daring as well as sometimes triple-level human pyramids. END_OF_DOCUMENT_TOKEN_TO_BE_REPLACED