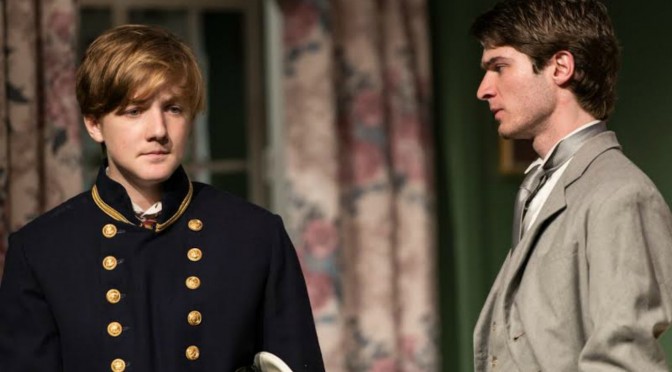 The Genesian Theatre continues to display its flair with British period drama via Terence Rattigan’s play THE WINSLOW BOY.

Ratigan’s play, written in 1946, is based on real life events from 1908 where a naval cadet accused of theft is treated badly by the admiralty. A lengthy, public and expensive battle by the family with an infamous barrister of the time involves a strong opposition to the brute strength of the forces and government in pre-war London.

Rattigan creates a juicy family drama which goes above and beyond the simple matter of the theft. The Winslow family is not as comfortable as others financially. Their untrained domestic help is actually a type of foster child. Their intelligent daughter, Catherine, approaching thirty, is unmarried and a suffragette. Their middle child Dickie is at Oxford but struggling academically. END_OF_DOCUMENT_TOKEN_TO_BE_REPLACED

Agathie Christie’s 1944 play MURDER ON THE NILE, based on her 1937 novel DEATH ON THE NILE, is the new production at the inner city Genesian Theatre.

On board a steamer, cruising under the scorching Egyptian sun, honeymooners Simon Mostyn and his wealthy socialite wife Kay find themselves being pursued by Jackie, an old flame of the newly wedded groom and Kay’s former best friend… Then tragedy strikes… A body is discovered. All fingers point to Jackie. But to use the old chestnut, not everything is what it seems, and holidaying cleric Canon Pennefather is drawn into a web of intrigue and deceit as he finds himself on the trail of a ruthless murderer.

My pick of the cast was Ros Richards who was wonderful as the ditzy, snobby Helen ffoliot- ffoulkes. Courtney Bain showed some nice touches as Helen’s sensitive niece, Christina

Michael Barnacoat impressed as Canon Ambrose Pennefather, who, with great zeal, took it on himself to get to the bottom of the murders. Noemie Jounot had the role of Kay’s French maid Louise down pat, Martin Estridge was fun as the cynical, wise-cracking William Smith. Less satisfying was Vincent O’Neill’s portrayal of Dr Bessner, which has not found its mark yet.

The ‘Lotus’ will keep drifting along the great Nile river, somewhere between Shellal and Wadi Halfa, until it docks into port with the final show on  Saturday October 5, 2013.