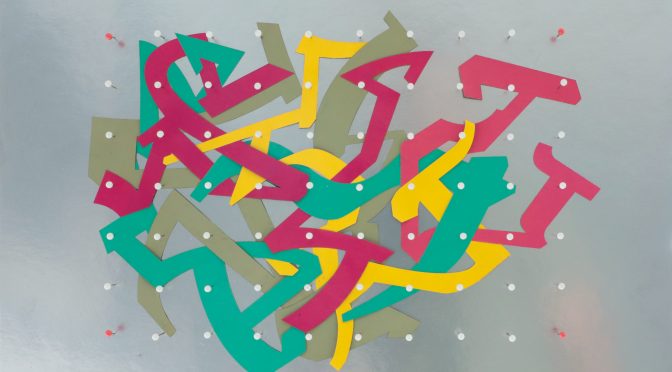 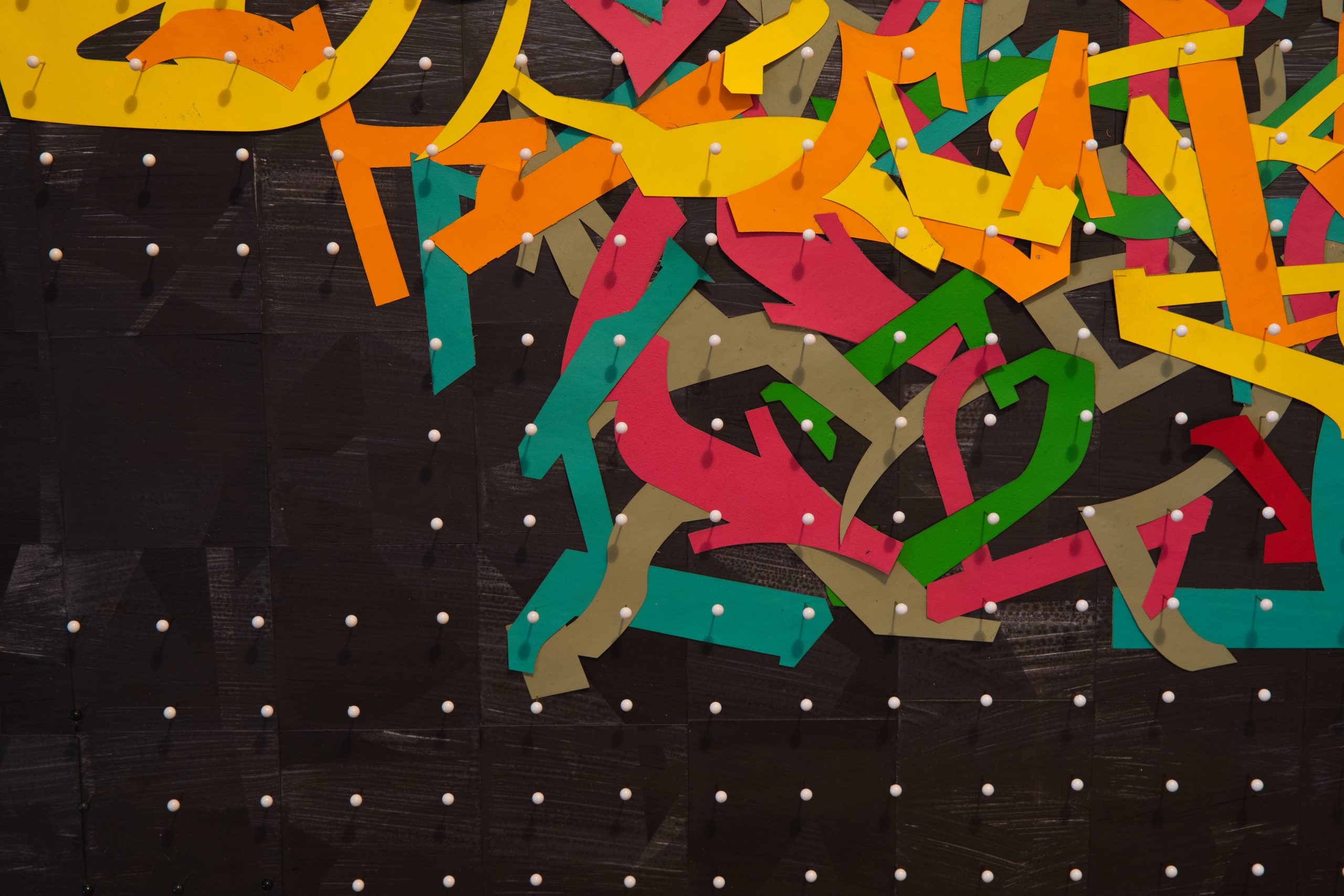 (un)Solicited, presented by Disorder Gallery as part of Art Month Sydney 2022, introduces a series of new collages exploring cultural hybridity that continue to make use of Miguel’s personal vocabulary of calligraffiti inspired forms.

The series, first conceived when Miguel was working as a secular Visual Arts teacher at both an Islamic and Christian high schools, connect not only different aspects of his personal history, but also the broader past to the present.

For millennia, Spain’s contested territory has been a cultural melting pot. Bridging, either willingly or by force, the divide between Europe and Africa and later the America’s. It is this constant fusion of cultural elements that interest Miguel and is manifested in (un)Solicited. The forms, that make up the collages, although essentially modern in its spirit and influence, owe as much to the development of calligraphy in the islamic world as it does to the seemingly free-form of contemporary urban scrawl that permeates much of our urbanscape.

Miguel’s collages, even though they resemble words you might find sprayed across a wall, don’t actually represent any particular letters or characters. Like a Victorian-era cabinet of curiosities, the forms are pinned in place in an attempt to fix them in time, frozen for prosperity.

Removed from their context, and presented as an extinct specimen for future generations to ponder at, are at the same time devoid of any meaning yet pregnant with multiple interpretations. 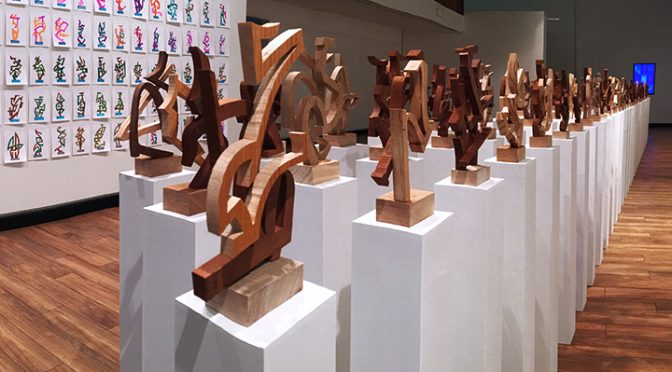