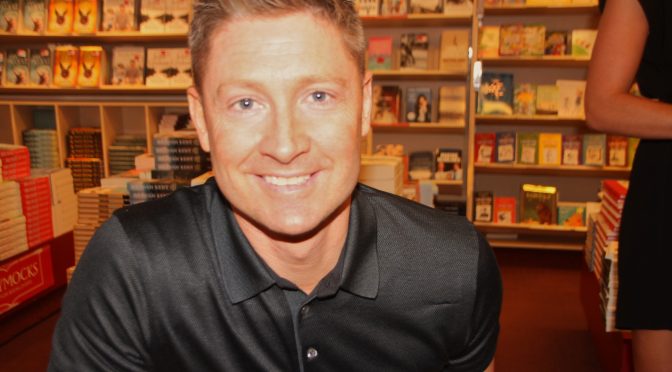 Australian cricket great Michael Clarke was on hand last Wednesday at the Dymocks city store to sign copies of his newly published autobiography MY STORY.

Clarke was the greatest batsman of his generation and, as captain, possessed the sharpest tactical mind in the game.

Bursting onto the scene in 2004 with a Test century on debut, Michael Clarke was Australian cricket’s golden boy. And the batting prodigy they nicknamed ‘Pup’ certainly fulfilled his destiny in a stellar 11-year international career of 115 Tests, 8643 runs and 28 centuries. END_OF_DOCUMENT_TOKEN_TO_BE_REPLACED