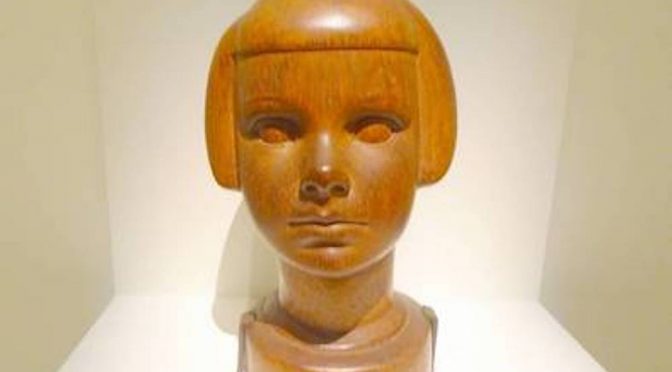 Margel Hinder (1906-1995) was born in Brooklyn and emerged as an artist in her own right when she came to Sydney with her husband Frank Hinder, also a well regarded artist. In fact, they even had joint exhibitions.

For her part Margel Hinder is regarded as one of Australia’s most important sculptors of the twentieth century. She was deeply influenced by movements of modern sculpture and pioneered such artforms in Australia.

Broadly, in the 1930’s Hinder worked on work carvings of simplified shapes, pairing them down to stress their inner energies.  END_OF_DOCUMENT_TOKEN_TO_BE_REPLACED