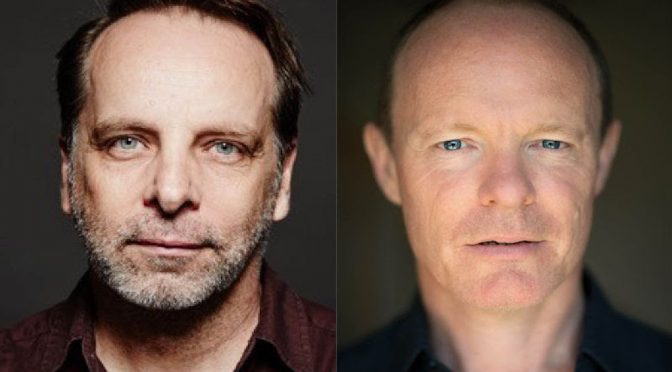 The winner of the Silver Gull Play Award 2020 is Gods and Little Fishes by Jamie Oxenbould and Richard Sydenham. END_OF_DOCUMENT_TOKEN_TO_BE_REPLACED 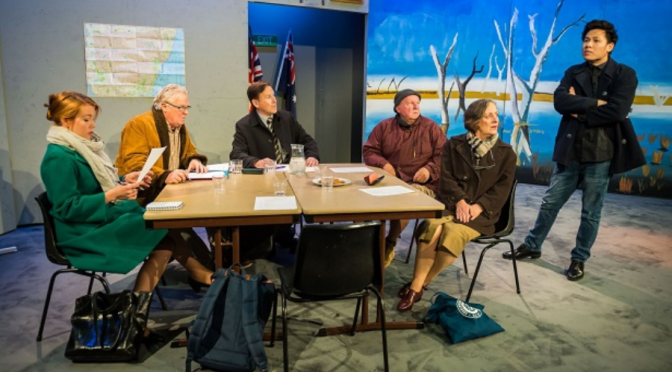 Chester is the school rep by default  on the committee.  He’s a teacher and from an Asian background.  That means Chinese to Maree and Wally, it’s a tough room!  Lap Nguyen gives us such a fun character here.  Self-deprecating, amused beyond belief at the rest of this committee, not above baiting their prejudices and guilelessly positive.  Chester is beautifully written of course. END_OF_DOCUMENT_TOKEN_TO_BE_REPLACED 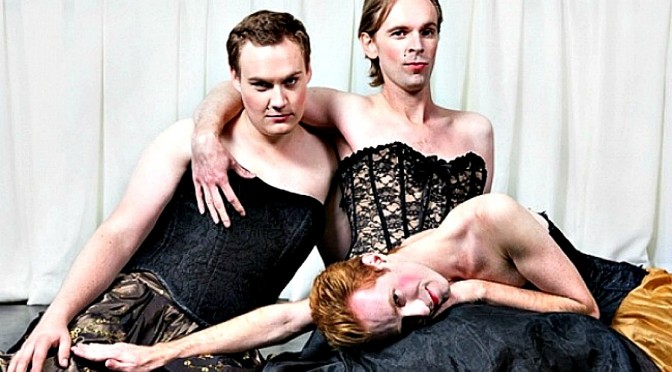 I had a quick bite before seeing MOTHER CLAP’S MOLLY HOUSE in Newtown last night, and the meal was, sadly, disappointing. The best I could say for it was that it was warm and filling. Unfortunately, on a scale of one to fabulous, MOTHER CLAP’S MOLLY HOUSE, a play with songs by Mark Ravenhill and music by Matthew Scott, didn’t even get to warm and filling. Much too long, uninspired writing and equally mundane musical numbers and choreography made this promising play a bit of a dud.

When Mrs Tull’s husband dies and she is left in charge of their dress hire shop, she overcomes her self-doubt to continue on with business as usual. Business is conducted with the local whores, but looks to go downhill almost immediately, until she finds her apprentice Martin and some other blokes playing dress-ups in the skirts. She quickly realises that she can still make a buck, setting up a male brothel, the Molly House of the title. END_OF_DOCUMENT_TOKEN_TO_BE_REPLACED

The play begins at beginning of the First World War with the current sty councillors, William and Albert, battling it out over which one should sign up for the great adventure. END_OF_DOCUMENT_TOKEN_TO_BE_REPLACED

The collapse of energy trading giant Enron in 2001 was a bankruptcy of massive proportions, not just financially but also morally. The entire company was in thrall to its share price and would do anything to see it surge higher and higher.

The opening of Lucy Prebble’s play ENRON is a spectacle comprising the massed ranks of the Ensemble, with the front-of-stage energy traders chanting their mantras in homage to the supposedly free market.

However, Enron the company was based not on free-market principles but on impenetrable financial engineering. And Enron pursued profits with such tenacity that it would sooner see swaths of California plunged into blackouts rather than lose a single dollar in profit.

The play’s opening scene is reminiscent of the great Nazi rallies at Nuremberg and even the infamous Enron “E” logo takes on ominous swastika overtones. The cult of Enron was masterminded by president Jeffrey Skilling (played with creepy manipulative skill by Matt Young) in the service of George W Bush’s great friend, the chairman Ken “Kenny Boy” Lay (Peter Flett). Even the initially innocent and blundering chief financial officer Andy Fastow (Nick Curnow) becomes caught up in the web.

The monsters he and the rest of Enron have unleashed are symbolised, rather bizarrely, by several “raptors” in a cage behind his desk, the vicious dinosaurs scratching and hissing as he hatches his dodgy schemes. In other light-hearted moments among the financial chicanery, investment bank Lehman Brothers is portrayed by two simple young boys and auditors ARTHUR ANDERSEN as corporate yes men. On the other hand, some of the most callous dialogue is taken from Enron energy traders’ actual taped conversations.

Director Louise Fischer handles the play and the substantial cast well, and although the opening night performance at times appeared not to quite gel, it will undoubtedly acquire more polish as the play’s run progresses. Thanks to Fischer’s direction, the complicated financial shenanigans never become unclear and interest is maintained right until the end, when the whole shoddy corporate edifice collapses.