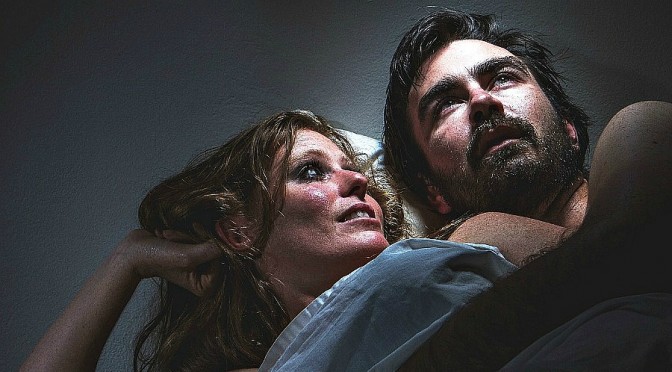 Staging theatre in a pub is a good fit. Drama and bars complement each other well and the performance of John Patrick Shanley’s 30 year old New York play DANNY AND THE DEEP BLUE SEA in the Roxbury Hotel, St John’s Road, Glebe, works exceptionally well. The first act is set in a bar and initially the audience is not quite sure if Danny (excellent performance from Wade Doolan) is an actor or a drunken patron.

Danny’s banter with the play’s only other character, Roberta (skilfully realised by Karli Evans), soon assures us that is in fact theatre and we can enjoy the ebb and flow of the drama. The characters’ tones and attitudes oscillate between disinterest, antagonism, affection and amusement and following the variations in these states is very engrossing.

END_OF_DOCUMENT_TOKEN_TO_BE_REPLACED 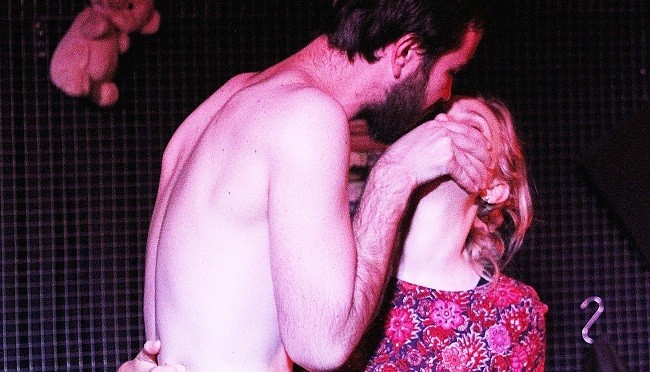 Some nights at the theatre leave you in stitches. Not so with STITCHING.

Abby and Stuart’s living room is made up of mesh wire walls and bench seats, a cage or coop, where these two lovers are trapped.

END_OF_DOCUMENT_TOKEN_TO_BE_REPLACED A tiger is on the loose in the Southern Highlands, on the outer fringe of Western Sydney.

Ambitious quick juxtaposition of moods, with the constant threat of violence.

Brutally uncompromising tension, with honest strong performances by all the cast, in this realistic and very twisted tale of power games, keeping secrets, betrayal, destructive pleasure, sex and drugs.

Savage “Bogan Christmas” with the three dysfunctional Unwin brothers and their wives.

This terrifying explicit and raw account, shows all the consequences of the unrestrained violence of the Unwin brothers.  Interest is constantly sustained, by the unpredictable responses of each of the characters, and their predatory co-dependency.

The script also achieves laughs from this disturbing story, where the wives are more prey than partners, as it reveals the origins of violence in a family that has a serial killer in its ranks.

The three Unwin brothers, with backpackers missing perhaps eerily similar to Ivan Milat and also brings to mind the 1991 play THE BOYS by Gordon Graham.

Lara Lightfoot is his young wife Kylie Unwin, nine months pregnant, but must go home to watch her favourite soap THE BOLD AND THE BEAUTIFUL.

Leighton Cardno is superb as the very creepy Charles (Chuckles) Unwin, who is always prepared to cause trouble.

The director has created a powerful resonance with the vision applied to this production, that comes from sharing the experience of captivating, visceral performances.  The structure of the play is tight, and moves quickly. Highly Recommended.