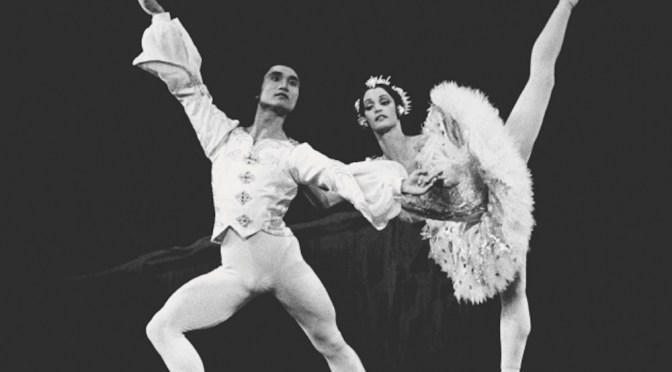 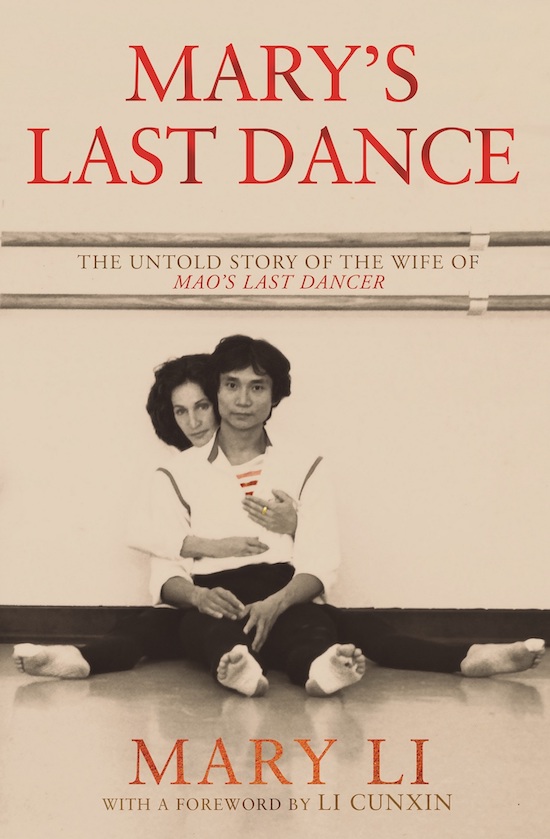 This highly anticipated book is a companion piece in a way to ‘Mao’s Last Dancer’, the extraordinary story of Li Cunxin currently Artistic Director of the Queensland Ballet.

Now for Mary, his wife. It is a powerful and moving tale of a mother (and father’s ) love, of Mary sacrificing her career for her daughter and the various struggles the family has been through. It blends four or more worlds: those of ballet, finance, Western and Chinese and the hearing and deaf. How does the family – but especially Mary and daughter Sophie – manage? The importance of family is a major theme throughout the book.

The book is warm and engaging. Mary’s voice comes across with a definitely Aussie ‘accent’. It is divided into six parts and twenty chapters, with photographs in the middle. END_OF_DOCUMENT_TOKEN_TO_BE_REPLACED 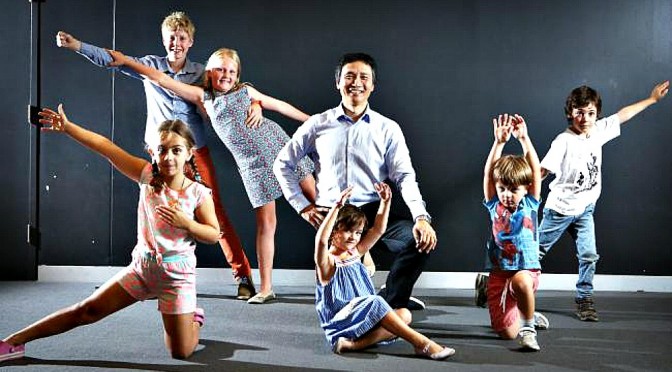 My son was entranced and my daughter was mesmerised. I was drawn in by the magical telling of a powerful story told so simply and so well.

Tim McGarry the director writes: ‘Li Cunxin’s life journey feels like a fairytale, a ‘rags to riches’ story about a boy who was propelled from a life of utter poverty onto the world stage to become one of the greatest ballet dancers of our time. It is all of this and so much more – a story of fate and agency, pain and loneliness, of an astonishingly determined spirit who overcame adversity; an emotional and physical struggle to simply survive.’

A powerful bookend – the grown Li Cinxin is waiting in the wings to dance, his parents out front. Front and centre. From then we revisit Li Cunxin as a child. So effectively, a boy and his kite and his father’s story of the little frog stuck down a well – and the writers have brilliantly, for their young audience captured a dream that lights a spark of a fire in a young boy – of hopes and dreams. If he fulfills these, he will bring so much happiness to his family. And yet he will lose his family as well.

Each scene transforms from the last in location, energy and pace by the mastery of David Bergman’s media design image backdrops. These too morph from time to time. From the allegory images of Mao and his young charges, that he will mould and own.

Clever devices of Designer Michael Hankin, that invite the actors into their world, spread and dissolving across the curtain – behind the proscenium box. A simple shadow play behind at times and interwoven effectively by a supportive score from Daryl Wallis. Within this box is a lifetime of story, a farm house, a school, a dancer’s torture and a dancer’s tears and fears.

Gliding effortlessly across the story box are the most dynamic and clever story-teller four. Jonathan Chan, Jenevieve Chang, John Gomez Goodway and Edric Hong. John as Li Cunxin, leaps from a frog boy through to the growing dynamic dancer, with his genuine awe of the inspired youth. Jenevieve is the aspirational mother who loves him more than her own life and then so masterfully reveals the school teacher revering Mao through the tough and dominating dance instructor and then the American philanthropist benefactor.

Jonathan Chan is a generous and mostly patient father, then almost unrecognisable as the bureaucrat. Edric is so light as the comic joke-about brother, the talent scout and then the American choreographer who sees in Li Cunxin more than the young Li see’s in himself.

I ask my 9 year old daughter how she connected with the story and she completely grasped the young boy and the fathers frog story and being stuck in a well. Also for her most memorably the scene of Li Cunxin being tested for the ballet – could he jump high enough – could he balance – could he ‘steal’ himself to be chosen. chosen for opportunity no matter what that was.

For my son, 11 year old, himself a young actor and dancer, he was delighted in the telling and the technique, but I asked him about the emotions he shared, in his words, “even though it seemed the impossible for him to do, the impossible, he did it.”

The pace was perfect, a story so full, told in an hour. We all held our breath as Li Cunxin’s story unfolded, and then finally again with the dancer before his parents and the boy leaps to become the curtain image of light and he becomes like the kite – so powerful in flight, so bright under the sun. Lifted right out of the well.