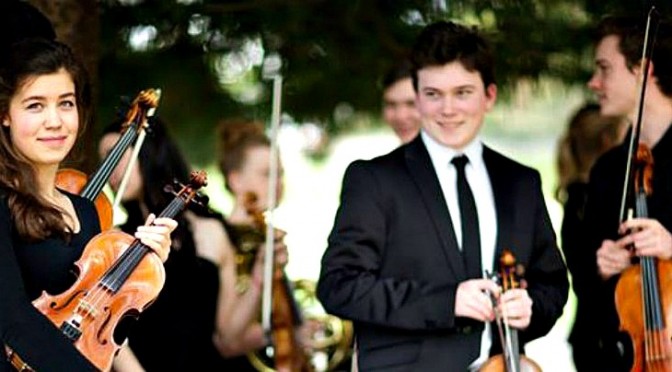 LEGENDS OF PAST from the Sydney Youth Orchestra (SYO) was a bold start to this year’s season. With later concerts this year including an opera, opera music and other highly dramatic programmes, this concert’s tribute to the ANZACS in a commemorative year was a colourful, collaborative and meaningful start to 2015.

The programme included an exciting world premiere work, ‘Cathedra’, by Andrew Howes, a Sydney-born composer aged in his early twenties. Written for large forces and containing penetrating effects, it made for a stunning opening. Its soundscape, intended to commemorate fallen soldiers at Gallipoli, fitted in well with the concert’s extra-musical agenda.

Following this work came a break from pure orchestral entertainment with a monologue by Morris Gleitzman, the Australian author of ‘Loyal Creatures’. This monologue was given a poignant performance by Australian actor Paul-William Mawhinney. His measured and genuine portrayal as the ghost of young soldier Frank alternated beautifully between rollicking anecdote and moments of choking heartbreak. It was a touching reminder of the sacrifices made during the Gallipoli and Egyptian campaigns by soldiers of the Lighthorse Brigade. END_OF_DOCUMENT_TOKEN_TO_BE_REPLACED