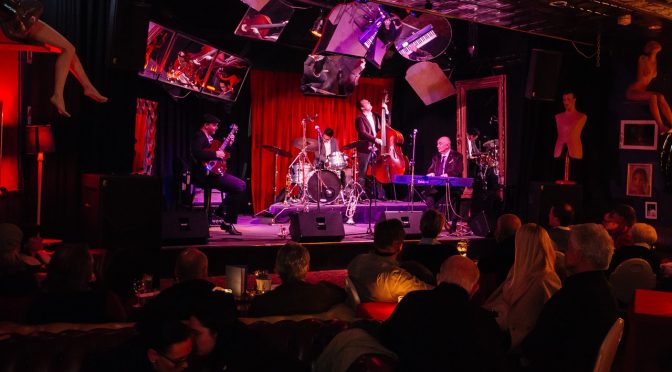 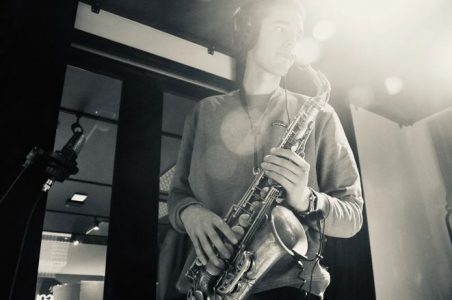 Listening to live music is a real treat when it is performed with the skill and enthusiasm that New Exchange displayed at the quirky Lazybones Lounge in Marrickville.

New Exchange were performing on the idiosyncratic Level 1, which still has an oddball collection of chairs and a lounge, Japanese inspired murals on the ceiling, extravagantly moulded cornices and plush velvet drapes. The three piece band was tucked away in an alcove and somehow managed a brilliant sound mix that had the instruments clear and separate, allowing the audience to hear them playing off against each other or dynamically fusing together.

Saxophonist Patrick Lefevre is the impressive front man for New Exchange and is wonderfully supported by Aidan Efron on double bass and Alex Keser sitting in on drums. They played some jazz standards from the likes of Charlie Parker, Miles Davis and John Coltrane and somehow the sparse trio managed to create a sound that filled the room and evoked performances and venues from other eras. Another artist featured was the American composer Carla Bley.

Equally impressive were their own compositions. Some were written by individuals in the group and others were written jointly. They had a different feel to the covers performed but came from similar jazz aesthetic. They fitted well in the program and added variety and freshness.

The New Exchange members are recent graduates of the James Morrison Academy. The band has toured nationally and performed alongside Mr Morrison and other Australian jazz icons on many occasions, including at the Sydney Opera House.

At their Lazybones Lounge gig they displayed a sumptuous range of skills and styles. I liked how they added variety by switching between sticks and brushes when drumming, bowing or plucking the bass and growling and bending notes on the sax. It added to the complexity of the performance.

Having missed out on so much live music over the last two years, the audience and the performers were all grateful to be out and enjoying quality jazz in a delightful venue.  There is one more opportunity to catch them in Sydney while they are on their east coast tour. 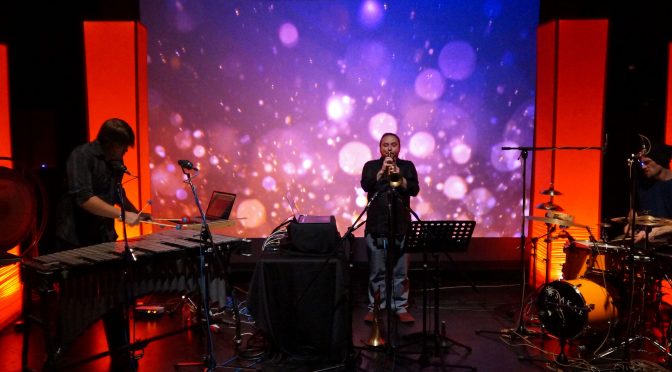 Opening the evening was ALLY, a six piece jazz ensemble that blends Afro-Peruvian music and jazz to create an interesting mix of African rhythms, Latin melodies and modern jazz sensibilities. A creative music venue like Lazybones is a great space to explore an innovative blends of different musical backgrounds within a jazz framework.

The rhythm section of Stamatis Valacos on double bass, Giorgio Rojas and Steve Marin on percussion set up a great platform for the rest of the band to perform their solos and improvisations. Jonathan Cohen on piano is often part of the rhythm section but also performs solos and melodies that make a real statement and he has interesting interactions with Eamon Dilworth on trumpet and Gai Bryant on saxophones and flute .

Original compositions by Jonathan Cohen, Eamon Dilworth and Gai Bryant in South American styles such as bomba and cha cha cha featured. Eamon Dilworth’s Fibanacci was an extravagant number and the band sounded bigger than its six pieces. An un-named song early in the set featured Gai Bryant on flute and Steve Marin treated us to a cowbell solo. Jonathan Cohen’s Descarguita was a tribute to Herbie Hancock and fittingly contained an excellent saxophone solo. END_OF_DOCUMENT_TOKEN_TO_BE_REPLACED