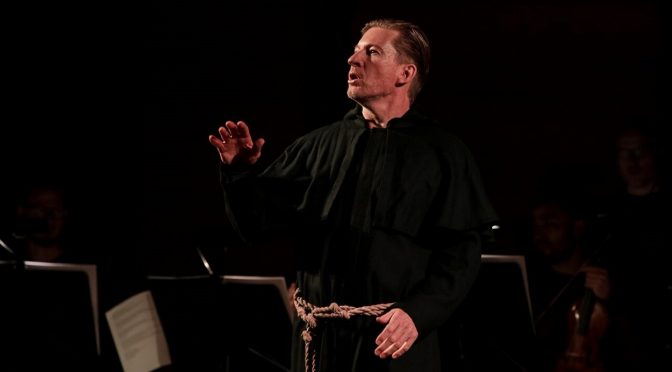 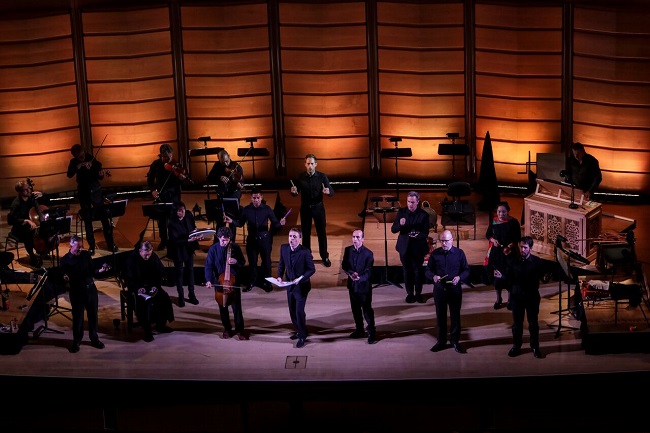 KARAKORUM :  A most exciting and unusual concert that combines the outstanding talents of the Australian Brandenburg Orchestra and five members of the Brandenburg choir with the ‘medieval world folk’ ensemble, La Camera delle Lacrime.

Narrated by one of Australia’s most respected actors, David Wenham, as William in a black Franciscan habit , the concert follows the 13th century journey of William of Rubruck, a Flemish Franciscan friar who spent years exploring what we now know as ‘the silk road’ on a mission to convert the Great Khan to Christianity in the Mongol capital, Karakorum.  He traveled through the lands that the Mongols had conquered in the Crimea, the Caucasus, Central Asia, and Asia Minor between 1253 and 1255. Wenham as William conveys Michael Costi’s script (a translation which is based on La Camera Director Khaï-dong Luong’s original concept and directed here by Constantine Costi) with attentive respect, considering each observation, before discreetly withdrawing to write in his journal as his adventure develops. END_OF_DOCUMENT_TOKEN_TO_BE_REPLACED