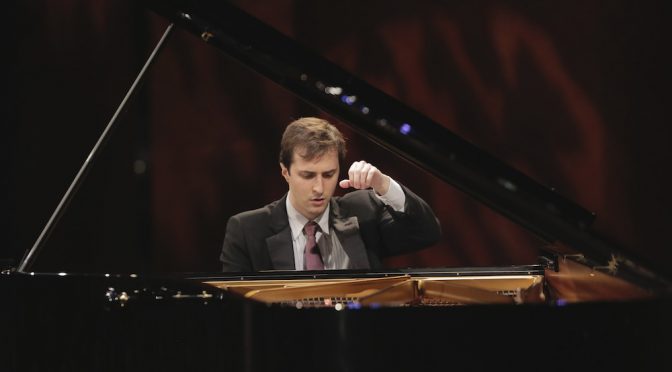 Broberg opened the program with Bach’s ‘Prelude and Fugue in A♭ Major BWV 862’ a familiar piece he played during round 1 of the Preliminaries at the 2016 Sydney International Piano Competition. The sparkly Fugue and gentler Prelude were delivered with vibrato and technical confidence. Having seen him perform at various stages during the 2016 Sydney International Piano Competition from Preliminaries to Finals this young and highly talented pianist has matured and come a long way with his recital performances since then.  END_OF_DOCUMENT_TOKEN_TO_BE_REPLACED