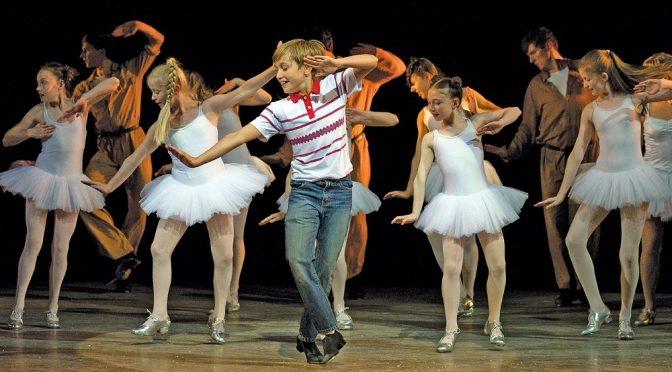 Universal Theatrical Group, Working Title Films, Greene Light Stage, Michael Coppel and Louise Withers Presents are delighted to announce that tickets for the Sydney season of Billy Elliot the Musical are now on sale at billyelliotthemusical.com.au

This 10th Anniversary Australian Tour will premiere at Sydney Lyric Theatre from October 10 followed by seasons in Melbourne at the Regent Theatre from February 2020, Crown Theatre Perth from June 2020, QPAC’s Lyric Theatre inBrisbane from July 2020 and the Festival Theatre at Adelaide Festival Centre from September 2020.

Featuring music by the legendary Elton John, book and lyrics by Lee Hall, choreography by Peter Darling and direction by Stephen Daldry, Billy Elliot the Musical has been seen by over 12 million people worldwide.  Acclaimed by audiences and critics alike, it is the recipient of 85 awards internationally, including 10 Tony Awards, 5 Olivier Awards and 8 Helpmann Awards.

Starring as the tough but supportive ballet teacher Mrs Wilkinson will be Kelley Abbey, one of Australia’s most accomplished performers, internationally renowned choreographer and award-winning creative director.Kelley began her career in the long running TV series E Street before starring on stage in productions including Sweet Charity, Grease the Arena Spectacular and Fame the Musical. Her incredible choreography earnt her a Helpmann Award forThe Boy from Oz Arena Spectacular as she has proved to be one our country’s most creative and innovative doyens of dance and live performance. It is only fitting that she now steps into the shoes of Mrs Wilkinson to guide Billy through his unique dance journey. END_OF_DOCUMENT_TOKEN_TO_BE_REPLACED