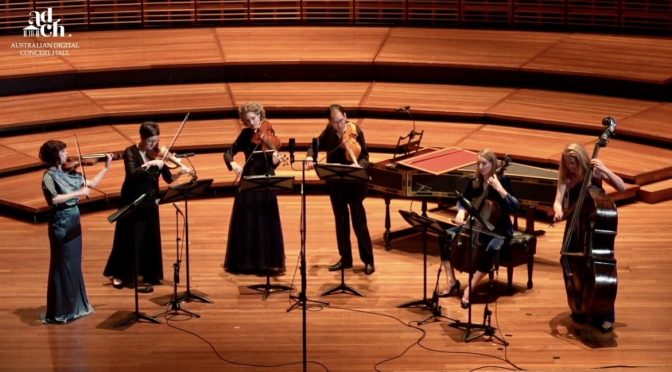 This latest terrific concert by the Bach Akademie was filmed at the NSW Conservatorium of Music and streamed by the Australian Digital Concert Hall.

Directed by Madeleine Easton it was an inspired performance with sumptuous playing that focused on the structure of the music.

The concert is called WEAPONS OF RHETORIC as it draws on the book The Weapons of Rhetoric by Judy Tarling, who examines the links between music and rhetoric , particularly in the Renaissance and Baroque eras. The works chosen for the concert highlight J.S. Bach’s brilliance at persuasive musical conversation.

Before the various pieces, Jonathan Biggins OAM and Jonathan Horton QC read various snippets, defining and detailing how rhetoric can be used in both music and speech , while Bach Akademie presented examples of musical rhetoric . END_OF_DOCUMENT_TOKEN_TO_BE_REPLACED