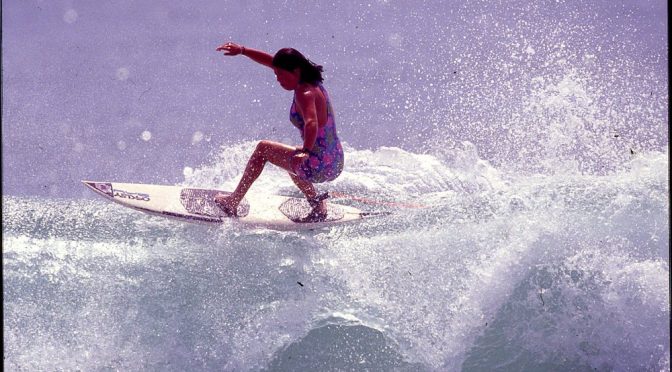 It’s the 1980s and the world of professional surfing is a circus of fluorescent colours, peroxide hair and  radical male egos. GIRLS CAN’T SURF follows the journey of a band of renegade surfers who took on  the male-dominated professional surfing world to achieve equality and change the sport forever.

The film has been directed by multi award winning director Christopher Nelius.

GIRLS CAN’T SURF is a wild ride of clashing personalities, sexism, adventure and heartbreak, with each woman fighting against the odds to make their dreams  of competing a reality.

Madman Entertainment is offering readers 10 in season double passes. Email editor.sydneyartsguide@gmail.com with GIRLS CAN’T SURF PROMOTION in the subject heading and your postal address in the body of your email. Winners will be advised by email.