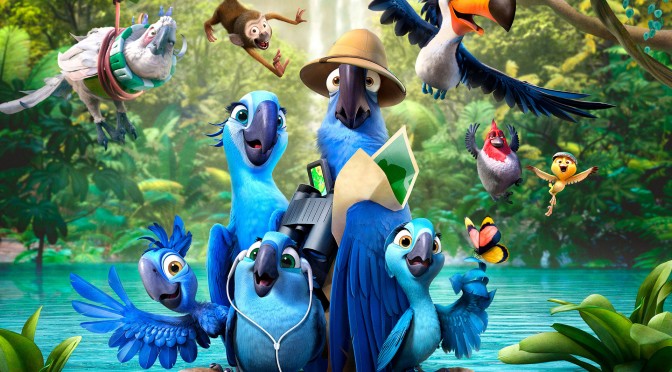 This second animated outing for the blue macaws from the magical city of Rio, is full of energy and eye candy. Blu and Jewel unexpectedly discover, that there are other members of their species located ”Deep in the Amazon”. City bird Blu (Eisenberg) is happily married to Jewel (Hathaway) and this time, they travel to the Amazon with his family and his friends (from the first RIO movie) to look for Jewel’s family, but the villainous adversary Nigel (Clement) the deranged white cockatoo, is again gleefully subversive and keen on revenge. One of my favourite scenes, is the soccer match between the Blue Macaws and the Red Macaws

END_OF_DOCUMENT_TOKEN_TO_BE_REPLACED 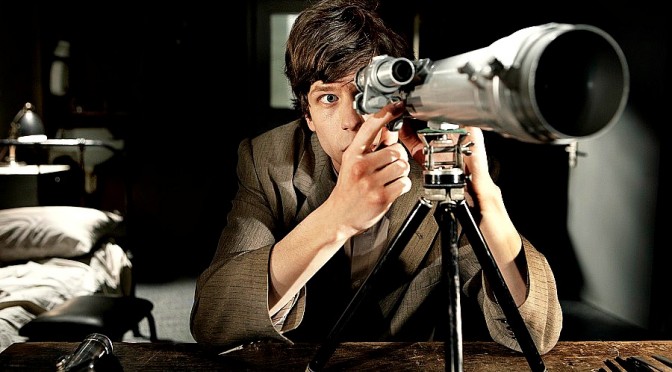 THE DOUBLE is set in a dystopian past where 1950s austerity Britain meets Gulag chic, and our hero’s offices are all chunky Bakelite and eerily green-glowing clunky office equipment, the interiors and work cubicles drenched in dirty greens and greys and browns. Outside, fog drifts between equally soulless apartment blocks. No wonder then that the police have a dedicated unit to investigate the many resultant suicides and which is the source of some much-needed humour, wry though it is.