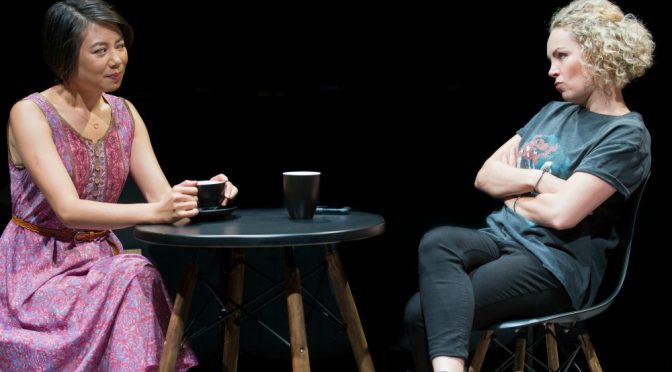 Vicki is doing a lots of independent theatre gifs, whilst Celia has had a long standing role in a soapie, or as she calls it ‘a continuing drama series’. Whenever the girls meet for a cuppa Vicki baits Celia to leave the soapie and do some serious acting. After all, she was the star student at NIDA. Celia is a little torn, she would like to venture out but she loves the regular pay cheque she receives. END_OF_DOCUMENT_TOKEN_TO_BE_REPLACED 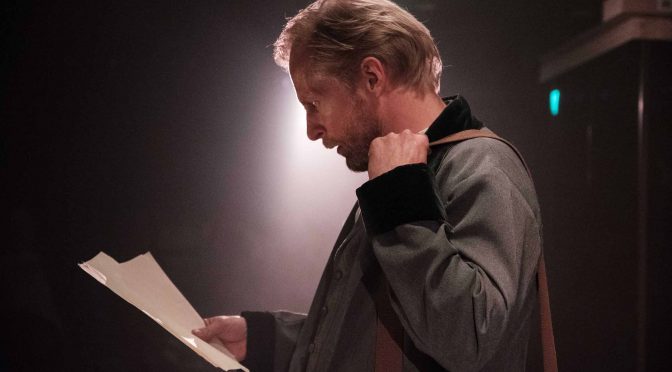 One protagonist, Richard Wagner, is obviously received and revered but for some in the audience, the other name, Adolf Hitler, is part of living memory.  My mum remembers the chaos and the Movietone newsreels of the time and several people of my acquaintance have family who were caught up in the holocaust of the National Socialist German Workers’ Party.  So, a play that puts this odium on stage in front of you … a gay heart, a Jewish soul, a gypsy heritage might quake to see.  However, DRESDEN, playing at the Kings Cross Theatre, is not to be feared.

Playwright Justin Fleming has created a warm text that for most of its 80 minutes floats with a balance of emotion and intellect before delivering the challenge of a hard landing  question to take away with you.  Here there is density without heaviness and entertainment without escapism allied with a rigorous interrogation of the profundity and complexities of power in great art.  And love, or the lack thereof. END_OF_DOCUMENT_TOKEN_TO_BE_REPLACED

The play begins at beginning of the First World War with the current sty councillors, William and Albert, battling it out over which one should sign up for the great adventure. END_OF_DOCUMENT_TOKEN_TO_BE_REPLACED 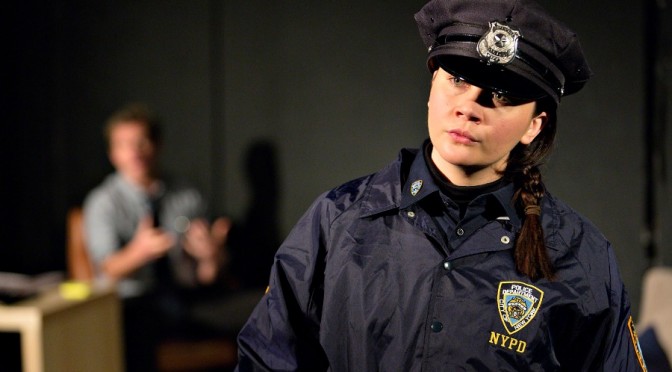 END_OF_DOCUMENT_TOKEN_TO_BE_REPLACED

When I learned that JERUSALEM ran for two hours and forty minutes with two intervals I groaned inwardly and steeled myself for a marathon. When the curtain came down on the opening performance I didn’t want it to end and along with the rest of the audience clapped my hands sore for a truly stirring and entertaining experience.

The writing in this piece makes you want to get hold of a script for your own reading pleasure, let alone see it performed. Jez Butterworth is a poet, a comedian, a raconteur, a dramatist and a roguish teller of tall tales, all within moments of each other. To borrow a promotional line from a blockbuster movie: “You WILL believe a man can fly!” What a pleasure.

The performances just about did justice to this wonderful work. And I only say this for the same reason you should never give a perfect ten score for any endeavour. There is always a possible improvement. But the fabulous ensemble came very close, led masterfully by Nicholas Eadie as Rooster Byron with standout help from Jeremy Waters, as Ginger, and Alex Norton, Pete Nettel and Brynn Loosemore as his gang of cohorts.

I really don’t want to single anyone out. The entire cast were very good.  The Wiltshire dialects were sometimes a little suspect and I perhaps would have liked Phaedra, (Anna Chase) to ease back on the projection of her songs for a more ‘fairy-like’ sound. (But that’s just a minor personal thought on what may have been a purposeful choice.)

Great set (Tom Bannerman), lighting (Blake Garner) and soundscape (Alistair Wallace), and of-course none of this is possible without the deft directorial debut of Helen Tonkin. (They say that the direction is forgotten unless the show is bad. Then it’s all their fault!

An old acting acquaintance remarked as we went in from the second interval: “I think this is the best thing I’ve ever seen at this theatre!”. There have been a lot of memorable shows at the venue.  I promise you won’t forget this one.

JERUSALEM by Jez Butterworth opened at the New Theatre, 403 King Street, Newtown on August 22 and is running until Saturday September 14, 2013.