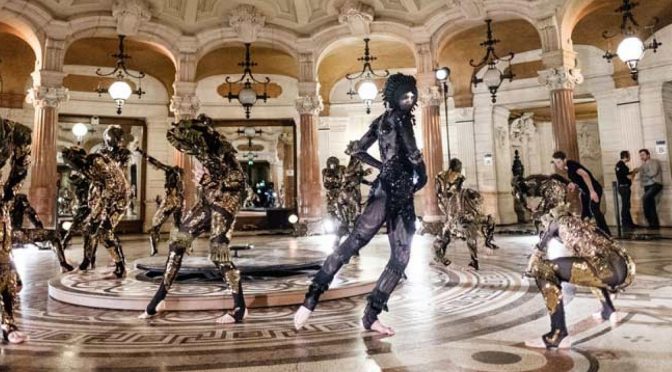 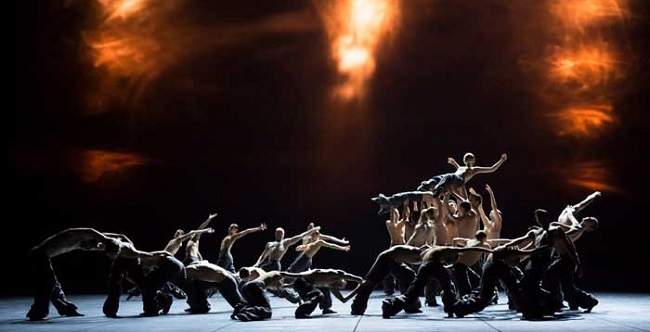 The latest in the Palace Opera and Ballet season of dance is a striking mixed programme of works by four of the world’s most exciting contemporary dance makers as performed by the Paris Opera Ballet.

Frôlons , a new work from Switzerland’s James Thiérrée, opens the programme. The dancers in Thiérrée’s work invade the magnificent public areas of the Palais Garnier and introduces us to his dream-like world. There are also singers and musicians involved. The costumes are extraordinary – inspired by some of the various statues and decorations around the Opera building. Featured performers include huge slithering dragons, and a lady with an incredible lamp headdress.  There are some sections where the lighting is isolated and concentrated and the various ‘balls’ of light can be hand held and manipulated.  END_OF_DOCUMENT_TOKEN_TO_BE_REPLACED 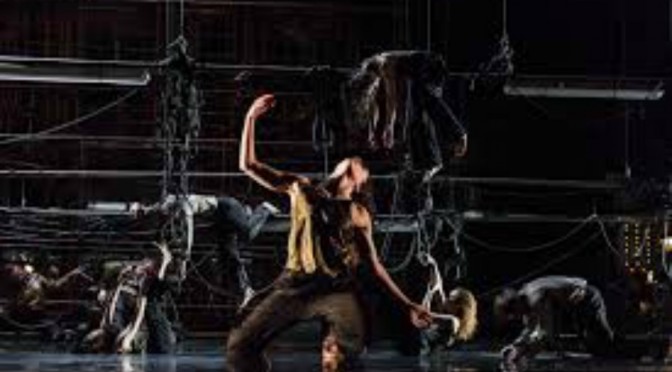 What happens when you collide a world class exponent of the nonverbal with an educated audience of festival goers? If tonight’s performance of TABAC ROUGE is any indicator, there are those who huffily and noisily walk out during the performance and those who stand for the whole of the 10 minute long bows. Similarly the show ranges and yet is riven. In the world of surrealism, which appeals to who regarding what is central.

After sell-out international seasons since its inception early in 2013, TABAC ROUGE is the hot ticket of the Sydney Festival. The Compagnie Du Hanneton is under the directorship of James Thierree and the work encompasses dance, movement, magic, circus and an indefinable otherness to create an experience rather than tell a story. END_OF_DOCUMENT_TOKEN_TO_BE_REPLACED