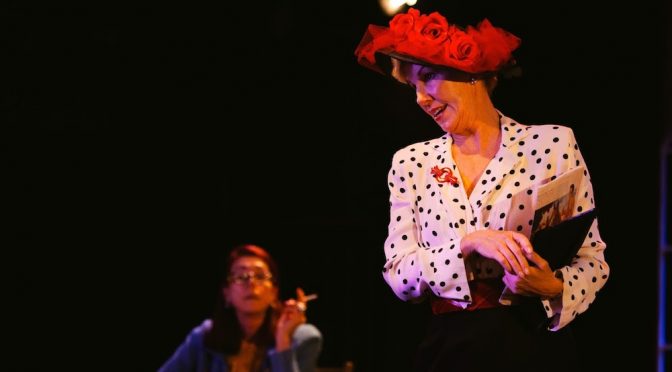 It tells the story, theatrically, of the twenty year correspondence between Helene Hanff, struggling young writer living in New York and Frank Doel, the manager of Marks and Co, an  antiquarian bookshop in London. The correspondence only ended upon the death of Doel as a result of peritonitis after a burst appendix.

This is a feel good, very warm  night (or matinee) at the theatre. It’s about a wonderful pen friendship between two deep people with an abiding appreciation for world literature.

The sad fact was that Helene was planning for many years to fly to London and meet her pen friend and explore the book store in person but never got around it. END_OF_DOCUMENT_TOKEN_TO_BE_REPLACED 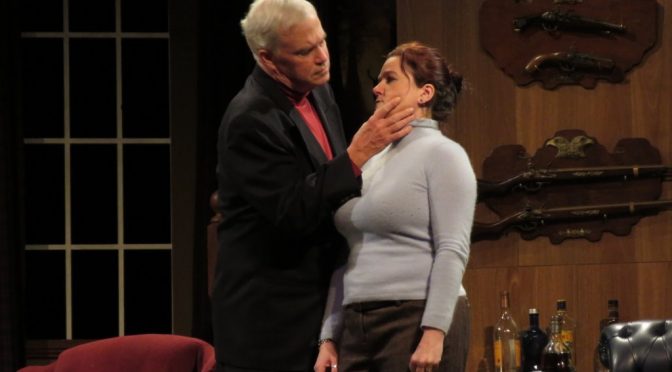 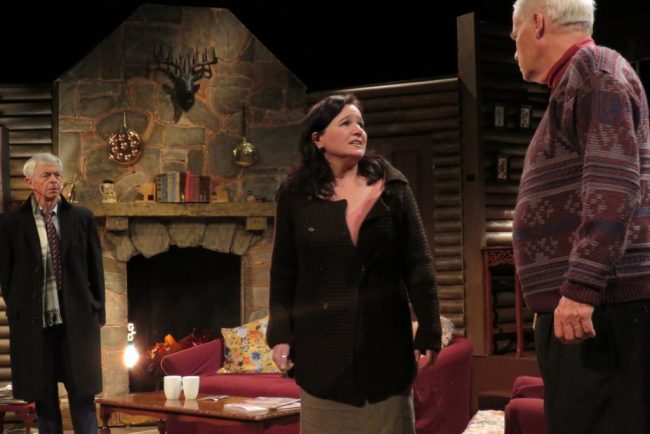 No sofa available unfortunately but Hunters Hill Theatre’s DEATH KNELL was just as good as any Friday night murder on the ABC.  One of my favourite indulgences!  The play is more of a why done it than a who dunnit with a boa constrictor squeeze of tension as it hits its second act.  And community theatre is just the place to see it.  DEATHTRAP might pop up every now and then in the big city theatres but it’s up to community groups to keep the thriller form alive.  And audiences highly entertained.

We meet Henry Roth, a playwright past his useby date and desperate for a hit to restore his standing.  Reruns on TV aren’t giving his ego the strokes it needs.  Nor is his younger wife of 5 years, Evelyn, of whom he is scarily controlling.  He has decided that he needs a new fresh face to headline his next play and invites an young actor, Jack, who he has seen in London up to his creepy, renovated, isolated hunters cabin in the Scottish highlands.  And the game will be afoot. END_OF_DOCUMENT_TOKEN_TO_BE_REPLACED 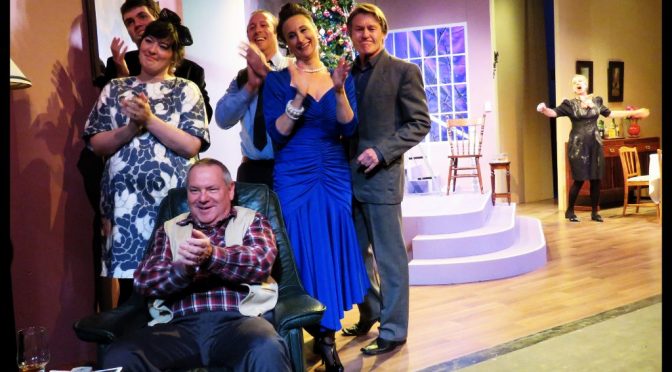 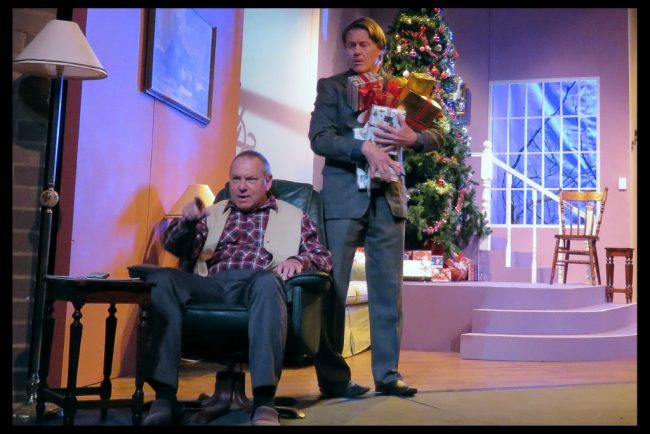 It’s a double dose of Christmas cheer for me this year because, at a matinee on Sunday,  I have filled up on decorated trees and garishly wrapped presents and crazy relatives.  It’s Christmas in June for Hunters Hill Theatre as they sled confidently into their second production for 2018, SEASONS GREETINGS.  This Alan Ayckbourn comic offering is black in places, farcical in others and always entertaining.  It’s a great choice for me on a wet Sunday afternoon and for the company … this kind of complicated, character driven comedy is the sort of thing community theatres do so well.

We meet Belinda.  It’s Christmas eve and she is putting the finishing touches on the Christmas tree.  Harried and irritated she has much to put up with.  Her husband, Neville, is a tinkerer and he has manifestly overdone the mechanisation of Christmas cheer with a gadget that brings on lights you can see from space and blaring carols that would deafen anyone in the house.  Not that Uncle Harvey cares, he just ups the level of the TV where he is watching his own brand of traditional Christmas media, violently bloody war stories…to which he adds he own enthusiastic commentary.  There are nine adults, in all, who will inhabit this story, each one as dysfunctional as these three. END_OF_DOCUMENT_TOKEN_TO_BE_REPLACED 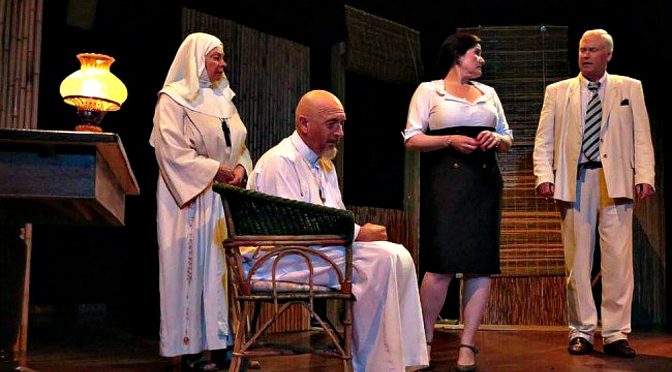 Hunters Hill Theatre’s A LETTER FROM THE GENERAL is everything you want in a night out at a community theatre. An entertaining show with committed performances, chatty and engaged audience members, friendly and professional front of house staff and as a bonus … really, really good coffee.

The play opens on a bamboo lined set and with the insect cacophony of the audio track we are obviously somewhere tropical. An infectiously enthusiastic young nun bustles in searching for an implement to fix the wire of the chicken coop. In her noisy and excitable poking around, she is obviously disturbing an older, more sombre Sister who is sitting at the desk focused on cataloguing some text books.

It is the 1950s in a nameless country as Chinese communism assumes political power and begins to oust foreigners. The nunnery is part of what used to be a mission school and child refuge. Now there are only five Sisters left and their priest has been arrested and tortured. The local British representative is closing up his consulate and heading out of the country too. END_OF_DOCUMENT_TOKEN_TO_BE_REPLACED 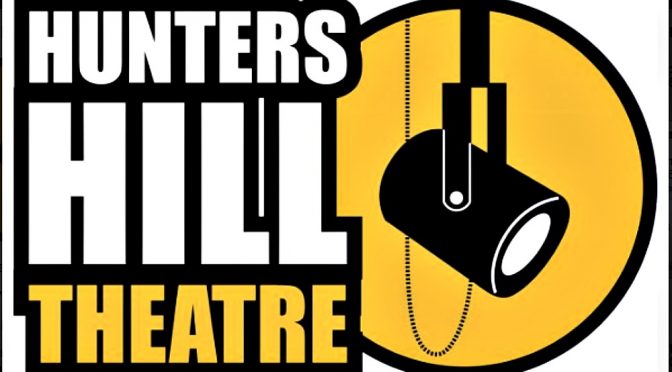 In Maurice McLoughlin’s poignant play A LETTER FROM THE GENERAL, a revolution has taken place in the Far East in 1950 and the nuns who work at a mission for orphaned children are ordered to leave.

One of the nuns receives a letter from the General, who is the new Governor of the Province, which has a profound impact on the decision to stay or go.