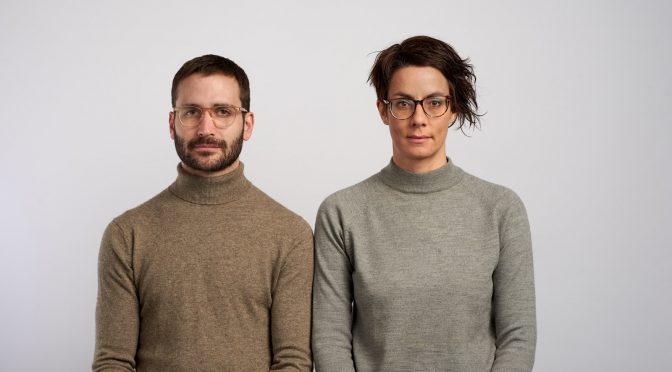 Presented by FORM Dance Projects, a dancer and percussionist come together in this strange, mesmerising double act about how movement sounds and how sound moves.

Set in the orthodox world of a music and dance recital, the ambiguous relationship between the two performers intensifies; the outcomes are impressive, disturbing and wildly ecstatic. 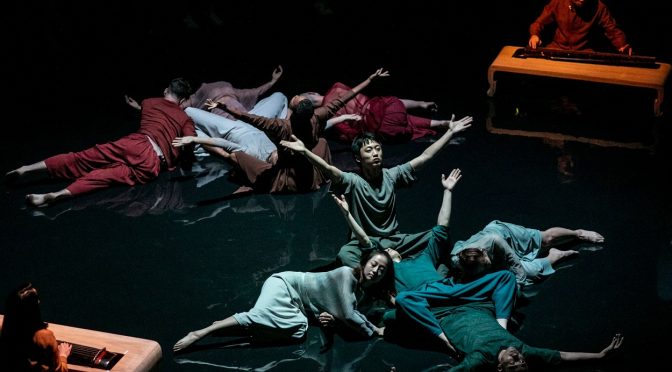 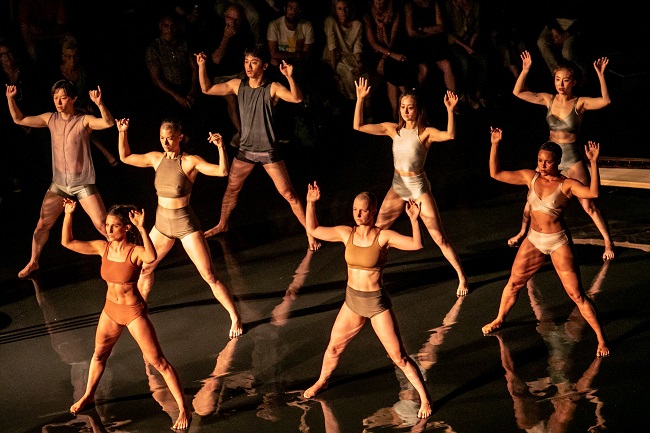 One of the major highlights of this year’s Festival of Sydney, this stunning show is a hypnotic, cross-cultural music and dance collaboration, where the audience are also performers. ONE INFINITY blends traditional Chinese music and contemporary dance, the audience an essential part of the performance, in an intricate, mirroring dialogue.

Eventually they decided their work required a sense of theatre and engaged Gideon Obarzanek as choreographer and director who brought together 10 dancers from Townsville-based Dancenorth and the Beijing Dance Theatre.

When we enter we discover that the audience is divided into two sides and the assorted musical instruments are on stage. There is a glossy reflective covering on the floor like a dividing river.

As director-choreographer Gideon Obarzanek informs us at the start of the performance, the audience does not just watch ONE INFINITY but is an integral part of the work. We are briefed to copy the gestures made by two dancers (Amber Haines and Gao Jing) when they are spotlit throughout the show. END_OF_DOCUMENT_TOKEN_TO_BE_REPLACED 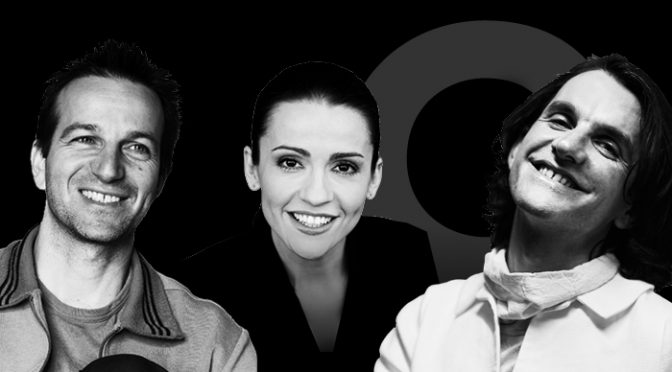 The latest scintillating panel in the exciting series of Culture Club talks was entitled HI-TECH STORIES . Chaired by Fenella Kernebone it considered how the use of sensors, lasers, virtual reality, online content, digital-real-time-audience-interaction and for example text messages have now been included and spiced up special effects and storylines for decades – artists and audiences continue to fervently embrace new technologies as fast as we can fund them. Lee Lewis (Griffin Theatre) TL Uglow (Google Creative Lab) and Gideon Obarzanek (ex Chunky Move) discussed the latest developments in creative technology in the theatrical world, its outcomes and effects ,particularly in theatre and dance.

Gideon Obarzanek is a director and choreographer, and is Artistic Associate with the Melbourne Festival, Chair of the Melbourne Fringe Festival and board member of Critical Path – Choreographic Research Centre based in Sydney. Gideon founded dance company Chunky Move in 1995 and was CEO until 2012.

Panel Chairperson Fenella Kernebone is the newly appointed Head of Curation for TedX Sydney and a radio and television presenter. She presents By Design on Radio National and The Sound Lab on Triple J.”

How do audiences today embrace the use of technology? How do the panel members embrace technology? Kernebone asked these and other burning questions and began with Where are we now with art and technology?

Lewis replied that she was caught between fear and hope .Uglow replied by saying it could all possibly be about the budget and funding and how culture has become institutionalised. Obarzanek replied by referring back to his work in the 1990’s  and how now the issue is ‘ liveness’ and how people want to digitally interact and be in the same place as the performance. He continued by saying that technology is always changing and always has a role in performance – now it has become more seamless.

The next issue that was raised was – if the tecnology doesn’t work do you keep going ? and how now so much art depends on the use of technology. There was then talk of fashioning and enhancing the audience experience and how nowadays performances can be shared and viewed around the world.

Obarzanek talked about his work with Chunky Move and the use of technology as well as film in performance and asked when using technology (as in his Glow for example) do you embody the performance as a performer, a character or as a kinetic image?

He also looked at the history of dance and storytelling , mentioning in particular Loie Fuller and Alwin Nikolais,  the use of projections and for Obarzanek’s Glow how light and image became part of the choreography.

He became fascinated with Reuben Margolin’s work with ‘string sculptures’ and this led to the work Connected  with Chunky Move. Obarzanek said you need to engage the audience and help them appreciate what is out there .He then talked about working with large groups of people ( the choirs in his Assembly) who were not used to moving and how he used digital items when working with Sydney Dance and how he has used technology constantly.

Kernebone then asked how has technology shaped how the way that they work?

Lewis replied that she wants to develop a more intimate relationship with her audience, that you have to care about your audience.

Uglow talked about one of her latest projects featuring a network between phone and computers with writers talking about projects and technology in the real world.

Obarzanek spoke about the changes in technology and that now you can shift and play with all sorts of various apps, and how nowadays the division between audience and performer, between professional and amateur and those who are untrained, is quite blurred.

Uglow raised the issue of in today’s world of  the constant use of mobiles, the framing of the object in the theatre, non linear construction of narrative and ownership of apps, licences and so on.

Lewis replied that yes there is now much more pressure on companies and performers to be much much better and how audiences are now more visually aware and how with technology they can provide feedback and that companies have to listen.

Lewis mentioned she would love an app or something that could one day come along and change the body, change the costume in performance – she wants the magic of theatre, of seeming to be able to teleport someone on stage, and instant scene changes…

Obarzanek talked about his collaborations with scientists, of images and light, his trip to Java and Lewis talked about live streaming of theatrical performances.

In summing up and answer to audience questions Lewis remarked that her work with Uglow has made her realise how traditional the theatrical form is and spoke about cultural traditions and preservation of the art form and the necessity for working across artforms and genres.

We then ran out of time .Kernebone thanked the panel and the session closed. 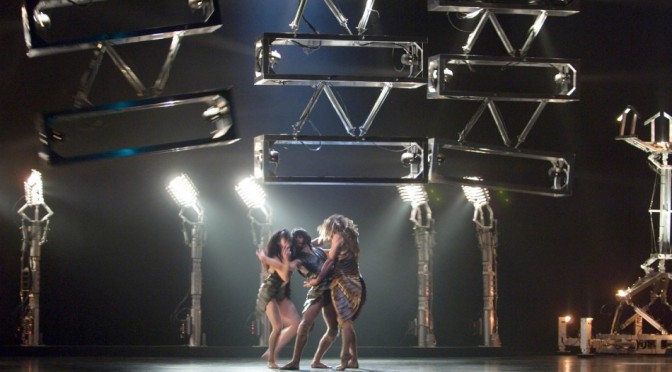 It is interesting to note that in this case women outnumber men and that almost if not all the choreographers have held the position of Artistic Director, often of their own company. END_OF_DOCUMENT_TOKEN_TO_BE_REPLACED