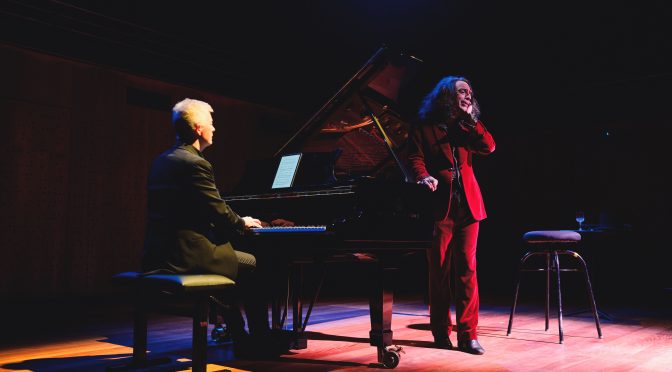 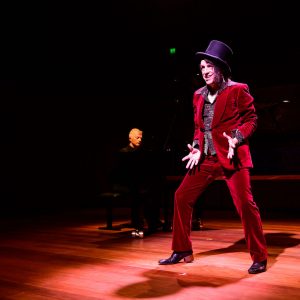 Choosing some great songs, applying your singing talents and acting skills with accompaniment from a fine pianist has resulted in a very entertaining show. Paul Capsis and Francis Greep’s acoustic show evokes 1930’s Berlin’s cabaret scene while recounting an
emotional story of infatuation and heartbreak.

Opening with Wilkommen from Cabaret set the tone for the evening. It was followed by the Berthold Brecht / Kurt Weill Alabama Song allowing Paul Capsis to draw the audience in with his expressive facial expressions and embodied choreography. Paul’s captivating style added another layer to this marvellous song.

Mack the Knife was given a local update with references to a fire in Bankstown and the demise of twenty refugees and a cat. Popular versions of this song, such as Bobby Darin’s or Frank Sinatra‘s, seem to focus on the catchy tune whereas Paul Capsis and Francis Greep bring a disturbing level of malevolence to this song. END_OF_DOCUMENT_TOKEN_TO_BE_REPLACED 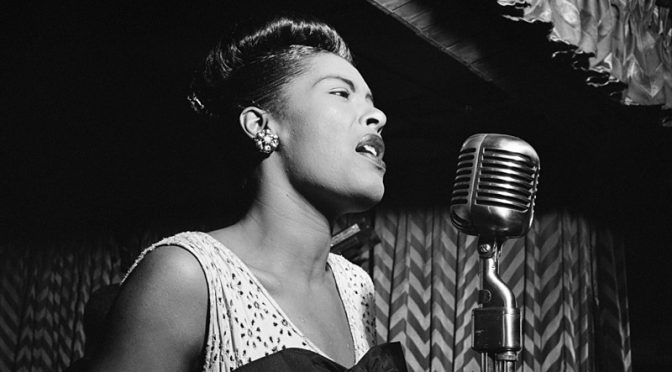 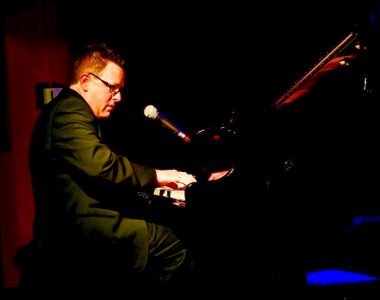 Passionate performances of songs associated with the marvellous Billie Holiday made for a great night’s entertainment at Foundry 616. The Rodric White Septet and singer Lana Nesnas presented the songs made famous by Billie Holiday or that have a connection to her and her contemporaries.  Rodric White’s arrangements allowed the talented six piece band to display their considerable skills.

The show opened with a three piece instrumental version of How Deep Is the Ocean (How High Is the Sky), before Lana Nesnas joined the trio for Them There Eyes. Lots of great songs followed with the size of the band growing or shrinking to suit the song and the arrangement. What A Little Moonlight Can Do was followed by Don’t Explain and They Can’t Take That Away From Me allowing the musicians to entertain and display their skills as soloists and as an ensemble. END_OF_DOCUMENT_TOKEN_TO_BE_REPLACED 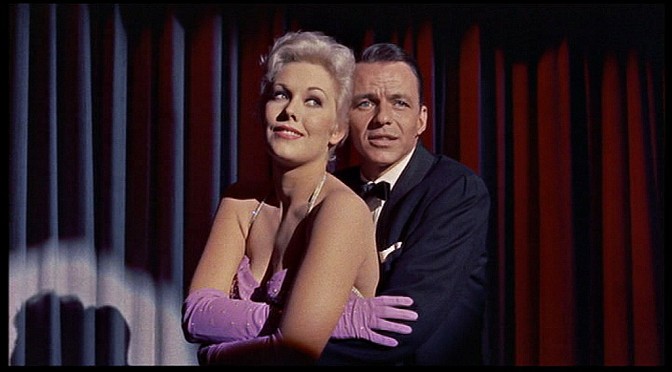 An uber impressive celebration of the centenary of Sinatra is the pictorially splendid, THE CINEMATIC LEGACY OF FRANK SINATRA.

Sinatra’s musical legacy is entrenched in the collective psyche, but, even though he won an Academy Award, his extraordinary contribution to film has been overshadowed.

Australian born David Wills brings Sinatra’s cinema into sharp focus with a book that is loaded with pictures that chronicles his celluloid career and forces the recognition of the bona fide classics and iconic stature of many of his films. END_OF_DOCUMENT_TOKEN_TO_BE_REPLACED