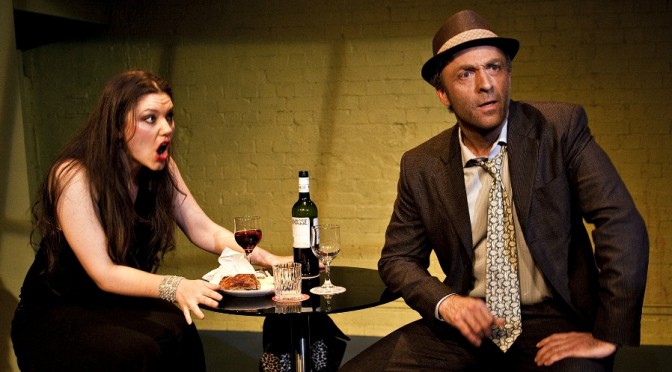 American playwright John Patrick Shanley’s play FOUR DOGS AND A BONE (1993) is theatrical take on a filmic confection.  There are only four scenes in the play, four characters and the bone of the title is the unnamed film in which they are all involved.