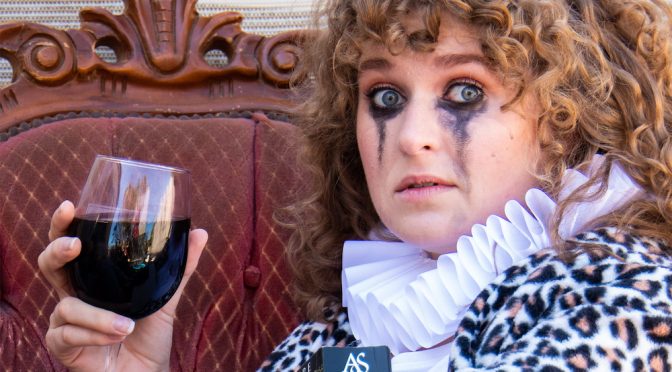 On a dark stormy night in Petersham, housemates Grace and Varya drunkenly conduct a séance. They wake up the next day to find a naked Englishman sleeping on their couch. And he says his name is Wil. Wil Shakespeare.

In a world where the future seems increasingly uncertain, and life a little too tenuous, Grace yearns to find the magic in the little things. When the reality of grief becomes too painful, she turns to fantasy. She chooses to believe. But when reality slides too far out of her grip, danger lurks.Directed by Erica Lovell, with production design by Anna Gardiner, lighting design by Jasmin Borsovszky, and original composition and sound design by Chrysoulla Markoulli, the production features Madeleine Withington in the title role alongside Suz Mawer (Coram Boy, Doctor Doctor) as Varya and Joshua Shediak (Confessions of Jeremy Perfect, The Intervention) in the role of Wil. END_OF_DOCUMENT_TOKEN_TO_BE_REPLACED 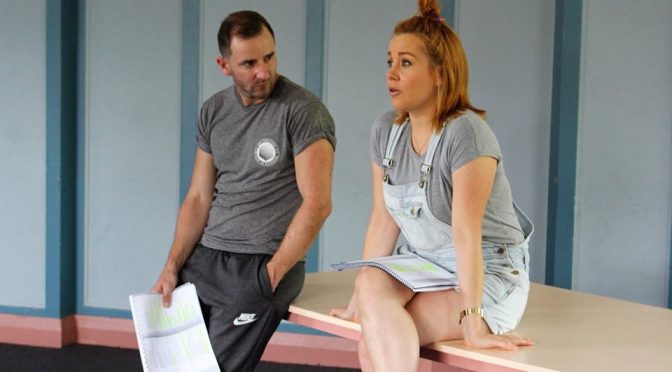 Hunter and Gordon have come to blows.  Hunter has returned to his rural hometown after seven years away to find progress in an unstoppable march.  His boyhood home is next to be sold and developed, his mother Margaret, has been relocated and his elder brother has dollars in his eyes.  There’s a squabble inevitable as Hunter refuses to let go of the past.  Local police officer Walker will handle the physical dustup but Gordon’s wife, Rachel, will be left to moderate between the two.  There are big stakes for both men and intractability is their male heritage. END_OF_DOCUMENT_TOKEN_TO_BE_REPLACED 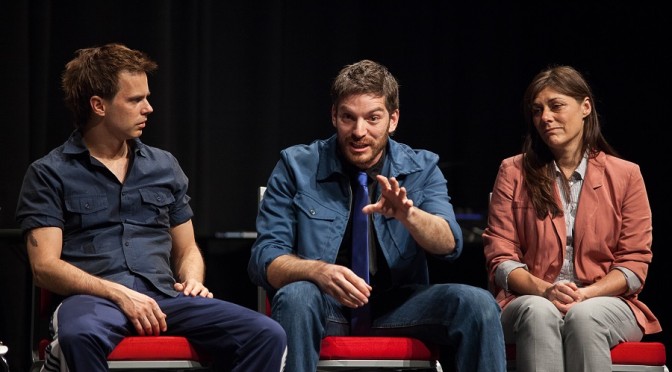 FACE TO FACE is one of David Williamson’s plays from his Jack Manning Trilogy. The Trilogy is based on community conferencing, where victims and perpetrators of a crime are brought together to attempt to achieve a resolution and to avoid the court process. This might sound like good and worthy material for a typical left wing Williamson play and it could be viewed as such but the sharp and intriguing dialogue lifts it to a higher level. As could be expected the boss is exploitative and the workers treated badly but these are secondary issues to the main drama.

Glen Tragaskis, in a catching performance by Andrew Cutcliffe, a young scaffolder who has been fired and then rams his car into the bosses Mercedes. A community conference is held to try and resolve the situation and avoid court and gaol. Jack Manning, in an excellent performance by Glenn Hazeldine, starts nervously as he facilitates the conference, but generally directs the conversation assuredly as various unexpected side issues emerge. Bullying and pranking are common practices at the scaffolding site and these lead Glen to reacting violently and consequently being fired. These issues are further investigated and explored in the conference and it emerges that just about all of the characters in the play have acted dishonorably or inappropriately.

Willamson is in his best form writing the heartfelt, emotional and witty dialogue. Sandra Bates’ direction utilises this fine writing to encourage strong performances from the talented cast.

Adriano Cappelletta is excellent as Luka, a workmate of Glen, involved but not a ringleader in the bullying. Jamie Oxenbould, Erica Lovell, Kristian Schmid, Catherine McGraffin, Warren Jones, Fiona Press and Jessica Sullivan each bring fine performances to the production.

There is a plenty to enjoy about Face to Face. It feels as if the conference could erupt into a wild brawl or an all out screaming match, or possibly proceed in the opposite direction and with excessive hugging and crying but Williamson’s well crafted script avoids melodrama and keeps the audience fully engaged.

FACE TO FACE, along with the other two plays of the Jack Manning Trilogy, A CONVERSATIONB AND CHARITABLE INTENT, is playing at The Concourse, Chatswood, until 27th September. 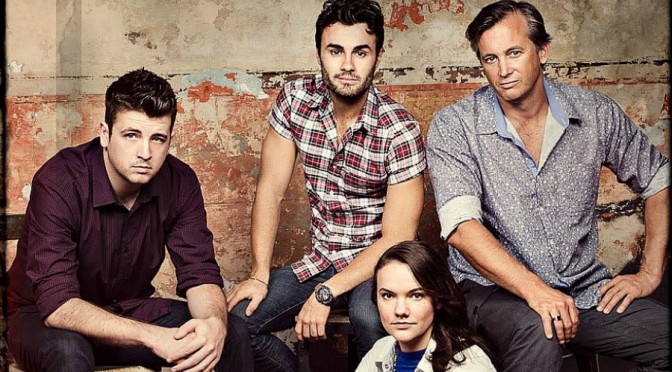 Everyone who adores the music of Tim Freedman and The Whitlams, should see this new musical with a strong autobiographical bent: TRUTH, BEAUTY AND A PICTURE OF YOU.

The long anticipated musical, TRUTH, BEAUTY AND A PICTURE OF YOU, is now on stage in its World Premiere. Directed and produced by Neil Gooding, and stars Ian Stenlake (Guys and Dolls, Sea Patrol), Erica Lovell (Little Women, Spring Awakening), Scott Irwin, Toby Francis and Ross Chisari, and is inspired by and based on the song characters, stories and lyrics, of one of Australia’s greatest singer-songwriters, Tim Freedman.

On 4th December 2011, I saw the one workshop presentation of this new Australian musical at the Fusebox in Marrickville. The very early beginnings of TRUTH, BEAUTY AND A PICTURE OF YOU, was part of a New Musicals Australia Workshop Presentation, and this new musical had a very limited seven day rehearsal process, with a full professional cast and production team.

Based on an original story idea by Alex Broun, Tim Freedman’s classic songs have been cleverly crafted into an original storyline and very moving drama. Many years ago, all the band members were legends living in three blocks in the inner-west. Tightly paced, the story quickly moves backwards and forwards through time, as seen through the eyes of Tom, the 20 year old son of a former band member, and his Mosman girlfriend, whilst revealing all about the life-long friendships of his Dad’s Newtown band and the band mates’ lost youth, and the son finally discovers the whole truth about his father. In the words of Alex Broun, “Tim’s music and lyrics have always captured a timeless essence of human interaction – love, longing, loneliness.”

Highly Recommended, a great nights entertainment as this extraordinary cast of Sydney’s finest musical theatre talent, showcase THE WHITLAMS’ biggest hits from their four platinum albums, and their lyrics quickly move the story forward, and include: You Gotta Love This City, Laugh in their Faces, God Drinks at the Sando (yes The Sando has gone, so these days the “Botany View Hotel”), Buy Now Pay Later, Beauty in Me, No Aphrodisiac, Blow up the Pokies, Fall for You, Charlie No.1, Keep the Light On and Best Work.

This show contains some coarse language and sexual references. May not be suitable for children under 13.