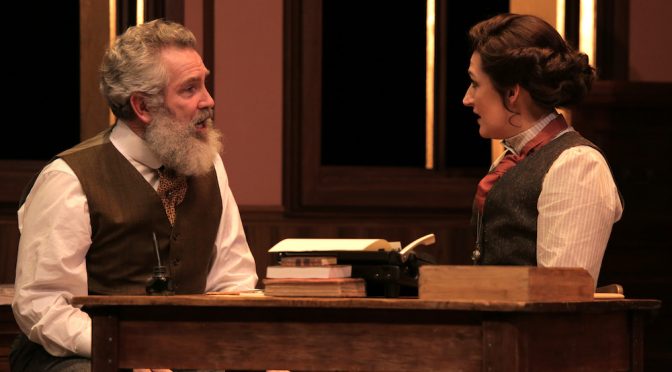 Rufus not only has to cope with a headstrong young woman on staff but also with the protestations of Kingsley who wants the paper to get behind his scheme to make Koolgalla more economically sustainable with an eye to agriculture to give it a better chance to survive now that the gold mining is petering out. Rufus’ hands are tied. A mining magnate John Mason gives the paper a lot of financial support and without his money the paper might fold. Mason refuses to see any future for Koolgalla that doesn’t involve gold mining. END_OF_DOCUMENT_TOKEN_TO_BE_REPLACED 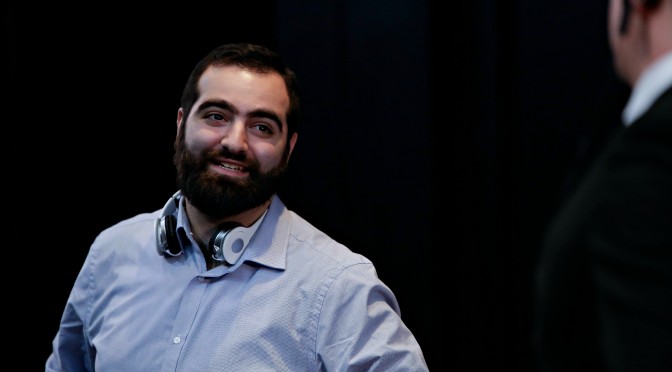 It’s not the tune but what a musician does with the tune that often gives a piece its special quality.

The same goes for a writer…it’s not so much the subject, but how a writer plays/works with it, the composition, if you like, that can give a play its appeal, its resonance.

There’s some interesting touches and tones that playwright Benedict Hardie brings to the perennial theme that exists within THE BOAT PEOPLE.

The play is about the steps that people go about to rebuild their lives in their new homeland and the baggage and the struggles that they have gone through in getting ‘here’ and the touch balancing acts involved.

Benedict Hardie helms his own play and realises a strong production. The show goes 100 minutes straight through and the cast keep up a good energy all the way through.

Emily Rose Brennan primarily as a pushy journalist and Luke Joseph Ryan mainly as an equally pushy, though in an all together way, physical trainer in the supporting roles.

THE BOAT PEOPLE is set in Sarah and Karl’s living room of their upmarket house with its all glass outlook as deftly suggested by Michael Hankin’s design.

Recommended, THE BOAT PEOPLE, a co TRS and Hayloft Project production, plays at the Bondi Pavilion Theatre until 21st June.

You can’t quite prepare yourself for your first visit to the Old 505 Theatre. It’s an adventure up a lift to level 5 and then through a labyrinth of what can best be described as 20th century Bronx architecture.

However, on arrival you are greeted by a small, intimate space where you just know raw talent is bursting to entertain you. Tonight’s fare is the Stephen Vagg penned SIDEKICKS billed as a romantic comedy about a couple told from their best friends’ point of view.